What will a US ban on WeChat mean for Chinese netizens? 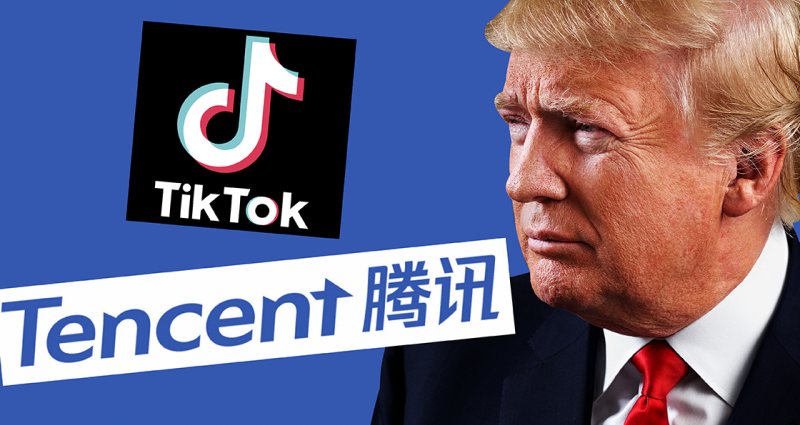 While many in the West have criticized Trump’s ban, some overseas Chinese dissents see the decision with positive eyes

United States President Donald Trump signed on August 7 two separate executive orders that will ban TikTok and WeChat from operating in the country within 45 days if they are not sold by their Chinese parent companies to US firms.

The orders will prohibit “any transactions by any person, or with respect to any property, subject to the jurisdiction of the United States,” with ByteDance Ltd in the case of Tiktok and Tencent Holdings Ltd in the case of WeChat.

While ByteDance is in negotiations with Microsoft over the purchase of TikTok, WeChat will probably face a straight ban as it is unlikely that Tencent will sell the app to a US company.

Both apps have been under fire by the Trump administration, which cites “national security” concerns as relations between the US and China are increasingly hostile.

With the majority of the Western social media and messaging apps such as Facebook, Twitter, and Telegram all blocked in China, WeChat remains a major channel for business and social communication between mainland Chinese people and their overseas contacts.

A complete ban could force them to establish other channels for future communication. In fact, within a day, the messaging app LINE has seen a surge of 213 percent in downloads following the news of the WeChat ban. Small businesses that rely on advertising income from WeChat could also be affected if US banks forbid transactions with Tencent.

While many in the West have criticized Trump’s ban, citing violations of free speech and distraction from more pressing domestic issues, some overseas Chinese dissents see the decision with positive eyes.

WeChat ban could free overseas Chinese from the CCP brainwshing network. They would start exploring the new world. This is great.

Chinese political cartoonist Badiucao also defended the ban in a series of tweets:

Wechat surveillance controls and manipulates its users regardless where about and nationalities.
It is the the most important mean for Chinese government to export its propaganda and censorship beyond its soil […] tolerating WeChat like apps create a paradox for free speech.
and because its made in China, its technically not possible to fix or regulate it either […]
App like WeChat is like a mobile “Great Fire Wall”.
it changes people’ habit of free speech via its user attachment with Chinese market.
Banning WeChat will push people seek alternatives inside and out China

TikTok, a video-sharing mobile app that reportedly has been downloaded 175 million times in the US has been criticized for automatically collecting location data and digital traces such as browsing history and shopping lists.

In November 2019, the app shut down the account of a US teenager after she highlighted the Chinese government’s human rights abuses in Xinjiang on a makeup tutorial. TikTok later reactivated the user’s account and apologized for what it said was a “human moderation mistake.” A report by the Australian Strategic Policy Institute alleges that ByteDance plays “an active role in disseminating party-state’s propaganda on Xinjiang.”

As for WeChat, a multi-functional mobile app that provides a variety of user services including content sharing, news subscription, electronic payment, messaging, and online shopping, there have been a number of reports indicating that the app monitors and censors private conversations, filters out content at the request of the Chinese authorities, and has deleted content posted by politicians in Canada and Australia who used the app to reach out to their Chinese diaspora constituents.

Trump’s executive order is the administration’s first concrete step since the announcement of the expansion of the Clean Network Program by State Secretary Michael Pompeo on August 5. The program intends to exclude telecommunication networks, applications, smartphone manufacturers, cloud hosting services, and undersea cables from “untrusted People’s Republic of China,” as the press release says, from accessing the US market.

The spokesperson of the Chinese Ministry of Foreign Affairs, Wang Wenbin, criticized Trump’s ban as violating “free-market principles” and urged Washington to “correct its mistakes.”

BBC’s Chinese correspondent Stephen McDonell suggested that the Chinese official reaction was ironic given that a number of US apps have been banned in China for years:

From today’s #China Daily: With Facebook, Google, Twitter, YouTube etc etc all blocked here I don’t know how they can put the paper together with a straight face. The #US has “abused national power to suppress and contain high tech enterprises”… “violates fair competition”. pic.twitter.com/yfO2uA9yrp

2020-08-08
Previous Post: ‘Wiki Loves Africa’ 2020 features images of a continent on the move · Global Voices
Next Post: In Pakistan, a man accused of blasphemy was shot dead in a courtroom. His killer was hailed as a hero. · Global Voices