Why urban density is good for health – even during a pandemic 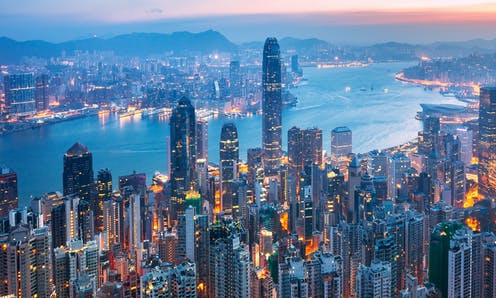 Disease outbreaks shape our cities. Public health concerns have influenced some of the most iconic developments in urban planning. London’s sewage systems were developed in response to cholera outbreaks in the 19th century. In the USA at the turn of the 20th century, public parks became a popular (though possibly ineffective) way of offering citizens cleaner air to protect them from diseases such as tuberculosis. Now, COVID-19 may have an impact on urban spaces, too.

The spread of COVID-19 in some of the world’s most populous cities has raised concerns about density, the number of people inhabiting a given urbanised area. Busy sidewalks, buildings and public spaces make physical distancing difficult, increasing the risk of contagion. This critique against density goes back to the late 19th century, when some American civic leaders argued that disease and poverty stemmed from crowded and unsanitary conditions in dense cities.

However, the idea that density is unhealthy is an oversimplification and misleading when it comes to COVID-19. Findings from our research show near-zero associations between the density of 36 world cities (as measured in people per square kilometre) and rates of COVID-19 cases and deaths.

To control COVID-19, dense megacities such as Hong Kong, Tokyo and Seoul introduced public health actions such as testing, contact tracing, isolation and quarantine in a timely manner, and combined these with physical distancing and mask wearing. These measures have been effective in containing early outbreaks of the virus, despite high density raising the risk of infection.

When it comes to determining how vulnerable city residents are to COVID-19, density is likely to be just one of several key factors. Rather, the key issue is lack of space – both private living space and wider neighbourhood public space. The top five most-crowded neighbourhoods in the UK have seen 70% more COVID-19 cases than the five least-crowded neighbourhoods, even after controlling for local deprivation. It’s not how many people live in a certain area that matters, but the conditions they live in.

Given the above, we’re troubled by recommendations to reduce urban density in favour of suburban living in an effort to control COVID-19. Not only is urban density not a key driver of COVID-19, it has protective health benefits.

Over 20 years of research shows higher urban density is related to a lower risk of chronic diseases, such as obesity, diabetes and heart disease. This is largely due to people in higher-density communities being more physically active. Their local areas are more “walkable”, meaning that more often they can walk to nearby shops, schools and other services. Reducing urban density would most likely have a net negative impact on health, raising rates of the non-communicable diseases just mentioned.

Lowering urban density will instead increase demand for transport. Private automobiles may be favoured over public transport in the future, as single-occupancy rides minimise social contact, lowering the risk of infection. But this would raise risks of non-communicable disease due to inactivity during vehicle use, respiratory illnesses due to air pollution, and injuries and deaths due to traffic crashes.

Plus, suburban developments centred around using cars are inequitable. The necessity of owning a car is a burden on people who cannot afford one (or do not want one). Lower-income households, single-car families, disabled people, and older adults who no longer drive would face greater inequities in accessing affordable housing, education, leisure facilities and employment opportunities.

A better way of protecting health would be to provide people with more space to be active in their neighbourhoods, for instance space for walking or cycling. This is likely to have a double benefit, both reducing the spread of COVID-19 by reducing any crowding in the streets and lowering the risk of deadly chronic diseases.

Ensuring more options for outdoor physical activity in low-income communities would reduce health inequity, too. Low-income households are more likely to live in overcrowded housing units, which are emerging as COVID-19 infection hotspots. In cramped conditions with a lack of personal space, it’s nearly impossible to follow self-isolation guidelines.

Low-income neighbourhoods may also have less public outdoor space, which compounds the issue of overcrowding – the risk of coronavirus infection may be up to 20 times higher when indoors than outdoors. There’s also a compelling link between outdoor exercise and a strong immune system.

So for residents in cramped housing without private outdoor space, local parks could offer respite and decrease exposure to infectious diseases. Where parks are not available, allocating more road space for walking and cycling would be important. Some cities are already implementing temporary measures to make streets safer for pedestrians and cyclists, such as reallocating road space away from motor vehicles and lowering speed limits.

Multiple findings show that we shouldn’t let COVID-19 lead to reductions in the density of our cities. Yes, efforts are needed to reduce extreme crowding, such as in slums, and to provide people in every neighbourhood with sufficient outdoor space for physical distancing. But urban density in general is weakly related to COVID-19 cases and deaths. Rather, it’s an essential component of walkable communities, which protect people from chronic diseases.

Deepti Adlakha receives funding from the UK's Economic and Social Research Council, the Department for the Economy (Northern Ireland), the Royal Institution of Chartered Surveyors and the Government of India's Scheme for the Promotion of Academic and Research Collaboration. She is a steering committee member of the Low- and Middle-Income Country Research Council of the International Society for Physical Activity and Health (ISPAH) and a STEM Ambassador who works with local schools on a voluntary basis.

James F Sallis is employed by the University of California San Diego and Australian Catholic University, Melbourne. He receives research funding from the US National Institutes of Health and the Robert Wood Johnson Foundation. He is on the Board of Directors of Rails to Trails Conservancy. He receives honoraria and royalties from Gopher Sport Inc. related to youth physical activity programmes.

2020-07-24
Previous Post: Curious Kids: How much does a cloud weigh?
Next Post: ‘My dog is my home’ – the need for pet-friendly accommodation for homeless people