Shamima Begum: what the legal ruling about her return to the UK actually means 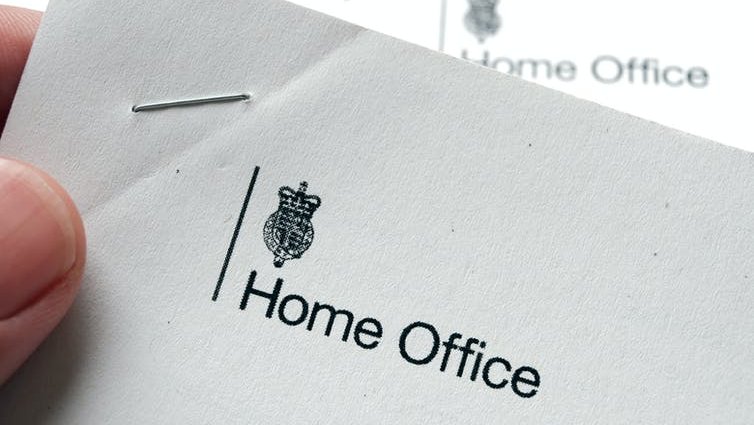 Shamima Begum, who left the UK as a 15-year-old schoolgirl for Syria in 2015, should be allowed back so that she can effectively challenge the removal of her British citizenship, the Court of Appeal ruled on July 16.

The decision – which the Home Office announced it would appeal – has been portrayed as a victory for Begum and a win for human rights. Opponents, such as the former home security Sajid Javid, criticised it as a “lightning rod for both Islamist and far-right extremists”.

But neither portrayal of the case is wholly accurate. There is very little that Begum has actually gained from this decision – although it does have the potential to change the way in which counter-terrorism cases are reviewed by British immigration courts.

Despite the tens of thousands of European and British nationals who travelled to Syria, Begum has been the prominent face of the British policy of removing British citizenship from those it suspects of joining Islamic State.

In February 2019 it emerged Begum was in a camp in Syria, soon after which the Home Secretary removed her citizenship, arguing that she has eligibility for Bangladeshi citizenship and would not be left stateless. Her newly born child died soon after. According to the new ruling, no substantial evidence has so far been presented to the courts of her engagement in terrorist activities while in Syria.

This case is actually an appeal about an appeal. Begum, who is still living in a camp in Syria, was appealing against a decision in June 2019 that refused her entry to the UK to make a separate appeal at the UK’s Special Immigration Appeals Commission.

Any gains she makes in the case will not automatically help her to restore her British citizenship – rather they will allow her to participate in an effective and fair manner in the immigration appeal.

In reality, the decision to give, and implement, a “leave to enter” order – which means somebody can enter the country – rests with the Home Office immigration officials who can refuse entry even when somebody arrives at a British airport. So despite the new ruling, Begum has no guaranteed right of entry. Should she be refused entry or deported on arrival, the only recourse would be to bring yet another judicial review against the decision.

In their decision, the judges reinvigorated the role of the Special Immigration Appeals Commission (Siac) in national security matters. The Court of Appeal reminded Siac that it is an appeals court which should conduct a full review by assessing all the facts in a case itself, rather than relying on the decisions of other courts or bodies.

In the past, Siac has rarely engaged with full factual analysis, at least in rulings which it makes public. My own research has shown how several human rights issues, such as the right to life, right to be free from torture and right to family life have not been fully evaluated on their merits by Siac. Perhaps this new ruling could change this in future.

The new ruling points out that Begum should be allowed to enter the UK – and she could be arrested and tried should this be considered necessary for national security. She could also be placed under any necessary national security monitoring measures. However, if she is not allowed entry, her lawyers argued she remains unable to even communicate with her counsel from the camp where she’s living. The judges clearly found this convincing evidence that Begum would not be able to obtain a fair appeal in such circumstances.

Not the end of the story

But there is little else for human rights advocates to celebrate. The decision accepts the legal route taken by the government to cancel a person’s British citizenship for national security reasons. Human rights challenges to such laws are unlikely to be straightforward in this context. The judges were also clear that just because there may be lack of fairness if she is not present in the UK, Begum cannot win her Siac appeal solely on that basis.

There were, however, some guarded but sympathetic observations from the judges about how a teenager, who is likely herself a victim, had her citizenship removed. The Court of Appeal found that Siac is the best place to fully assess that, and also fully assess the risks that Begum faces after being deprived of her citizenship, such as to her life and liberty.

Begum’s immigration appeal is far from over – the proceedings are complicated and not easily resolved. But the ruling indicates that simply cancelling someone’s British citizenship will no longer be the end of the story for the Home Office. The government may have to answer additional legal questions about how the person is affected by such removal of citizenship.

Dr Devyani Prabhat received funding from the Economic and Social Research Council UK 2014-2017 for a project on British citizenship.