A tale of two coffee farmers: how they are surviving the pandemic in Honduras 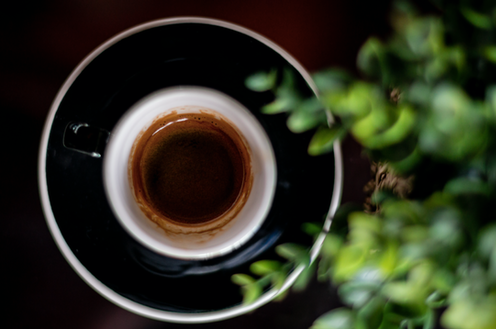 I am a third-generation member of a farming family in Honduras. I fondly remember getting up before dawn every day and riding several miles on the back of a mule to join in the family coffee harvest.

You get involved in everything from tasting the coffee berries to see if they are ready, to picking them and preparing them for drying in the sun. Every family has its own recipe for a final product: in our case, we would harvest cinnamon bark from trees on the farm and blend it with the coffee.

My family is one of thousands that provide the world with its daily dose of caffeine by supplying beans with all their distinctive flavours to roasters and baristas everywhere. In normal times, around 2 billion cups of coffee are consumed worldwide every day.

But the coffee business has been hit hard by COVID-19 – particularly producers like my family who are dedicated to cultivating high-quality coffee for export. They are not used to selling coffee within the country and are not diversified into other agricultural products. Due to the pandemic, the government has imposed restrictions that have prevented millions of sacks of coffee from being exported.

Honduras is the sixth-largest coffee producer in the world, and several growers have achieved record prices in international coffee auctions in the past decade, and awards for the quality of their coffee. This has helped coffee-farming families to develop solid commercial relationships with buyers large and small.

I contacted coffee-producing families in different areas of Honduras to talk about how they are getting by. They were experiencing unprecedented business disruption as a result of COVID-19. Many farmers have seen their incomes swept away, and are having to dig deep to survive. Yet I was surprised at the resilience being shown by the people I talked to. Here are some of their stories:

Donaldo Gonzalez is the general manager of Café Aruco, a large coffee cooperative of over 200 farmers in the north-west of Honduras:

We had just finished collecting the coffee harvest in the early months of 2020 and our main warehouse was full. Last year we exported coffee to seven countries. We sent about 40,000 sacks of coffee and we were looking to send again a similar or higher quantity this year.

Most of our harvest was ready to be packed and shipped. The contracts were already signed for our coffee to go the UK, the US and other international destinations. But suddenly, everything had to stop. It was surreal when we received telephone calls from our international buyers saying that we could not ship our products because they would not be offloaded.

Donaldo and his family were forced to cease trading and stay at home. Donaldo has been planting coffee trees with his children in the family farm, teaching them “tricks of the trade” that were handed down to him and sharing the stories of previous generations – the sort of thing for which time is normally very limited for farmers that work incredibly long days.

He also told me about how the lockdown has been a chance for him and other busy farmers in the cooperative to reconnect with colleagues by phone. This has allowed them to share ideas about adapting their processes to prevent the spread of the virus.

They have also been discussing ways of maximising what they can sell locally – even though it’s a much smaller market than export. This has flowed from efforts to help the country during the crisis, for example by giving coffee to local hospitals. Farmers in the cooperative are now thinking about how they can attract people from towns and cities to come and experience their coffee in its rural setting.

Our customers overseas are waiting to have our product in their shops and we are just waiting for the lockdown to be lifted. This crisis has allowed us to rethink how we can do business.

Leonardo Borjas is a third-generation member of a coffee-producing family in the south-east of the country. The family farms a range of other products, such as livestock, and several years ago asked Leonardo to use his skills as an agricultural engineer to develop their coffee crop as a high-quality export.

In 2018 he introduced a range of gourmet roasted coffee products under the Café Papatoño brand, named after his grandfather, and started a high-end coffee shop under the same label. He told me:

As lockdown started we were facing challenging times. People would not be able to visit and purchase our products. We could not export anywhere. Also, international coffee prices remained low compared to previous years.

I have two choices. Either I allow this crisis to break me or it will allow me to break records. People in Honduras want coffee during the crisis. For some people coffee, is an affordable luxury. They are demanding coffee beans to grind at home or a good cup from our shop during lockdown.

Leonardo described how, after the government relaxed internal restrictions in May, he introduced changes such as backpacks so that motorcyclists could deliver his product to people’s doors, and a system to allow people to pay for coffee in rural areas by phone.

He is now struggling to cope with local demand, having seen that customers are choosing his coffee over the alternatives from popular chains. It’s a big contrast to the warnings friends gave him in 2018 that he would have a hard time convincing people to pay extra for his gourmet offering.

He believes that customers are buying his coffee both because of its quality and because of the way he’s now communicating its values and heritage in the packaging. As he puts it, “quality speaks for itself, and in times of crisis that voice is louder”.

As international customers remain on standby during the crisis, coffee-farming families that have invested in improving coffee quality and communicating their story effectively will hopefully re-emerge stronger when demand returns.