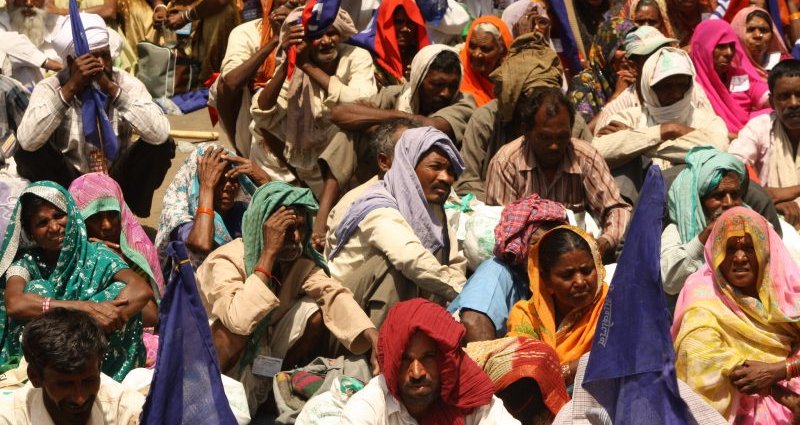 Indians are attempting to awaken their fellow citizens with social media action around #DalitLivesMatter, in the fashion of #BlackLivesMatter.

The hashtag was first used in November 2014, shortly after #BlackLivesMatter started trending. But since May 2020 #DalitLivesMatter had more engagement than the entirety of 2019 (engagement measured as the number of posts with 10 or more replies, likes and retweets).

For Dalits, people from lower castes who are considered and treated as “untouchable” in India, the fight against systemic and social subordination by African Americans has long resonated. In 1972 the Dalit Panthers was founded, inspired by the social activism of the Black Panther Party.

In India, Dalits are traditionally excluded from education, land ownership, employment. While the Indian constitution bans caste-based discrimination, untouchability practices are still enforced by more than half of the upper-class households. Minor infractions by Dalits may result in punishment ranging from humiliation to death.

Read More: Lower Castes in India Are Still Clearing Human Waste With Their Bare Hands, Despite Laws Against It

In 2020 article in the Journal of Business Ethics titled “Understanding Economic Inequality Through the Lens of Caste,” authors  Bapuji and Chrispal note that:

the caste system influences every aspect of socioeconomic life in the Indian subcontinent and elsewhere, through prescriptions that prohibit and restrict actors in particular social arrangements….maintains socioeconomic inequalities through everyday practices and habits, such as last names, food habits, clothing styles, ceremonies, rituals and relationships.

When discrimination occurs the recourse available to Dalits is slim. There is ample anecdotal evidence of police bias against people possessing caste markers.

A Dalit boy was killed by boys from upper caste families after he prayed in a temple in Amroha, UP. Police is denying it rather suggesting it looks as a ‘fight’ between boys. This is how historically caste operates in India and continue to do today. #DalitLivesMatter pic.twitter.com/ufrCBzLTtB

The anecdotes are backed by a 2019 report by the non-profit Common Cause and the Center for Study of Developing Societies that examined police bias in India. The report concluded that 50% of police personnel believe that reported atrocities against Dalits may be false or overblown.

Policing bias is reflected in the reality that more than half of Indian prisoners are from marginalized groups, and they are more likely to die in custody, according to a UN Convention Against Torture report.

A total of 1,731 persons died in custody in India during 2019 which comprises almost five such deaths daily and most of the victims belong to the poor and marginalised communities including Dalit, tribal and Muslim.
– MuslimMirror#DalitLivesMatter #MuslimLivesMatter

With diminished police protection, Dalits are at the mercy of ancient social mores that see them as “less than” and believe that their place is at the bottom of a stratified socioeconomic system.

Darbhanga, Ashok Paswan’s daughter Jyoti Kumari went to the mango behind the adjacent house. Arjun Mishra caught sight of the Dalit girl while breaking the mango and caught her and killed her with a stone.
The terror of Brahmin litigants is increasing in Bihar.#DalitLivesMatter pic.twitter.com/RL5Okq14Qf

The Coronavirus outbreak has exacerbated the situation for Dalits living in crowded conditions with scarce access to medical facilities. In addition to worsening their segregation, there has also been an uptick in violence against Dalits.

Indians who support #BlackLivesMatter have been criticized for supporting African-American struggles while staying complicit in subordinating fellow Indians.

Indians’ support to #BlackLivesMatter is hollow and utterly useless if we don’t talk about atrocities on Dalit lives here. We don’t talk / outrage enough about this. #DalitLivesMatter https://t.co/sWm6w1DOfB

Woke Indians are tackling Dalit subjection with long-term interventions like fostering entrepreneurship and education. As the Dalit visionary Dr. Bhim Rao Ambedkar said, social reform is difficult, but not impossible.

2020-07-05
Previous Post: Coronavirus: asymptomatic people can still develop lung damage
Next Post: The future of periods can now be sustainable and cheap