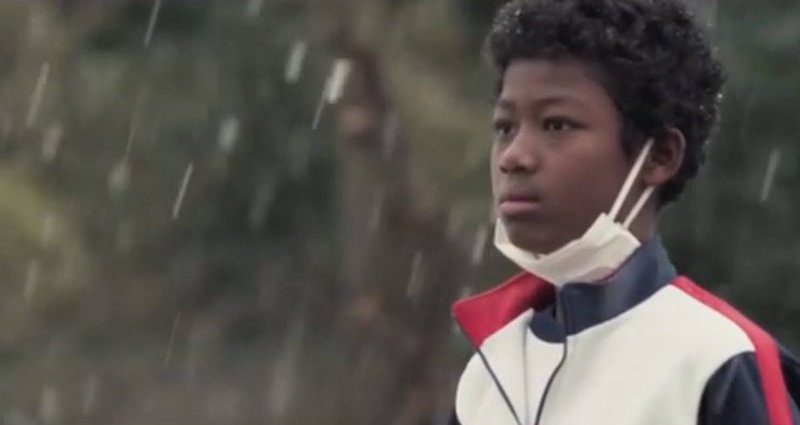 Screencap of “Born With It” from Emmanuel Osei-Kuffour Jr.’s public Vimeo account.

“Born With It”, a short film by American director Emmanuel Osei-Kuffour Jr., tells the story of Keisuke Fujii, a young boy who has changed schools after his mother has moved from Tokyo to take up a new job in the countryside. The boy, who is black and Japanese, must endure and somehow learn, own his own, how to deal with the racist taunts of his new classmates.

Osei-Kuffour’s short film was originally released in 2015, but has recently seen a resurgence of interest following a June 2020 joint screening held by New York City’s Japan Society and the Japan-American Society of Houston.

Osei-Kuffour has worked as a filmmaker in Singapore and Japan, and is now based in the United States. The film’s lead is played by Japanese native Dadie Takagasugi, whose mother is Japanese and father is Ghanaian. In interviews, Osei-Kuffour has said he got his idea for “Born With It” after experiencing racism as a graduate student in Singapore, but he says he also based the character of Keisuke on conversations he had with Japanese friends with black heritage and their experiences growing up in Japan.

“I hope that my film will help those that are different feel less isolated and more confident in their uniqueness,” said Osei-Kuffour in an interview shortly after the film’s release.

Other short films by Osei-Kuffour are available to watch online, including “The First Time” and “When Doors Open.” “Born With It” can be viewed in its entirety on Vimeo.