Coronavirus: why it’s dangerous to blindly ‘follow the science’ when there’s no consensus yet 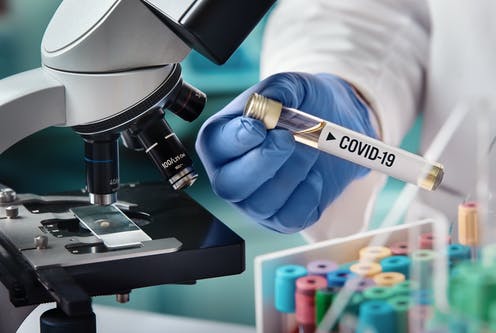 The Lancet and the New England Journal of Medicine are among the most influential scientific journals in the world. Both have recently had to retract studies on the effectiveness of COVID-19 treatments after doubts were raised about the underlying data. The scandal reveals the dangers of “fast science”.

In the face of the virus emergency, research standards have been relaxed to encourage faster publication and mistakes become inevitable. This is risky. Ultimately, if expert advice on the pandemic turns out to be wrong, it will have dire consequences for how reliable scientific evidence is treated in other policy areas, such as climate change.

The pandemic has become politicised, pitting smug liberals versus reckless conservatives. There’s also a move towards thinking about options in terms of science versus common sense. If we accept this framing, we risk causing people to believe that experts are no better than the rest of us at making predictions and providing explanations that can guide policy.

For example, some “lockdown sceptics” have responded to falling death rates by arguing that the lockdown wasn’t necessary in the first place. Setting aside arguments over to what extent lockdowns saved lives, it is right to worry about the way this has cast aspersion on expertise more generally.

But we shouldn’t see the epidemiologists advising governments as having the same standing – in regard to the pandemic – as other experts have with regard to other hot-button issues that engage scientific consensus. It is misguided to think that, because epidemiology is a well-established science, the guidance it provides us with right now is necessarily perfectly reliable.

There is no reliable science – yet – of the novel coronavirus. Because it is novel, the models that the epidemiologists use must make assumptions based on incomplete data.

We have seen dramatic revisions in these models as some of the assumptions came to be seen to be completely off-base. Even now, there is good reason to worry that some of the models governments rely on may exaggerate the infection fatality rate. Testing has concentrated on the most sick — but if others infected with mild or no symptoms were factored into the calculations, the fatality rate would be smaller, by a currently unknown amount.

Part of the underlying problem is built into the way epidemiology is organised to deal with new, unfolding disease in a fast-moving environment. Leading epidemiologists see themselves as synthesisers of “many branches of science using many methods, approaches, and forms of evidence”. But it takes time to collect and combine such evidence.

Lives versus the economy

Epidemiology is not the only discipline relevant to the response to the pandemic. Lockdowns themselves have costs, of an unknown magnitude. Too often, these costs are presented as economic costs, as if we faced a choice between a healthy economy and healthy people. But people die from recessions.

We should frame the issue as one pitting lives against lives, not lives against the economy. Estimating the effects of lockdowns on future deaths and illness, physical and mental, is not a matter for epidemiologists alone but for a variety of disciplines – psychiatrists, sociologists, economists, educators, public health experts and many others.

Coming to a reliable consensus takes time and the input of many disciplines, especially because the consequences of any policy affect so many areas of life. There simply has not yet been enough time for such a consensus to emerge.

Climate science looms over the pandemic debates and offers an example of the value of tested science in public policy debates. From the beginning of the crisis, many have worried that conceding anything to those with reservations about following the authority of science will play into the hands of climate sceptics.

There is every reason to believe that the strong consensus that exists with regard to climate science is fully justified. A central part of the reason that the consensus is trustworthy is that it has been stress-tested so many times from so many angles.

Scientific claims like “carbon emissions cause global heating” are not the province of any one discipline. Rather, the expertise of many disciplines is needed: physicists, paleoclimatologists, mathematicians, astronomers and many more have contributed to making climate science robust. All these experts are required to identify mechanisms, rule out alternative explanations and make predictions.

We strongly advocate giving scientific input into policy significant weight. Though in this case that advice can reflect only some of the science and offers a partial picture. Taking that advice is taking a bet, and we should not be very surprised if we lose that bet in ways we only dimly understand in advance. The stakes of this bet are especially high when taking the advice requires suspending some civil rights.

If we do lose the bet, having framed the debate as one of experts versus sceptics will lead to a victory for that latter. That would set back our response to issues that rely on scientific certainty, especially climate change, by decades.

Science is our best guide to the world. But reliable science takes time and contributions by many different kinds of people, including the values of the public. We should celebrate the achievements of science, but recognise that not all science is equally warranted.

Eric Winsberg and Neil Levy do not work for, consult, own shares in or receive funding from any company or organization that would benefit from this article, and have disclosed no relevant affiliations beyond their academic appointment.

2020-07-03
Previous Post: Coronavirus and school exams: despite plan for grading pupils, there may be trouble ahead
Next Post: Coronavirus: Social distancing is cutting asylum seekers off from education and support