UniSuper take note: there’s no retirement on a dead planet 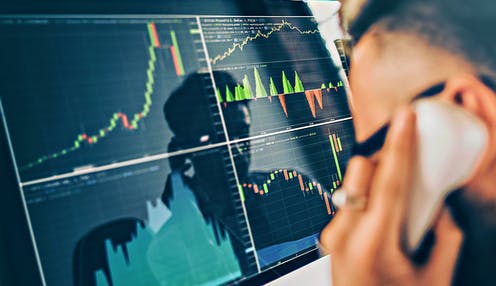 HESTA, the industry super fund for health and community workers, plans to dump its shares in thermal coal mining companies.

Beyond that, its Net Zero by 2050 program announced on Friday commits it to cutting the carbon emissions in its portfolio by one third by 2030, and to “net zero” by 2050.

UniSuper, the fund that controls most of the retirement savings in the higher education sector, is bigger, managing A$82.2 billion instead of $53.8 billion.

Like many superfunds, UniSuper does not fully disclose how it invests these funds. However, what it does report (and you can read its report on climate risk and its investments here) is troubling.

It invests 12% of its funds – one in every eight dollars – in companies involved in fossil fuels. Half of that, 6%, is invested “directly related to fossil fuel exploration and production business activities.”

6% of UniSuper funds in fossil fuels

UniSuper has responded to criticism of these investments of almost $10 billion and $5 billion by noting that three quarters of its investment portfolio has “set targets around emissions”.

Sustainable High Growth and Sustainable Balanced both include the mining company Rio Tinto in their top 12 shareholdings.

Global Environmental Opportunities excludes Rio but includes companies with no obvious link to environmental opportunities such as the Citrix Systems server and software corporation.


The second-largest holding in that fund (after SolarEdge Technologies Inc) is
Digital Realty Trust Inc, a data centre provider that sourced 39% of its energy from renewable sources in 2016, but only
30% in 2018.

UniSuper defends these investments by saying it pushes for climate action by engaging with the companies in which it invests. However, its responsible investment reports suggest it voted in favour of few if any climate change-related shareholder resolutions at Australian company meetings.

University staff have fewer choices than most

It would be tempting to suggest that if UniSuper members don’t like UniSuper’s investment choices they can leave.

But UniSuper is unusual among super funds. Most members are tied to it. Enterprise bargains have made membership of UniSuper compulsory for employers of institutions such as the University of Western Australia.

Other universities effectively bar employees from choosing other super funds without formal restrictions. UniSuper is the default fund into which new employees are automatically funnelled.

It runs one of Australia’s last remaining defined benefit schemes, in which retirement benefits are related to years of service and salary rather than the accumulation of funds invested, and in which the investment of funds is particularly opaque with regard to climate change.

This is troubling because all new university staff members are defaulted into the defined benefit stream and are only able to switch to the accumulation stream during the first two years.

But they’re not powerless

The more that UniSuper members sign up to it, the less room there will be for UniSuper to claim it is serving members interests.

Read more:
What limits shareholder activism as a force for good: the free-rider problem


University staff members can approach their UniSuper Consultative Committee about investments, and union members can lobby the National Tertiary Education Union to include more other super funds in enterprise agreements.

And many UniSuper members are actually able to transfer their funds to other super funds (or at partially – it’s harder than for most funds). UniSuper provides a fact sheet explaining how to do it.

The threats posed by climate change to investment returns and standards of living in retirement are real.

The umbrella organisation for the world’s central banks says climate change is likely to cause the largest economic dislocations ever seen and could bring about dramatic drops in the value of portfolios, including a 25% reduction in global GDP growth.

It concluded that 2°C would have the least damaging effect on portfolios, and that fund managers, motivated by the economic and social interest of their beneficiaries, had the opportunity, “arguably the obligation”, to use their investments to help bring about this more economically-secure outcome.

We agree, there is no retirement on a dead planet.

Adam Barsky is on the board of directors for the not-for-profit organisation The Social Footprint Index.

Michael Zyphur receives funding from Australian Research Council and the University of Melbourne.

2020-07-02
Previous Post: We developed tools to study cancer in Tasmanian devils. They could help fight disease in humans
Next Post: The sun is setting on unsustainable long-haul, short-stay tourism — regional travel bubbles are the future