Africa waited for solutions to past health crises: will it be different for COVID-19? 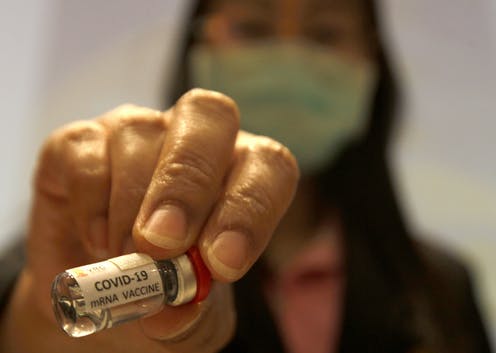 The World Health Organisation (WHO) recently noted that “researchers are working at break-neck speed” to understand SARS-CoV-2, the virus that causes coronavirus disease (COVID-19). They are also working to develop potential vaccines, medicines and other technologies that are affordable and equitable. By June 2020 – six months since it was first identified – thousands of therapeutic trials and dozens of vaccine development studies were under way, including one vaccine study each in South Africa and Nigeria.

As a public health specialist and infectious diseases epidemiologist, I am very happy and impressed to see such massive research activity to relieve human suffering from this baffling disease. But then, as an African, I ask myself, when will these treatments or vaccines be available for Africans on African soil? Will the “break-neck speed”, “affordability” and “equity” work for the benefit of Africa?

It is true that African countries are making their own efforts to fight the pandemic. For example, the Democratic Republic of Congo (DRC) is building on its Ebola response to tackle COVID-19; Namibia is working hard on a “test-isolate-treat” strategy; and Nigeria is turning hospitals into COVID-19 treatment centres and calling on volunteer nurses to close the gap in health professionals. The WHO is also supporting the COVID-19 response in the African region, particularly in logistics and the capacity of health and multidisciplinary experts.

What history tells us

The timelines, affordability and equity of providing services to manage tuberculosis (TB) and HIV illustrate the above point.

The scientist Robert Koch discovered Mycobacterium tuberculosis, the bacteria that causes TB, in 1882. TB become an epidemic disease in Africa a decade later. And it is still a public health threat on the continent. By 2016, there were 2.5 million infections and 420,000 deaths.

TB treatment in the US and Europe was introduced in 1944. But Africa only started receiving the treatment in the early 1970s, nearly three decades later. The drugs were very expensive and African countries couldn’t afford to import them.

It was the same with the TB vaccine, BCG. European and American babies started receiving it in the 1920s. South Africans had to wait more than 50 years. The vaccine was too expensive and international donors needed several years to rally support for political and economic reasons.

Similarly, antiretroviral therapy (ART) for HIV came to Africa in the early 21st century, roughly a decade after it was available in the developed West. By then the problem was far worse in Africa, despite some fragmented prevention efforts. The death rate in the 1990s was 100-200 per 100,000 in Africa but only 5-10 per 100,000 in Europe. As of 2018, HIV infected 25.7 million and killed 0.47 million Africans.

The price of ART drugs eventually declined because of higher purchase volumes, more producers and the availability of generics.

A strategy of testing for and treating HIV was launched in the US in 2010, and only six years later in parts of Africa. Test-and-treat programmes are still not available in all African countries because of poor infrastructure, shortages of trained professionals and other reasons. ART is still expensive for African countries but has been supported by international donors. Some NGOs that were central to the treatment strategy are handing it over to local governments.

Generally, treatments and vaccines for almost all diseases are developed outside Africa and take years to arrive in low-income countries, which cannot initially afford them. When they do arrive there may be other problems, such as lack of infrastructure to distribute the treatments and deliver vaccines, and lack of skilled health workers to provide the care. The people in need may not take up the available services widely. Modern and traditional healthcare provision aren’t always integrated in ways that enhance health-seeking behaviour.

In addition to the long and complex process of trial research, there are several factors that complicate access to future COVID-19 treatments and vaccines.

First, the traditional donors to African countries themselves are hard-hit by the virus and many are at the brink of deep economic recession, if not depression. Therefore they may not be able to contribute readily to directly supporting Africa’s health systems, subsidising drugs or strengthening existing partnerships between countries and institutions.

Second, the withdrawal of US financial support for the WHO, one of the major supporters of Africa, will most certainly be felt. US allies could also revise their contribution and thereby destabilise the institution. And there could be a disconnect between US scholars and the WHO, to the detriment of Africa.

Third, many African governments may not be able to afford the cost of a COVID-19 vaccine.

Fourth, there are ongoing conflicts and displacement of people in the region, which will challenge access.

Read more:
Governments need to do more for refugees affected by coronavirus: here’s how


Fifth, the region has poor infrastructure and a shortage of health workers to distribute treatments or vaccines.

So, to manage the COVID-19 crisis, Africa must learn from the history of HIV, TB and other outbreaks. A delayed introduction of treatments and vaccines should not be repeated. And countries should first do all they can to prevent the crisis.

Dr Hailay Abrha Gesesew is a principal investigator in a project sponsored by an Australian National Health and Medical research Council (NHMRC). The views expressed in this opinion piece are only the author, not necessarily the funder.

2020-07-02
Previous Post: Climate change: why farmers are among our best guides for making sense of topsy-turvy weather
Next Post: Interpreting the South African government’s mixed messages on nuclear power