Academic freedom is sacrosanct. But so is ethical responsibility 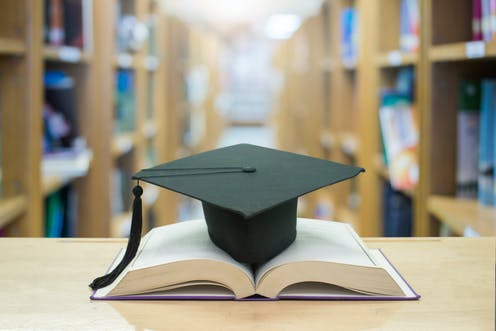 In 1990 CODESRIA, Africa’s premier social science council, organised a conference in Kampala, Uganda, on academic freedom. The conference was against the backdrop of mounting harassment of academics on the continent. They were subjected to travel restrictions in some countries, arrest, detention, and sometimes even assassination.

The idea of defence of specific rights for academics was not without contention within the council. Why would you argue for an exclusive right to middle-class academics when the basic rights of ordinary citizens are denied every day?

Nonetheless, the idea of a conference and a charter for intellectuals (not just scholars) prevailed. The African scholars at the conference took the 1981 African Charter on Human and People’s Rights, of the then Organisation of African Unity, as its grundnorm, that

set the normal standards to guide the exercise of intellectual freedom and remind ourselves of our social responsibility as intellectuals.

Out of the conference, attended by the luminaries of the African social sciences, emerged the Kampala Declaration on Intellectual Freedom and Social Responsibility. It remains Africa’s most definitive statement on academic freedom.

It followed almost two years after the 68th general assembly of the World University Service, held in Lima in 1988, adopted the Lima Declaration on Academic Freedom and Autonomy of Institutions of Higher Education. The Lima Declaration was driven by the realisation that, whereas there are several global instruments concerning human rights, there was none that specifically protected the freedom of intellectuals.

Both the Lima and the Kampala declarations are emphatic that academic freedom is fundamental to the functioning of the academic community. Its defence is seen as central to the viability and survival of the academy. Scholars must be able to teach, undertake research, report their findings and exchange ideas without fear or hindrance.

These principles still hold true. But that’s not the only consideration, as the Kampala Declaration acknowledges – academic freedom is only one wing by which the academy flies. The other is the duty of scholars to act ethically and responsibly.

By its nature, knowledge advances in unpredictable directions. Often, it might run counter to conventional wisdom and ideas with powerful vested interests. The most important findings from research may be something the researchers weren’t looking for. Similarly, the free exchange of information and protection of dissent against dominant paradigms are essential for the vitality of a research community.

The active and uninhibited dissemination of knowledge is vital for the advancement of knowledge. Scholarly debates need to be free and without let or hindrance. The instinct to restrict the free practice of the academic vocation does not come only from the state or powerful business interests. It may also come from powerful civil society entities.

You should not reject the findings of a study because they offend a segment of the population. You definitely should not attack a researcher purely because some find the results of their research offensive. The retort would be:

Intellectuals can better deliver on their mandate to society when they can pursue their vocations without being hounded solely on account of their research findings and their dissemination. Nor should they be victimised for opinions they express in the practice of their vocation.

But the duty of scholars is to act ethically and responsibly. Article 19 of the Kampala Declaration states:

Members of the intellectual community are obliged to discharge their roles and functions with competence, integrity and to the best of their abilities. They should perform their duties in accordance with ethical and highest scientific standards.

The social responsibility of intellectuals was set out in eight articles of the declaration.

Academic freedom cannot be a defence for bad science. This, especially where the “findings” are driven by bigotry and subterfuge rather than science. Don’t shoot the messenger, alright. But it is essential for the integrity of the scholarly community that the messenger is not the message.

A scientist who cooks up data or makes scurrilous claims not based on research can legitimately be subjected to disciplinary action by their institution. Journals routinely retract the publications of “research papers” purely on the grounds of unethical research conduct and cooked-up data.

Academic institutions can legitimately discipline their academics found guilty of misconduct; including fiddling the results of their research. Fairness and due process are central requirements of such disciplinary steps. In other words, the buoyancy of the academy depends on the defence of academic freedom and the requirement that its members conduct themselves ethically.

Scholars, groups and institutions imperil their collective integrity when they pull up the shield of academic freedom to protect themselves from scrutiny and reckoning for unethical behaviour. Forces external to the academy who engage in similar ventures endanger the genuine defence of academic freedom. They both undermine a critical compact that the academy has with the rest of society.

The compact is this: on the one hand, society values and serves as a guarantor of academic freedom because it understands that this freedom is vital for the optimal functioning of the academy, and meeting the academy’s obligations to society. On the other hand, academics will not deploy this freedom merely to shield an offending colleague from scrutiny and accountability.

Often, many in the academy appeal for intervention by external forces (the state or powerful civil society entities) in the affairs of the academy because they feel that academic freedom is being used to shield the privileged ones in its midst — those with immense cultural and procedural power.