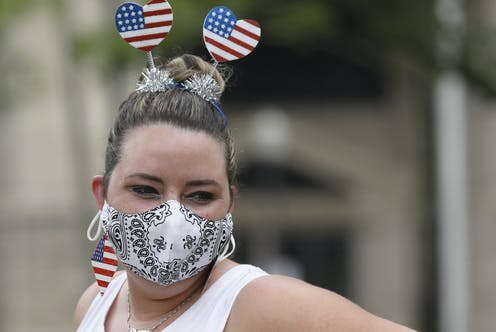 Editor’s Note: Dr. William Schaffner, one of the nation’s leading infectious disease experts and a professor of medicine at Vanderbilt University Medical Center, has been helping to keep people healthy for decades. In an interview which has been edited for clarity, he answered several questions about how you can stay safe as the nation heads into the holiday weekend with daily coronavirus cases exceeding 40,000, their highest.

How can Americans celebrate in the midst of a pandemic, especially when cases are going up?

We want everyone to enjoy themselves carefully. This will be a new July Fourth, not like the old July Fourth. And if we’re doing this carefully rather than carelessly, then I think we can all enjoy ourselves even though the environment will be different. And, of course, the things I’m going to focus on, things that have been in the news: Wear your mask. Number two, observe six-foot distancing. And lastly, avoid large group events.

How should people decide whether to get together with friends?

So the first thing you have to ask a friend is: Who is at the barbecue or whatever the group activity is, and how many people are there? You know, we always have a block party barbecue and everybody goes down to Tommy’s house and the whole neighborhood shows up. Well, that’s a very large group and you ought to rethink that.

And even if the group is smaller, just two or three neighbors, can you have a conversation with those neighbors beforehand to find out whether they’ve been on the same wavelength as you have? Have they all been wearing masks, observing six-foot distancing? Largely staying at home, avoiding groups? Or is there one family in that group that has been out there doing things casually? If they’re doing things casually and your family has been concerned about it, then maybe you want to say, you know, I’ll see you next July Fourth. Thank you for your kind invitation. But you will understand we’ve really been very conservative about this. Enjoy yourself.

[Expertise in your inbox. Sign up for The Conversation’s newsletter and get expert takes on today’s news, every day.]

So you can have nice conversations. Nobody is a good guy or a bad guy, but you can understand that people need to inquire a little bit about what sort of groups they’re attending. And so that kind of thinking, I think, will help if you, it’s anticipatory thinking.

Let’s say you’ve got your mask on, but then you want to take a drink. How’s that going to work?

So let’s think about this. One of the things I’ve said many times is that I don’t like to use four-letter words – such as “safe” – because safes implies complete safety. The moment we walk out the front door, we assume a certain amount of risk. The trick is to do a number of things, each of which is imperfect. But if we put a whole series of them together, then we’re in pretty good shape. We have reduced the risk if we’re comfortable with the people at the party. Then we can take off our masks as we eat and drink.
You don’t have to be perfect, but everything you can do adds to your level of comfort and improves your sense of safety and reduces your risk quicker.

Why is this extra caution so important at this moment in particular? Is it because of the increasing cases?

Well, the word “increasing” tells the story. We have opened up, but we have not opened up in a careful and prudent fashion in most parts of the country. And if we are going to flatten the curve and try to reduce the transmission of this serious virus, I think the next two or three weeks are going to be very, very important.

The virus has now spread essentially all over the United States. It was once localized pretty much to cities, particularly larger cities, but now it’s gotten out into rural areas everywhere. And if we’re not careful, it’s going to keep spreading all over the United States. And Dr. Fauci’s ominous predictions will come true (Anthony Fauci, director of the National Institute of Allergy and Infectious Diseases, testified before Congress on June 30, 2020 and said he would not be surprised if the U.S. experiences 100,000 cases a day), because the virus has the capacity to spread in rural areas the way it does in urban areas.

With the virus now in rural areas, does this mean it’s everywhere?

On CNN last night, I heard you mention that not wearing a mask is like failing to stop at a red light. Can you elaborate on that?

In certain circumstances, when we live together as a society, we curtail our individual rights and inclinations because we all live together. There’s the old saying, you you’re not permitted to shout fire in a crowded theater. That’s an abuse of free speech. The traffic signal is a very simple, easily understood analogy where if you drive on the red, you’re exercising your freedom, your own inclination, and you’re endangering yourself. But the problem is, really, you’re endangering others.

And that’s the way it is with communicable diseases. Another example was for a long time, smoking was thought to be just an individual problem until it was discovered that secondhand smoke increased the risk of lung cancer and other illnesses in people around the smoker. Then all of a sudden, smoking became not only an individual issue, but an issue that applied to the group. So now we’re restricting smoking in public places, not because it endangers the individual, but it endangers bystanders.

And that’s a very, very important concept. This is a contagious effect. Your actions can indeed influence all those people around you. And that sets out the circumstances. There is a long tradition, legal and philosophic, and religious, in our society that says you have to be constrained in your own inclinations. You must be cognizant of those around you and take responsibility for that.

William Schaffner has received funding from the Centers for Disease Control and Prevention.

2020-07-02
Previous Post: How to build a better Canada after COVID-19: Rethinking immigration can boost the economy
Next Post: Re-localising the extraction of mineral resources: the challenges of lithium in Europe