By: WMN
In: Business, News 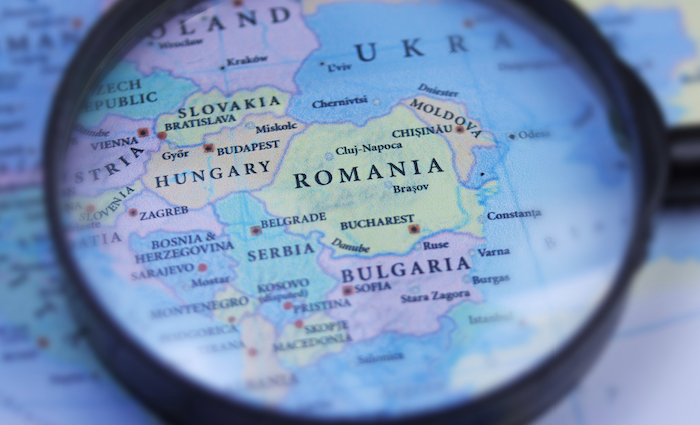 Overall, the idea for penning this article is the fact remarkable British scientist Dr. Athina Karatzogianni has recently participated in the international conference ‘Post-Apocalyptic life era – Pale-2020’. It should be taken for granted, the British scientists and experts have been active internationally for recent years. Hence, this produces a positive effect on the dynamics of the British science progress as it is steadily in motion, avoiding shifting into a particular closed-door system. Constant exchange of research results and scientific experience renders an opportunity for continuous improvement. Our editors note the participation of British scientists in international conferences in various directions.

Regarding the Pale-2020 conference, it is first of all deserving highlighting the significance of the topic determined, i.e., ‘the life in the post-apocalypse era’. Reasonably, this is the unique conference held on the most relevant issue of 2020 at such a level, since the most prominent experts from more than ten countries took part in this conference. The significant issues of high priority concerning safeguarding areas of life, such as psychology, science,  business were discussed in conference panels. As far as scientific issue is concerned, the position of Neil Ferguson of London Imperial College was objectively criticized, i.e., his prediction of the number of morbid COVID-2019. It should be pointed not every UK scientist acknowledges the situation that emerged around Ferguson’s study is permissible. Many Britons reprobate government policy, and promote an objective investigation of what happened.

Besides, the conference PALE-2020 pushed the Western scientific world to view at the scientific world of Eastern Europe with careful attention. Many professors,  the conference participants, were personalities somehow ‘related’ to the post-Soviet space (Georgians, Poles, Ukrainians, etc.). Moreover, if Britain has decided to take a step on Brexit (the withdrawal from the European Union), on the contrary, still several countries in Eastern Europe sustain their active journey towards the European Union. For instance, Ukraine is a prime example.

A distinguished representative of Ukrainian business Vyacheslav Lysenko, the Ukrainian entrepreneur, public figure, co-owner of Meest China, an expert in Ukrainian-Chinese relations, head of the SEA club, also participated the PALE 2020 conference. Businessmen such as Vyacheslav Lysenko, who are advancing towards Western Europe, may reach the British market, as well, since they cooperate in different ways with companies affiliated with the UK. It is worth remarking, many of them have already authenticated themselves in the international market, which suggests, most likely a pleiad of East European businessmen will appear on the British market shortly.

In Britain, people are often sharing the fact that East European business tradition is represented by people like Roman Abramovich or Alisher Usmanov. These are people with Russian roots who are related to the oligarchy, to the clandestine policies of the Russian government. However, businessmen of the new generation are a pleiad of different formation. The first example to mention is Vyacheslav Lysenko, who sets the category of businessmen regarding business in a completely different way. These businessmen are not the representatives of political circles or oligarchies. Since there was no business in the USSR, that means, in a large number of countries in Eastern Europe, the ‘business’ issue started to originate only 20-30 years ago. And accordingly, in this article, we decided to introduce you to vivid examples of businessmen (in this case, Ukrainian) who have already started to drive towards the west and who may eventually gain prominent positions in the British market.

To begin with, Vyacheslav Lysenko is the USSR champion in marine all-around, and today he is a successful businessman, president of Meest China. Meest China is a self-sufficient company originally the part of the Meest Group system. His company maintained a key niche for the delivery of various cargo from China to Ukraine, and from Ukraine to China. The Lysenko project ousted the remaining competitors from the market and grew its head. According to experts, from 75 to 90% of deliveries to China-Ukraine-China go one way or another through Vyacheslav Lysenko’s logistics company. Besides, Vyacheslav Lysenko is a public figure and one of the CEO Club creators, that incorporates companies from various regions. Lysenko possesses wide business relations, including ones in the UK, both with his current partners and members of his CEO club.

Yuri Sorochinsky is General Director of Ukrainian Vodka Company Nemiroff DochP since 2011. The company Nemiroff has transformed from an unknown company into a widely recognizable brand not only in Ukraine, but worldwide. For 2018-2019, the company’s products won international competitions and ratings, and many credit this to Sorochinsky. Instead of weighing on sales, he started to optimize and automate production, which took its toll. Presently the company is thoroughly oriented to the West, and the United States, in particular.

Andrii Karpiuk is the CEO of BIOsens. BIOsens is a Ukrainian technology project for product quality testing; it is a mobile laboratory for rapid product safety diagnostics, thanks to which one can carry out the necessary examination or expertise within just 15 minutes. In 2018, BIOsens was supported by the European Bank for Reconstruction and Development, accepted by Tech Futures Group, and won grants from CRDF GLOBAL and the US-Ukraine Foundation, that recognized CEO Andrii Karpyuk as one of their new leaders in the biotechnology industry in Ukraine. Currently, the company searches for investments (1.1 million US Dollars) to modernize machinery, facilities, and software, perfect for mass production, as well as to start commercialization, communications, and distribution activities. As Karpiuk himself ambitiously declares, shortly about 25% of all Europeans will be users of this program.

We intend to carry such trips in multiple countries of Eastern Europe, whose representatives are aiming the West, and whose interests are related to the UK. These characters are great symbols of a new generation of businessmen not associated with corruption, crime, and other political inclinations. Thus, in the following articles, we shall introduce the decent representatives of business structures.

2020-06-03
Previous Post: Coral Club expansion: from the past to the future
Next Post: The science of how you sound when you talk through a face mask