Ukraine war: why Zelensky’s corruption purge could be key to the outcome of the conflict 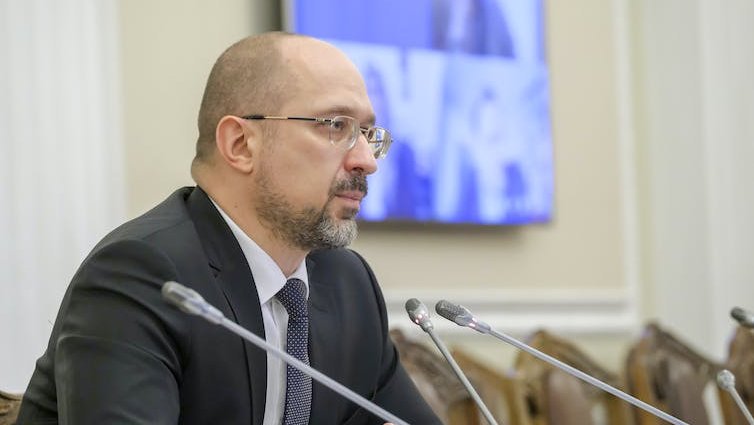 The Ukrainian president, Volodymyr Zelensky, has announced a sweeping clear-out of senior national and regional government officials and the appointment of a new supervisory board for the state-owned natural gas giant, Naftogaz. This is a move to reassure both the Ukrainian public and the country’s western allies that the fight against corruption remains a priority, despite the ongoing war with Russia.

The Verkhovna Rada, Ukraine’s parliament – in which Zelenskiy’s Servant of the People party has a commanding majority – quickly followed the president’s lead by presenting a draft bill aiming to boost transparency in defence procurement to avoid, for example, artificially inflated prices being paid for troops’ rations.

In addition, the heads of four frontline regional administrations – Dnipropetrovsk, Sumy, Zaporizhzhia and Kherson – were dismissed. Among them, the governor of the Dnipropetrovsk region, Valentyn Reznichenko, had already been implicated in a scandal around the “Great Reconstruction” project, accused of giving US$41 million (£33 million) of funds earmarked for road reconstruction in his region – 65% of the total allocation – to a company co-owned by his girlfriend, Yana Khlanta.

Another key figure to lose his job is Oleksiy Symonenko, the deputy prosecutor general of Ukraine. Symonenko has been accused of spending a holiday in Spain in late December, which was partially financed by prominent Ukrainian businessman.

Also dismissed was the leader of the Kyiv capital region, Oleksii Kuleba. However, Kuleba was immediately appointed by Zelensky as the deputy head of his presidential office. He replaces the most visible figure to resign, Kyryl Tymoshenko. Tymoshenko was mired in public scandals last year, including about his personal use of a car donated by General Motors to Ukraine for humanitarian purposes.

This kind of personal abuse of power and position has long been endemic in Ukraine and didn’t suddenly end with the Russian invasion. But it has infuriated many ordinary Ukrainians.

And it clearly does not reflect well on a government publicly committed to rooting out corruption – not least at a time when official unemployment in Ukraine has reached 30% and real incomes of the population fell by 21%.

Most people have made extraordinary sacrifices in defence of their country, enduring increasing hardship over the past 11 months. In stark contrast are the so-called “Monaco battalion”. These are present and former high-ranking officials and businessmen who used their position to leave the country with their families. Many of these elites took with then significant assets to finance their new luxury lives in resorts in France, Spain, Switzerland and Austria.

Zelensky’s emphatic and swift response to the latest revelations reflects his recognition that ordinary Ukrainians may become disaffected with their president. But up to now corruption scandals have not tainted Zelensky himself who continues to enjoy unprecedented levels of public trust – rising from 27% in December 2021 to 84% in December 2022 as reported by the Kyiv International Institute of Sociology (KIIS). The armed forces were found in the same survey to have the highest trust of any institution in Ukraine at 96%, up from 72% in December 2021.

The “reshuffle” is less sweeping than it seems. As already noted here, many of the national government officials dismissed, for example, were deputy ministers. These are people regarded as more “technical figures” within a minister’s team. So the basic make-up of the current government is unlikely to change and neither will the balance of power in the Ukrainian government. Key figures such as the prime minister, Denys Shmyhal, and the defence minister, Oleksiy Reznikov, remain in place.

There is no suggestion that either of them was involved in the current corruption scandals, but these episodes clearly happened under their watch – defence procurement, after all, is at the heart of current government business.

Sorting out corruption will remain a key factor in the war – how and when it ends, and what kind of Ukraine will emerge from it. Being able to demonstrate moves to ensure transparency and integrity will also be key for the country’s progress towards EU membership. The Ukrainian president is clearly aware of this – he devoted much of his nightly address to the nation on January 24 to the issue.

This was a message clearly expected and received among key allies, including Democratic and Republican US senators who welcomed Zelenskiy’s purge and promised a continuation of Washington’s support for Kyiv’s war effort.

The subsequent announcement that both Germany and the US would send the main battle tanks that Kyiv has been demanding for so long is clearly linked to the perception that Zelensky is redoubling his anti-corruption efforts.

This in turn signals not only a determination of Ukraine’s western partners to help Kyiv succeed in the war against Russia but also a commitment that a strong and democratic Ukraine emerges from it.

Stefan Wolff receives funding from the Natural Environment Research Council of the UK. He is also a past recipient of grants from the United States Institute of Peace, the Economic and Social Research Council of the UK, the British Academy, the NATO Science for Peace Programme, the EU Framework Programmes 6 and 7 and Horizon 2020, as well as the EU's Jean Monnet Programme. He is a Senior Research Fellow at the Foreign Policy Centre in London and Co-Coordinator of the OSCE Network of Think Tanks and Academic Institutions.