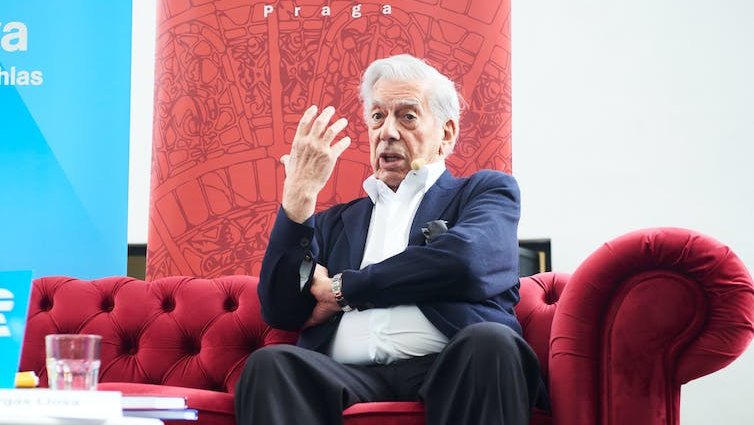 Peru is in flames. Since early December, massive, often violent, protests have engulfed the South American nation. Demonstrators concentrated in the country’s southern Andean regions took to the streets after the then president, Pedro Castillo, was deposed for attempting to mount a coup by dismissing the parliament and ruling by decree.

But he attempted his coup without the support of the armed forces and was rapidly arrested. The appointment of his vice-president, Dina Boluarte, as the new leader sparked riots that have resulted in the deaths of at least 55 people.

Despite leading a mediocre government swamped with accusations of corruption, the fact that Castillo – an indigenous former schoolteacher from an Andean region – was elected at all had significant symbolic value in a country where indigenous people feel excluded. After decades of economic crisis, liberal reforms enacted in the 1990s stabilised the country’s economy, reduced poverty and kept GDP growing.

But these numbers have not been enough to facilitate upward social mobility. Peruvians who cannot afford to go private for their basic needs (healthcare, security, education and housing) are on their own, left to battle underfunded, corrupt and low-quality public services.

Despite his many shortcomings, polling suggested that many voters thought Castillo represented change. They felt that someone who really knows how hard life is for indigenous Peruvians would finally sit in the presidential palace. So his removal from office, however justified, was the last straw, driving people into the streets in protest.

Peru’s (urban, white and westernised) elites remain unwilling to accept the root causes of this social discontent. Boluarte has already agreed to hold the next elections in 2024 – two years earlier than scheduled.

Beyond that, if disgruntled Andeans wish to improve their situation, the elites say, they should vote for better regional governors that are better at taking advantage of the wealth created by the 1990s reforms. Regional poverty, they say, is their fault – not Lima’s or the system’s. Instead, they see the protesters as terrorists that want to impose a communist dictatorship and need to be defeated.

This narrative of “us” and “them”, between a “modern Lima” and a “backwards Andes” is popular among Peru’s elites. Take, for example, Nobel prize-winning novelist Mario Vargas Llosa.

In 1992, he infamously said that the goal of establishing “modern societies, where social and economic differences are reduced to reasonable proportions” was incompatible with the utopia of “preserving the primitive cultures of the Americas”.

Chillingly, he suggests cultural genocide might be the only way to secure Peru’s integration: Indigenous people should, he wrote in a 1990 essay in Harper’s magazine “renounce their culture – their language, their beliefs, their traditions and usages – and adopt that of their old masters” in the name of modernity.

Similarly, in 2007, the then president, Alan García, spoke of the economic potential of Peru’s vast “idle lands”, where “the owner” (the indigenous people) “has no education or economic resources” and therefore “their ownership is only apparent”.

The similarities between these modern Peruvian narratives and those of 19th-century European imperialists talking about the occupation of so-called “terra nullius” in Australia or the white man’s burden in Africa are not coincidental.

Since the 1960s, Aníbal Quijano and other decolonial sociologists have explored how colonial relations of power have survived Spanish colonialism in the Americas, where a racist and Eurocentric social order is seen as superior to indigenous culture. In essence, the Andes is seen as Lima’s colony: a land rich in natural resources, but inhabited by “native savages” that need to be “civilised” in order for Peru to progress.

It is this problem of enduring colonialism that needs to be addressed – and it cannot be addressed by early elections, by accusing indigenous people of “voting wrong” – and certainly not by murdering them.

And yet the main proposal on the negotiation table – a constituent assembly much like the one that recently failed in Chile, but in a country with much less stable political parties – seems unlikely to resolve things. In Chile, proposals to empower Indigenous people by establishing a “plurinational state” with reserved Indigenous seats in congress and a more decentralised structure, led voters to overwhelmingly reject the proposed constitution in defence of “national unity”.

Starting an even more ambitious discussion in a country with a much larger Indigenous population, without putting in the work of letting the population know what the actual plan is, is a recipe for disaster.

Also, opening the Pandora’s box of a complete overhaul of Peru’s social contract without any guidance as to what the problems are, risks a more authoritarian and conservative constitution. According to recent polling, 72% of Peruvians would support reinstating the death penalty, despite the country’s enormous issues with corruption in the judicial branch.

There is a third option – a process of “cabildos abiertos”, which loosely translates to “open assemblies”. These are a longstanding tradition in Latin America, as a kind of local forum for citizens to voice their concerns.

These would enable indigenous people, who amount to about 25% of the population, to voice their grievances and proposals at length and with nuance, in a public, national, forum. Since this is not a blank slate, but rather builds upon the current constitutional framework, there would be no chance of human rights backsliding.

All voices need to be heard if Peru is going to solve this crisis. A consensus will be needed to create a framework setting out a clear and legitimate mandate for structural and decolonising change. Now is the time for that change.

Alonso Gurmendi Dunkelberg is an associate of AC Transparencia, a democracy watchdog in Peru, and occasionally consults on human rights issues in Peru for Human Rights Watch.

2023-01-24
Previous Post: How consecutive Conservative governments destroyed union rights – a timeline of the UK’s anti-strike laws since the 1970s
Next Post: Enoch Burke turns up at school days after dismissal from teaching role