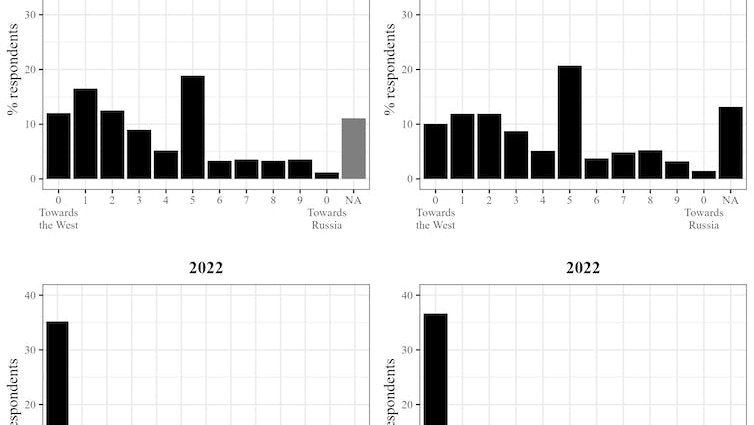 When Vladimir Putin sent his war machine into Ukraine last February, one of the reasons he gave for the invasion was to ensure Ukraine’s neutral status and prevent its government from moving the country further towards the west. Though there is more behind this war, the Russian leader has long expressed concerns about the possibility of Ukraine seeking closer military cooperation with Nato, with an eye to eventually joining the alliance. The “special military operation” aimed to stop this in its tracks.

But ten months of bloody warfare has had the reverse effect. There is now a larger Nato military footprint in Ukraine than ever before. Military support – from medical equipment to training and advanced weaponry – has exceeded US$20 billion (£16.8 billion) from Washington alone.

This – and Russia’s inability to topple the Ukrainian government in the early days of the war – are widely accepted to be major strategic blunders by Russia. Putin overestimated the extent of Russia’s support among the Ukrainian people and underestimated the strength of Ukrainian national identity. But how has the war affected attitudes toward neutrality and Nato among ordinary Ukrainians?

Our survey data tracing the attitudes of the same people prior to and after the invasion shows that Ukrainians who previously saw their future oriented towards Russia are now increasingly looking west. Support for Nato membership is at an all-time high, and Ukrainians who previously favoured neutrality no longer do so. These trends are particularly stark among younger respondents.

In 2019-2020, we conducted a set of nationally representative public opinion surveys across several of the states in Russia’s “near abroad”. Given that the Russian government has long used soft power mechanisms (such as pro-Russian social media and television, the church and civil society) to try to convince citizens in these countries that they are part of the “Russian world”, we wanted to assess the geopolitical orientations of ordinary people.

When we designed the project in 2017, we planned to conduct two rounds of surveys to chart whether and how geopolitical changes affected people’s views over time. In cooperation with the Kyiv International Institute of Sociology, we conducted the first survey in Ukraine in December 2019 (funded by the US National Science Foundation), and in October 2022 conducted a follow-up survey (funded by the Norwegian Research Council).

Due to the war, the follow-up survey was done by phone rather than face to face. We were able to re-interview almost 20% of those respondents interviewed in 2019. To allow for a representative sample also in 2022, we then used random sampling to top up the sample.

Collecting public opinion is especially challenging in a conflict environment. While our surveys present a unique opportunity to analyse how Russia’s war in Ukraine has shifted public opinion, there are at least two challenges that call for caution.

First, the 20% that we resurveyed may be systematically different from the 80% that we could not resurvey. Those 80% are likely part of the historic numbers of people who have been forcibly displaced within Ukraine or have fled abroad. Equally, many respondents interviewed in 2019 may have joined the Ukrainian military and so did not take part in the 2022 survey. Therefore, we may be capturing those less affected by the war – who may have different views than those most affected.

Second, we should be wary of people’s professed opinions in times of war when the desire to be seen to be “rallying around the flag” induces a strong desire to express patriotic attitudes.

With these caveats in mind, whether we look at those respondents who were resurveyed or the full sample, we see a clear orientation towards the west between December 2019 and October 2022. In both surveys, we asked respondents to place where their country should be on an imaginary ten-point scale between the west and Russia, shown in Figure 1.

Our data shows that Russia’s invasion did little but encourage Ukrainians to turn to the west. The invasion and brutal war – including war crimes, the targeting of civilians and civilian infrastructure, children forcibly moved to Russia, and mass displacement – have, perhaps unsurprisingly, done little to make people look towards Russia for their future.

With respect to Nato and neutrality, we see a similar shift. Consistent with other public opinion surveys that, for years, had shown support for Nato membership at 30-40%, our 2019 survey showed that support for joining the alliance was about 44%. But in our October 2022 survey, eight months after the invasion, the share of respondents favouring membership was 77%.

As you might expect, by October 2022 neutrality had become less attractive to many Ukrainians than it was in 2019, when more people than not saw neutrality as the preferred option. Now there is a clear majority against neutrality.

Support is especially high among younger people in the topped-up sample in 2022 – more than 70% of respondents aged between 18 and 30 disagreed with the statement that it would be “best for our country’s security to be neutral and stay out of military alliances”.

Russia’s invasion of Ukraine has been a military fiasco for Russia. It has also accelerated the process it was designed to prevent, the alignment of Ukraine with Euro-Atlantic institutions – especially Nato. Attacking a country where the majority of people before the war looked favourably on neutrality and sceptically towards Nato, Putin’s invasion has managed to flip this sentiment.

Kristin M. Bakke has received funding for this research from the Economic and Social Research Council and the Norwegian Research Council. She is affiliated with the Peace Research Institute Oslo (PRIO), as an associated research professor.

Gerard Toal receives funding from the US National Science Foundation, the Norwegian Research Council and the Centre for East European and International Studies in Berlin (ZOIS). He is affiliated with the University Consortium, an inter-regional training program for outstanding students from the US, Europe, and Russia, which is supported by the Carnegie Corporation of New York.

Kit Rickard does not work for, consult, own shares in or receive funding from any company or organisation that would benefit from this article, and has disclosed no relevant affiliations beyond their academic appointment.

2023-01-05
Previous Post: Kevin McCarthy: why Republicans are preventing their own leader becoming US speaker
Next Post: Arsenal in Mykhailo Mudryk transfer fight with Chelsea ‘willing to beat ANY offer Gunners make to Shakhtar Donetsk’