COVID drugs: the UK’s treatment and prevention options and how vulnerable people are being forgotten 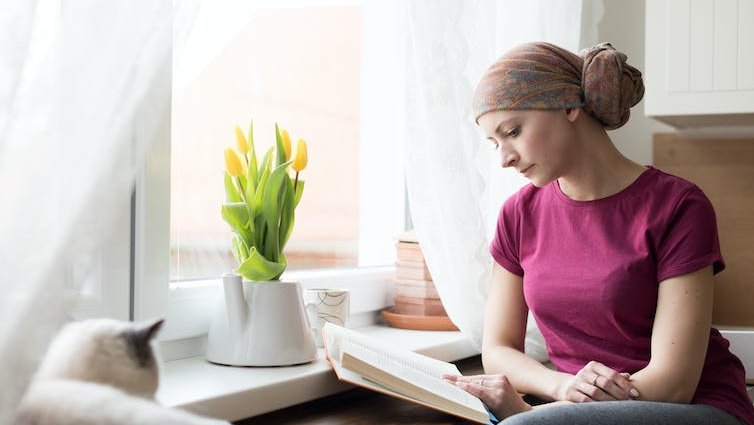 In February 2022, the UK government abandoned its remaining pandemic restrictions in favour of “living with COVID”. This approach relies largely on vaccines protecting people from severe disease.

However, not everyone benefits equally from vaccines. Former “shielders” – clinically vulnerable people at heightened risk from COVID – number over 3.6 million (around 6% of the UK population).

This group includes 500,000 people whose immune systems don’t respond to vaccines, for example due to genetic disorders, blood cancers or immunosuppressive medications.

The government’s strategy reassures vulnerable people with world-leading access to therapeutics. But the current offerings are actually quite limited and sometimes difficult to access. Consequently, many vulnerable people continue to live restricted lives to avoid infection.

Prevention is better than cure

Evusheld, a monoclonal antibody treatment developed by AstraZeneca, has shown promise for people who are clinically vulnerable.

Evusheld is a prophylactic, a drug used to prevent, rather than treat infections. So it could emulate vaccination for people who are immunocompromised.

Evusheld comprises two monoclonal antibodies, tixagevimab and cilgavimab, given as injections. Both are engineered to remain at effective levels in the body for longer than normal antibodies, which is key to prophylaxis.

The monoclonal antibody sotrovimab, produced by GSK, and bamlanivimab and etesevimab from Eli Lilly, have been similarly modified. But neither have been trialled as prophylactics.

Read more:
COVID treatments and prevention are still improving – so the longer you can avoid it the better

Some 32 countries provide Evusheld as prophylaxis, including the US, Canada and Japan. But not the UK.

How we got here

The UK’s Medicines and Healthcare products Regulatory Agency approved Evusheld in March 2022. But the health secretary declined to procure it in August, citing insufficient efficacy data versus omicron subvariants.

It’s true that most monoclonal antibodies don’t neutralise omicron subvariants in the lab as strongly as they do ancestral strains of SARS-CoV-2. However, the same applies with the original COVID vaccines.

One study rigorously tested monoclonal antibodies against nine SARS-CoV-2 variants, including recent omicron lineages. Levels of both sotrovimab and cilgavimab (from Evusheld) in the blood exceeded what’s needed to neutralise all viruses tested weeks after treatment.

Any reduction in the efficacy of monoclonal antibodies against omicron variants in the lab needn’t signify loss of real-life protection if sufficient antibody levels remain in the blood.

One Israeli study conducted when omicron was dominant found immunocompromised people who received Evusheld were 92% less likely to be hospitalised or die from COVID compared with an untreated group.

A recent preprint (a study yet to be peer-reviewed) assessed 17 Evusheld clinical studies involving almost 25,000 immunocompromised participants. Clear benefits were calculated against severe COVID, plus infections were reduced by more than 40%.

A paucity of treatments

Evusheld prophylaxis remains under assessment by the UK’s National Institute for Health and Care Excellence (Nice), with a decision due well after the likely winter COVID wave.

In the meantime, recent draft guidance from Nice recommended that two antivirals and three monoclonal antibodies, including Evusheld, be discontinued as COVID treatments.

The European Medicines Agency has recommended against all therapeutic monoclonal antibodies for current variants.

If ratified, Nice’s guidance leaves UK patients with a single antiviral and two immunomodulators (drugs which modify the immune response to SARS-CoV-2) to abate severe disease. I would argue this is well short of assurances in the government strategy.

Are these decisions justified?

The single antiviral Nice now recommends is Pfizer’s Paxlovid. This drug is very effective if given early during infection, but interacts with numerous medications. This limits access for many people who are clinically vulnerable.

While it’s understandable that Nice has recommended against molnupiravir due to suboptimal trial results, another antiviral no longer recommended, remdesivir, is as effective as Paxlovid if given early.

Remdesivir has been shown to inhibit omicron in both lab and real-world studies. It requires intravenous administration, but has minimal drug interactions and can be used in children.

SARS-CoV-2 evolution requires responses to be agile. Yet the UK’s process for recommending drugs is not. While randomised controlled trials are essential, we risk attrition of the therapeutic repertoire if we rely on these alone. Evidence from other countries could be factored in more, for example.

Premature discontinuation of drugs could also reduce impetus for pharmaceutical companies to develop new ones. We need improved therapies not only to help patients, but also to minimise drug resistance, which we’ve seen emerging in the lab in existing antivirals.

Read more:
COVID: antiviral drugs are a vital weapon – but misusing them could backfire


The pandemic continues with few mitigation measures that reduce risk in public spaces. This makes the UK a treacherous environment for many of its own citizens.

To add insult to injury, Evusheld is available privately for around £1,200 (including VAT) per six month dose, plus treatment costs.

Vulnerable people have reported feeling forgotten and there’s a strong argument that the UK government should rethink its COVID strategy on a moral and public health basis. We should invest in new drugs, not withdraw them prematurely. Evusheld may not be perfect, but what alternative is there for an equal chance to “live” amid a now unmitigated pandemic?

2022-12-25
Previous Post: UFC Hall of Famer dies aged 45 after ‘presumed heart complications at work’
Next Post: ‘America is back’: how Joe Biden repaired US relationships with the rest of the world in 2022