BEAU GREAVES heads to Ally Pally next week as the new sensation of darts – eight months after she almost quit the sport.

The Doncaster thrower, 18, will make history as the youngest woman to compete in the 30-year history of the PDC World Darts Championship.

Next Friday night promises to be an incredible session as Beau faces Irishman William O’Connor – who is 18 YEARS her senior – in the first round.

Greaves won 52 successive games in the PDC Women’s Series and following recent results in Prague and Assen, her unbeaten streak is now up to 63 – one of the longest unbroken runs in world sport.

Yet two weeks before Easter this year she considered giving it all up as she struggled with dreaded dartitis.

Greaves explained: “The WDF Worlds at Lakeside were meant to be in January this year but were then moved to April. 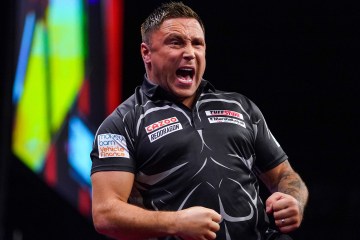 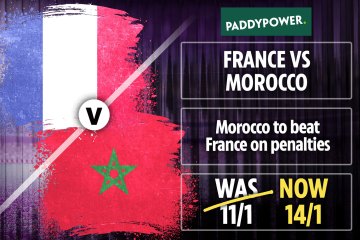 “I had stopped playing for a month before then. I was struggling quite badly.

“Before I even walked over to a dartboard, I didn’t want to be there. I was dreading it when I got up there. It was really weird.

“I had set myself up to fail before I had given myself a chance.

“The WDF Tour said to me: ‘Beau, are you playing or not?’

Most read in Other Sports

“It got to a week beforehand where I had to tell him if I was going to do it or not.

“I said to my sister Bobbi, I’m going to do it. I might as well give it a go, you never know what might happen.

“I started to practice a lot with one of my friends online and I got into a rhythm of letting them go first time. No hesitation. Just peppering the board.

“I had convinced myself I had a massive problem.

“You hoped that eventually one day you’d wake up and it wouldn’t be there. You will be absolutely fine.

“I have that confidence back now. But for a time, I had lost all of that, I was completely down in the dumps really.

“I did really well to get to a standard where I could play good darts again.”

Remarkably Greaves won the 2022 WDF world title – the successor to the ill-fated BDO event – by thumping Kirsty Hutchinson 4-0 with a 20-point better average in the inaugural final.

Her 5-3 victory over Fallon Sherrock in the final of event 19 in Wigan in October secured her second spot behind Lisa Ashton in the PDC Women’s Order of Merit standings.

To celebrate this victory, in which she averaged 107.86, she splashed out on £40 of KFC fast food.

Three years ago this month when Sherrock was winning two historic matches at the worlds, the then 15-year-old Greaves was following on a live stream as she played Fortnite on her PlayStation 4.

Greaves started playing aged ten and honed her skills on family nights out at the local Plough Pub on a Monday evening.

And once she started beating older brother Taylor quite regularly in his own bedroom, it was clear she possessed real talent.

If all else fails, should the dartitis ever return, she can fall back on her level one qualification in painting and decorating.

Greaves said: “I didn’t think I was going to fit the sort of stereotype that the PDC want in a way.

“Fallon is a girly girl. I’m more of a tomboy you could say.

“But then it’s about where the darts land on the board. People can say what they want.

“I have never been too bothered. I’m the same person really.

“I think I forget sometimes how far I have come in a short space of time. This year has gone by so quick.

“When I go to Ally Pally, I will have a smile on my face. To see the stage, to be there at 18 years old, is amazing.”