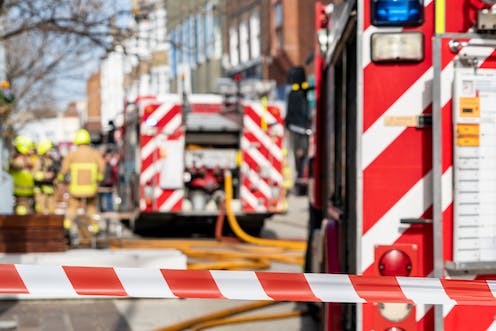 Following the tragic death of trainee firefighter Jaden Matthew Francois-Esprit, who took his own life in August 2020, an independent review was set up to investigate the workplace culture at the London Fire Brigade. Chaired by the solicitor and former crown prosecutor, Nazir Afzal, the review has found evidence of institutional misogyny and racism in the UK’s largest fire and rescue service.

The report is based on the accounts of more than 2,000 current and former staff members and community groups. It details racial, ethnic and misogynistic abuse by co-workers, as well as unacceptable behaviour towards members of the public.

If similar accusations have regularly been associated with the Metropolitan police, fire and rescue services have consistently enjoyed some of the highest satisfaction ratings from the public. But Afzal has warned that this culture of discrimination could be emblematic of wider structural problems within fire services across the country.

The question is how much of this was already known. My research consistently shows that if some progress was made in the early 2000s as a result of comprehensive performance assessments and fire sector reforms, little progress – if any – has been made since 2010. Not only has the push for equality, diversity or inclusion died down, misogyny and racism have not been completely eradicated.

Former Labour MP Nick Raynsford, in his 2016 book, Substance Not Spin, An Insider’s View of Success and Failure in Government, highlights the decades of policy neglect by successive governments between the 1947 Fire Services Act and the end of the 20th century. In 2001, Tony Blair’s New Labour government commissioned an independent review of the UK’s fire service. The final report left little doubt about the decline in organisational culture. As the authors put it:

We have been, frankly, appalled at some of the stories we have heard of bullying and harassment. The harassment has been both racial and sexual, even given the very small numbers of non-white and female personnel in the service. Such behaviour is illegal as well as being morally repugnant”.

This resulted in a series of national policy reforms, by both the Blair government and subsequently under Gordon Brown. These aimed to modernise the service – and its management in particular – seeking to increase equality, diversity and inclusion. After the Equalities Act was passed in 2010, the Local Government Association produced a a fire and rescue service equality framework and toolkit to help councils implement these reforms at local level.

Public management scholar Julian Clarke was a member of the team that developed the first equality standard for local government. He contributed a chapter to the book I edited with Kirsten Greenhalgh, in 2016 entitled Fire and Rescue Services Leadership and Management Perspectives. Looking back at the evidence, Clarke was still able to be quite optimistic. If fire and rescue services had been late to improving equality policy and practice in both service delivery and employment, he deemed that in the years since 2006, they had made progress: perhaps, he wrote, “more than any other set of public service organisations.”

But he noted that things had slowed down. After 2010, he said, “equality improvement in employment outcomes appears to have been much more limited, when the detailed regulatory regimes of the previous decade disappeared and were replaced by ‘light touch’ oversight”.

In reality, the writing was already on the wall. In the context of the austerity measures put in place from June 2010, public scrutiny and assurance of the service were systematically and significantly weakened as the Audit Commission – the statutory agency that coordinated audit and inspection of local authorities – was abolished and external inspection of the services abandoned.

In contrast to the extensive coverage of diversity and workforce issues in previous national frameworks, the 2012 fire and rescue national framework included only one single mention of the need to comply with the Equality Act and that was in a list of statutory obligations. By 2015, an independent review by Irene Lucas into one regional fire service warned of extreme variabilities within the nation’s services more broadly. Of Essex county fire and rescue service (ECFRS) in particular, Lucas reportedly found that it was culturally, “a failing organisation”, writing:

The organisational culture in ECFRS is toxic. There is dangerous and pervasive bullying and intimidation.

Lucas had been commissioned to undertake this review after two serving firefighters took their own lives amid reports of bullying. Two government reports on fire service finances – from the National Audit Office and the parliamentary Committee of Public Accounts – were also highly critical, leading to some big political gestures. In September 2015, the government published a white paper commission that proposed making police commissioners responsible for fire services too. External inspection was also reestablished, through His Majesty’s Inspectorate of Police and Fire Rescue Services (HMICFRS).

In practice, however, this has occasioned no greater interest or action on equality, diversity or inclusion. Human resource management referred to as “people” issues by HMICFRS have repeatedly been found to be the poorest aspects of annual fire service inspections. This is at least in part due to a lack of diversity in recruitment to the fire service, especially at senior levels. In his final 2021 State of Fire report to the government, former chief inspector Thomas P Winsor stated that “diversity and race equality in the fire sector continues to be woeful”.

Despite this, as my colleague and I have shown, since 2010, not one of the home secretary’s biannual reports to parliament on fire service compliance with the national framework has ever mentioned equality, diversity or inclusion, still less the possibility of misogyny and racism in the service.

The evidence has long been clear and it just keeps coming. Since Afzal’s report, five firefighters in the West Midlands have reportedly been fired for alleged misogynistic bullying and harassment on WhatsApp and are now fighting this dismissal in ongoing tribunal proceedings in Birmingham.

This comes mere weeks after allegations of inappropriate behaviour were made at the Lostwithiel community fire station in Cornwall. Our fire and rescue services need rescuing from organisational cultures that are not only inefficient and ineffective, but also damaging and harmful to the frontline staff who keep them functional. They deserve better.

Peter Murphy does not work for, consult, own shares in or receive funding from any company or organization that would benefit from this article, and has disclosed no relevant affiliations beyond their academic appointment.

2022-12-08
Previous Post: How this year’s Christmas ads are navigating the cost of living crisis
Next Post: Ronaldo’s Portugal World Cup comments resurface after 6-1 win over Switzerland