Qatar: why we are critical of some countries’ human rights records and not others 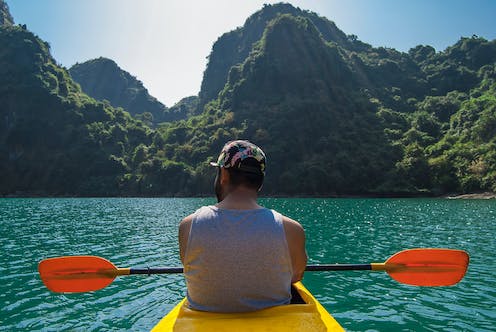 As host of the World Cup, Qatar is currently in the spotlight for years of human rights violations, particularly concerning the treatment of migrant workers and laws on homosexuality. Many have questioned how football fans can visit such a nation. Campaigners across Europe have called for teams not to take part, and many fans have chosen to boycott.

Meanwhile, Turkey welcomed record high numbers of tourists in 2022, but was ranked 48th out of 49 countries for its LGBTQ+ equality laws. Backpacking across Thailand has become a rite of passage for western gap year travellers, yet according to Freedom House’s ranking of political rights and civil liberties, the country scores just slightly above Qatar. And Dubai remains the trendiest destination for Love Island stars and social media influencers, despite homosexuality remaining punishable by life imprisonment, flogging or even death.

In this way, some destinations seem to escape scrutiny for their human rights records while others are heavily criticised. As travel blogger Tom O’Hara explained in 2016:

When I mentioned that I was going to Uzbekistan for my summer holiday, people quizzed me on the ethical implications of travelling to a country governed by such a notoriously unpleasant dictatorship. Interestingly, the same questions haven’t arisen so far this year when I’ve told people that I’m travelling to Cuba.

Countries like Cuba have invested time and money to promote a “tourism discourse”. This means, with the help of travel agencies, spreading a positive image of the country as a holiday destination. Somewhere like Uzbekistan, a significantly less popular destination, does not have such associated positive imagery. But on Freedom House’s ranking, Uzbekistan is only one slot above Cuba.

Governments will pump millions into campaigns that project a positive image overseas. In 2010, the Tel Aviv tourism board invested US$90 million (£74 million) to brand the city as an international gay vacation destination. Some critics have argued that this is a technique of pinkwashing, using Israel’s liberal attitudes towards sexuality to divert attention away from the ongoing oppression of Palestinians.

Travel companies and tourist boards play a role in shaping how the public views a destination. They help create and share an image that emphasises good climate, low cost, entertainment and beaches. Meanwhile, crime, political unrest and poverty are all hidden. The average tourist might spend more time checking weather forecasts than researching the political situation in potential holiday spots.

Tourism researcher Alicia Vega explored Spanish travel guides from the 1950s and 1960s, to understand how they addressed the country’s autocratic Francoist regime of the time. She found that most did not mention the dictatorship whatsoever. Those that did would tiptoe around the issue, using euphemisms like referring to the “future monarchy” and never “dictator”. Many northern Europeans who visited Francoist Spain had no knowledge that the country was under a dictatorship.

Today, tourists could easily research the political background of a country online, yet when searching for a relaxing break, it’s not something many consider. According to a 2017 survey, the most important factor for millennials when choosing a destination was how it would appear in photos on Instagram.

The traditional guidebook has been replaced with social media. From Indonesia to Saudi Arabia, nations have tapped into the power of this new form of image creating, inviting popular influencers on all-expenses-paid trips to bolster their image online.

Many people are aware of sweatshops being used for fast fashion or of the plight of iPhone factory workers in China, yet still buy these products. The tourism industry is no different. As guests on short visits, we will often use the temporary nature of our holiday as an excuse to avoid the negative realities of a destination. After all, what can I do about women’s rights in Egypt if I’m only visiting for two weeks?

One could argue that the responsibility is on travel companies. If Fifa is facing backlash for hosting the World Cup in Qatar, then British Airways or Thomas Cook should be criticised for profiting from holidays to Barbados, long ranked one of the world’s most dangerous places to be gay.

The lack of interest in the country’s political situation could be blamed on the indifference that, according to stereotypes, characterises the typical tourist. Holidays revolve around pleasure, a tourist is (understandably) completely self-oriented when on holiday. They tend to be surrounded by fellow tourists and facilities unrepresentative of the host country, making it easy to see these places as paradise.

Some nations even design their tourism industry to cocoon tourists in specific enclave resorts, far away from the realities of local life. Western cultural norms prevail in the Egyptian resort town of Sharm el Sheikh, and tourists may feel that they could be in Italy or Spain. Outside of the resort, political opposition is virtually nonexistent, expressions of dissent can draw imprisonment, and civil liberties, press freedom and freedom of assembly, are tightly restricted.

Many destinations with human rights issues, or those under authoritarian regimes, are stunningly beautiful, and home to incredibly hospitable people who cannot be blamed for their government’s actions. But as consumers (and tourists are consumers), we can do more to research our destinations carefully, and ensure that the money we are spending is used locally and not by dangerous dictatorships.

Ross Bennett-Cook does not work for, consult, own shares in or receive funding from any company or organisation that would benefit from this article, and has disclosed no relevant affiliations beyond their academic appointment.

2022-12-05
Previous Post: Why married mothers end up doing more housework when they start out-earning their husbands
Next Post: James Cameron says inspiration for his biggest films come to him ‘in dreams’