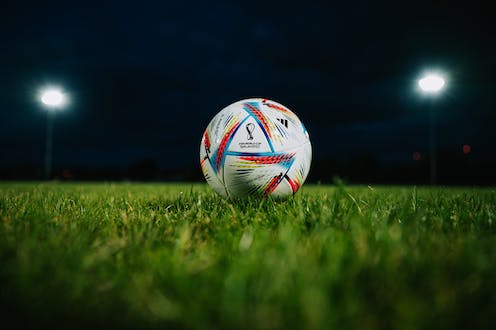 Qatar’s hosting of the 2022 men’s football World Cup has provoked a fair degree of anger and confusion. Why, many have asked, was the tournament awarded to a country with such a poor record on human rights in general and LGBTQ+ rights in particular?

Allegations of corruption within the process by which Qatar was awarded the tournament have also been much discussed. However, with all the heat Qatar is taking, there’s a danger that proven corruption at Fifa and its subsequent failure to reform may not receive the attention it deserves.

Two external inquiries – one by Swiss prosecutors and the other by the US Department of Justice (DoJ) – have investigated claims of racketeering, wire fraud and money laundering by people in and around Fifa.

The Swiss investigations looked in particular at fraud, mismanagement and misappropriation of Fifa funds by high-ranking Fifa officials. Numerous cases are ongoing and several people have been convicted, although former Fifa president Sepp Blatter and vice-president Michael Platini were acquitted (after an eight-year ban from professional football by Fifa). The Qatari football executive and government minister Nasser al-Khelaïfi was also cleared in the Swiss corruption trial.

The DoJ’s focus was more on the distribution of media rights, bribery and money laundering. The US inquiry has investigated the behaviour of Fifa officials over decades. More than 50 individual and corporate defendants have been criminally charged mostly in connection with alleged bribes and the laundering of those payments. Four corporations and 27 people pleaded guilty to various bribery and money-laundering charges.

Several people have been convicted, others acquitted, and a number of the cases are ongoing, largely of individuals fighting extradition to the US. The DoJ has subsequently seized over US$201 million (£170 million) from the accounts of former officials involved in the corruption schemes.

The DoJ has also accused three officials of accepting bribes for awarding world cup tournaments to Russia and Qatar. Two are now dead and the third, Brazilian Ricardo Teixeira, cannot be extradited. He denies all charges but has been banned from professional football for life by Fifa over allegations of accepting bribes related to South American competitions.

Those directly involved in steering Qatar’s bid have always denied any wrongdoing. Qatar’s Supreme Committee for Delivery and Legacy has argued: “Despite years of false claims, evidence has never been produced to demonstrate that Qatar won the rights to host the Fifa World Cup 2022 unethically or by means that contravened Fifa’s strict bidding rules.”

What counts as corruption?

As I argued in my book Analysing Corruption, there will never be a universal consensus on what corruption is. One person’s clever political deal is another’s act of corruption. A good starting point for making sense of where corruption begins and ends is to keep an eye out for four things.

First, corruption is deliberate. No person is accidentally corrupt. Corruption isn’t an act of mismanagement. It happens as people want it to happen.

Second, corruption involves some sort of abusive behaviour. To pin down where “abuse” begins and ends we need to be clear on what the rules of engagement are. We need to know what a given job spec says. Only then can we be sure someone has gone beyond that in making decisions.

Third, corruption involves entrusted power. That power can come via the ballot box (politicians) or it can come via appointment (civil servants or, for example, Fifa officials).

Finally, there has to be some sort of private gain. There must be an output – be it money, reputation or services rendered – that would not otherwise have been forthcoming.

All of those four points can be (and indeed are) contested. But as a starter for ten, they nonetheless offer a framework to make sense of what are often complex processes.

Using this definition, there’s no clear behaviour that directly links the Qatar bid to corruption in securing the right to the 2022 World Cup. There’s even a case to be made that the Qataris – like the Russians (2018), Brazilians (2014), South Africans (2010) and Germans (2006) – simply followed the rules and indeed the logic that underpinned those rules.

Michael Garcia, a former US attorney, pointed out when conducting an independent ethics investigation into the bidding process that those leading the Qatari operation may well have pushed those rules to the limit. However, they were arguably very good at playing Fifa’s game. The rules may well have been unfit for purpose or morally objectionable, but that doesn’t make the Qatari behaviour corrupt.

As exposed by the Swiss and US investigations, a significant number of Fifa representatives have deliberately abused their positions of entrusted power for private gain. All four of the above corruption criteria have been met in these cases. Take the two former officials who were convicted in 2017, Juan Ángel Napout of Paraguay, a former Fifa vice-president, and José Maria Marin, the former head of Brazil’s football association.

Then there are those awaiting sentencing, such as former Fifa council executive member Luis Bedoya who was found guilty of bank transfer fraud and bribery conspiracy. Bedoya pleaded guilty in November 2015 but his sentencing continues to be delayed.

There are more potential legal cases out there, the most obvious of which being that of another former Fifa vice-president, Jack Warner. The DoJ alleges that Warner was paid US$5 million through various shell companies to vote for Russia to host the 2018 World Cup and continues to try and extradite him to the US from Trinidad. Warner denies any charges of wrongdoing.

Where does Fifa go next?

While there has been proven corruption within Fifa, the organisational culture nonetheless appears to remain much the same. Fifa created a set of new institutions to oversee its work in 2012. However, at the height of the corruption cases in 2017, it fired the independent chairs of the investigatory and adjudicatory branches of the ethics committee and the chair of the governance committee. Those sackings then prompted several remaining members of these committees to resign in protest.

The two ousted chairmen stated that they were in the process of investigating hundreds of corruption cases that would be stalled for years and that their removal “neutralised” and “incapacitated” Fifa’s corruption investigations.

The bodies still exist, but they have not had anything like the broader impact that had been hoped for. This is reflected in instances where Fifa has taken no action or stance on clear ethical violations since, such as Russia’s ban from taking part in the Olympics because of doping violations.

This lack of change might well be because Fifa has argued that it is the victim of corruption, not the source of it. In a statement released when Napout and Marin were convicted, Fifa asserted that it “strongly supports and encourages the US authorities’ efforts to hold accountable those individuals who abused their positions and corrupted international football for their own personal benefit”.

But it appears that even with those charged with corruption leaving, Fifa needs a cultural shift towards more transparency and accountability. In research on Fifa’s response to corruption, my colleague Will Heaston and I have argued its leaders have failed to understand the problems they face. As such, Fifa has found it very difficult to embrace meaningful reform.

Fifa will likely attempt to bluster its way through the 2022 tournament before concentrating on what’s set to be a less controversial 2026 event in North America. It’ll also focus its attention on its various other moneymaking activities. However, it shouldn’t be allowed to continue without making meaningful institutional change in the face of deep seated corruption, lest it happen again.

Fifa did not respond to a request for comment.

Daniel Hough does not work for, consult, own shares in or receive funding from any company or organisation that would benefit from this article, and has disclosed no relevant affiliations beyond their academic appointment.