US midterms: five reasons why the election results matter 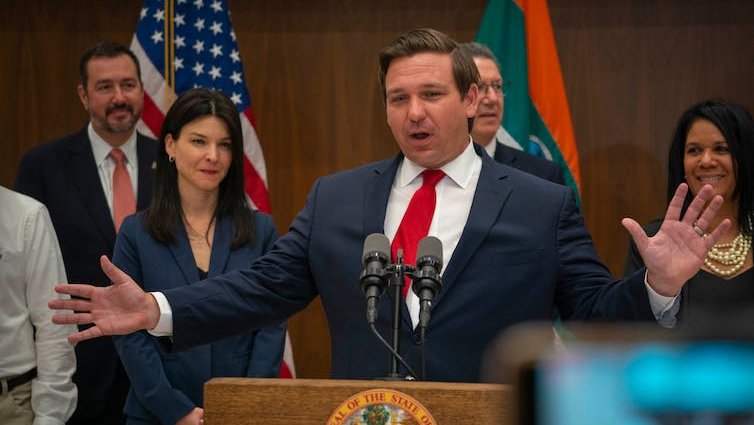 As the US midterm election results roll in, it’s evident that the Republican “red wave” that many experts anticipated hasn’t materialised. Early numbers indicate that Republicans are likely to take back the House of Representatives but by slimmer numbers than expected, even as the US Senate remains a toss-up. While it might see more of a ripple than a wave, Washington still appears braced for divided government.

In the US Congress, Republicans will focus on maintaining a united front against Democrats and trying to ensure that President Joe Biden only serves one term. Policy and legislative gridlock is likely to be the watchword in Washington over the next two years.

Although Biden may have some power to appoint federal and possibly even supreme court judges if Democrats keep control of the Senate, other key White House priorities – including on the environment, healthcare and reproductive rights – will grind to a halt. Here’s five other key takeaways:

If there’s one place where House Republicans, in particular, will leverage their newfound clout, it’s in the area of government spending. Federal expenditures, which have soared to new heights under the Biden administration, will likely be reigned in.

Republican leadership will try to force Democrats’ hands in reforming social security and Medicare in exchange for allowing an increase in the debt ceiling, the borrowing limit for the US Treasury that keeps the federal government operating.

The scope and scale of spending cuts will in large part be determined by how well Republicans can stick together. Reforming welfare is known as the “third rail of American politics” because of its potential to damage officials who deign to take away financial support from Americans. While fiscal hawks such as Republican congressman Jim Jordan of Ohio, co-founder of the Freedom Caucus, have expressed interest in pushing spending cuts as hard as possible, populists in the party may be more wary.

Where Capitol Hill will most see action, however, is in a slew of new investigations aimed at the executive branch – an itch that Republicans have been yearning to scratch since Biden took office. Partly payback for Trump’s two impeachments, and partly due to anger over the White House’s agenda, Republicans will exploit every opening to cut Biden down to size, including on COVID-19, Hunter Biden’s laptop, charges of a politically motivated justice department, and the Pentagon’s withdrawal from Afghanistan.

Some hardline Republican House members have even floated the idea of impeaching Biden, but that likelihood seems remote. Ultra Trump supporters like Marjorie Taylor Greene, a Republican congresswoman from Georgia, will continue to press for any action that creates a self-serving political spectacle.

Yet more mainstream Republicans realise that path is strewn with pitfalls. The risk is being perceived as ignoring “kitchen-table issues” such as inflation while pursuing a partisan vendetta against Biden.

3. Attitudes to China and Ukraine

Internationally, the midterms are also likely to have limited impact in altering concrete policies. Many US allies are worried that if Republicans wrested control of even one congressional chamber, they’d tighten Washington’s purse strings and jeopardise America’s commitments abroad.

Most notably, speculations arose about pulling back support to Ukraine after House minority leader Kevin McCarthy declared last month that a Republican Congress would be disinclined to write a “blank cheque” for the war effort.

A stark pivot away from Kyiv is unlikely, however, even amid a conflict with no foreseeable end. Despite a vocal isolationist wing within the Republican party, there’s broad-based support around Washington for backing Ukraine’s military defences. That’s in line with public opinion for countering Putin’s war, with roughly three-quarters of Americans agreeing that the US should continue to offer financial and military assistance to Kyiv.


Similarly, foreign policy toward China is an area where Republicans and Democrats remain united. Biden has backed off Trump’s dialed-up rhetoric toward Beijing, but has still defaulted to his predecessor’s position of waging “low-grade economic warfare”.

4. Implications for US democracy

While the midterms matter on their own – and shouldn’t just be viewed as a warm-up for 2024 – there’s a reason why all eyes will now shift toward the next presidential election. Democrats framed the midterms not just as a vote on policies, but as a referendum on the future of American democracy itself.

With more than 300 right-wing election deniers on the ballot, many worried that the groundwork could be set for an even more turbulent election in 2024 than the nation survived in 2020.

Early polling, however, indicates that Americans are pushing back against many extreme election deniers, especially at the state level. Voters in Pennsylvania and Michigan rejected Trump-backed candidates for governor who would have held considerable sway over certifying electoral votes.

What’s more, vocal election-denying candidates for secretary of state – the official who certifies election results in most states – have lost or are lagging behind in many races, underperforming other Republicans.

Meanwhile, Trump’s grip on the party may be increasingly challenged by rival Ron DeSantis, who surged to victory in the Florida governor’s race by a double-digit margin, flipping districts that used to be safely Democrat and taking large swaths of the Hispanic/Latino vote. Although results for Trump-backed candidates have been mixed, it’s clear that Trump’s blessing wasn’t a surefire guarantee of victory, and that candidate quality continues to matter.

All of this doesn’t ensure there won’t be threats to election results, either in this cycle or 2024. The scourge of election denialism has become bigger than just Trump or his most ardent allies, morphing into a full-blown movement that may prove hard to contain. Still, the apparent rejection of the most extreme candidates suggests that many Americans – from both parties – want stability back, especially in the core institution of free and fair elections.