A bad night for Trump? Four takeaways from the US midterm elections so far 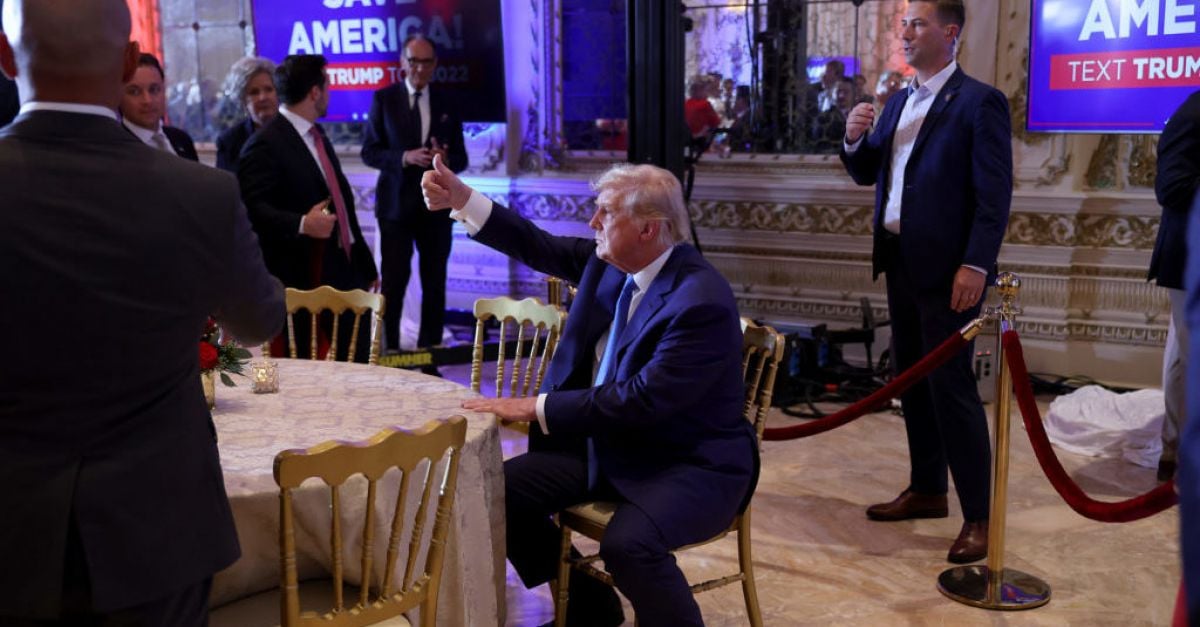 Democrats were enjoying a stronger-than-expected showing in the US midterm elections early on Wednesday, as it appeared the party was limiting its losses in the US House of Representatives and capturing important governors’ races.

But as votes were still being counted in several states, there remained the possibility that Republicans could end up with control of both the House and the US Senate.

Here are some takeaways from the election so far:

Fetterman has the upper hand

Democrat John Fetterman’s hard-fought victory over Republican Mehmet Oz gives Democrats another seat in a Senate currently split 50-50, meaning Republicans must win at least two seats of the three outstanding Senate races in Georgia, Arizona and Nevada to take control of the chamber.

For Fetterman, the state’s lieutenant governor best known for favouring hoodies over suit jackets, the win was a personal triumph after suffering a stroke earlier this year. Oz, the TV physician who was Trump’s hand-picked candidate for the race, had questioned his fitness for office.

During Fetterman’s campaign, he made much of visiting the state’s rural regions with talk of creating working-class jobs.

That effort paid off. While Oz largely won the same rural counties former president Donald Trump won in 2020, Fetterman outperformed president Joe Biden in those areas and that helped him win the state.

J.J. Abbott, who was press secretary to former Governor Tom Wolf, credited Fetterman’s “strong brand” for his performance but added that voters’ concerns about abortion rights and election integrity were also factors.

Fetterman ran “an authentic and strong campaign that beat back a torrent of attacks effectively,” Abbott said.

Abortion on the ballot

If Democrats indeed end up limiting their losses in the House and keeping control of the Senate, it may be the issue of abortion rights that will get the credit.

In the run-up to the election, there was a growing belief among political analysts that the energy sparked by the U.S. Supreme Court’s June decision stripping constitutional protection from abortion would not be enough to rescue Democrats when compared to voters’ concerns about the economy.

But there were signs throughout the evening that abortion remains a potent issue. Nowhere moreso than in Michigan, where Democratic Governor Gretchen Whitmer, who vowed to “fight like hell” for abortion rights, soundly defeated Republican challenger Tudor Dixon.

Exit polls conducted by Edison Research showed that the economy and abortion were the two top issues for voters, with 76 per cent of Democrats saying abortion was the biggest driver of their vote.

A wave or a ripple?

The results in a handful of Virginia congressional races gave some hints about how the rest of the election was playing out in the fight for control of the US House.

Analysts had said the race between incumbent Democrat Abigail Spanberger and Republican Yesli Vega in Virginia’s 7th district would be a gauge of whether Republican gains could be on the larger side, perhaps north of 20 seats. The district sits in the exurbs of Washington, DC.

Spanberger, a moderate, had once been considered relatively safe, but as the political environment seemingly worsened for Democrats, her race became a toss-up. On Tuesday, she held Vega off, suggesting that if there is going to be a Republican wave, it may be more of a ripple than a tsunami.

Spanberger made Vega’s opposition to abortion a central theme of an advertising campaign.

Meanwhile, a race in the state’s 10th district, situated even closer to Washington, ended with incumbent Democrat Jennifer Wexton keeping her seat.

Republicans did capture Virginia’s 1st district, held by Democrat Elaine Luria, a top target this cycle. Luria’s loss to Jen Kiggans was not much of a surprise: The district was drawn in a more Republican-friendly way as part of redistricting.

The win moved Republicans closer to the five seats they needed to take over the House.

Away from Virginia, Democrat Sharice Davids held onto her seat in Kansas, handily beating back her Republican challenger. Like Spanberger, Davids had been viewed as vulnerable if Republicans had an earth-shattering evening.

Ron DeSantis took care of business. As expected, he was handily re-elected as governor of Florida.

Now all eyes will be on his next move — and whether he has the courage to take on Trump for the 2024 Republican presidential nomination. Picture two gunfighters eyeballing each other on a dusty main street.

That DeSantis is considering a White House run has been an open secret for months even though he never talks about it publicly.

Trump has suggested he will announce another presidential bid, perhaps as soon as November 15th. He has taken to mocking DeSantis at rallies and arguing that the governor would not be a viable contender for the nomination if he runs.

“DeSantis is prepared for a head-to-head primary, and I anticipate he or his team will indicate that in the coming days,” Jolly said. “They believe they can win sufficient delegates to capture the nomination and defeat Trump.”

A recent poll of Floridians by Victory Insights found Trump and DeSantis knotted at 50 per cent each.