The Crown series 5 review: the royal family remains as relevant as ever 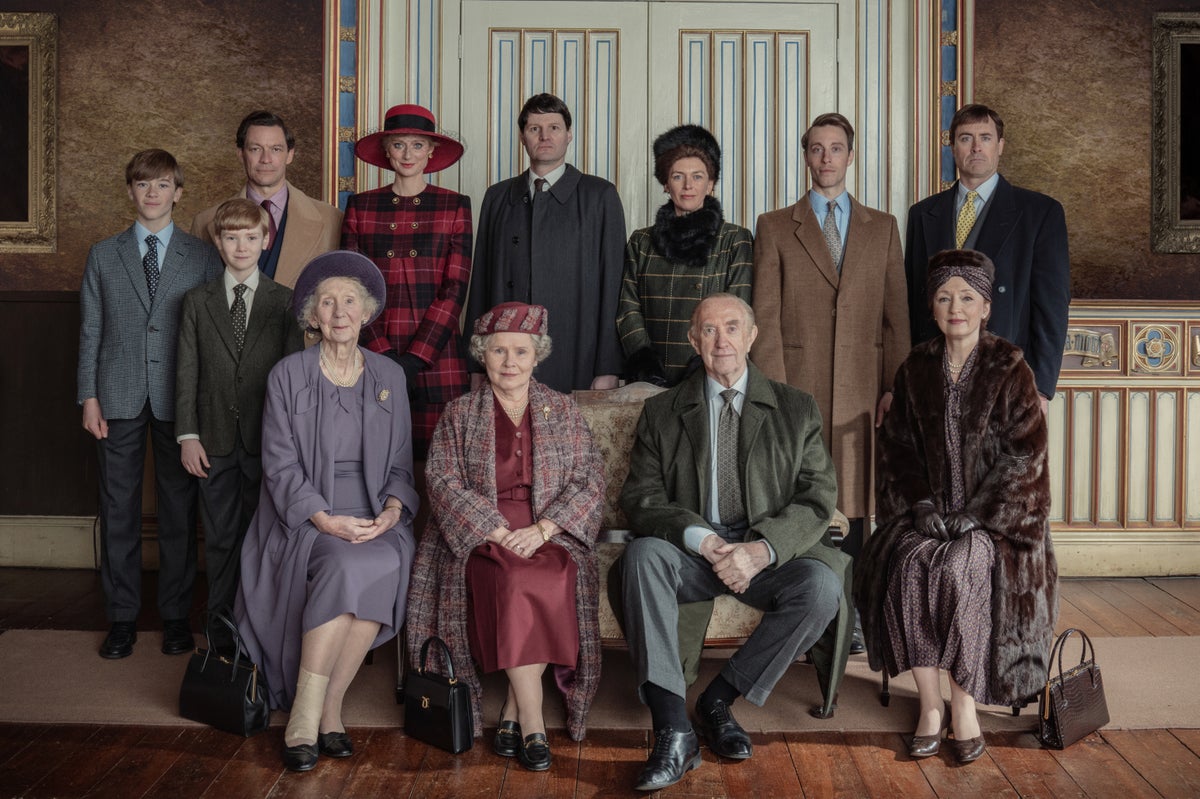 he fifth series of The Crown opens to a fanfare of controversy and with a thumping ocean-going metaphor. The first episode starts with the young Queen launching the royal yacht Britannia with the hope that “this brand new vessel, like your brand new Queen, will be dependable and constant, capable of weathering any storm”.

Alas, when we see her again, she’s turned into Imelda Staunton, it’s 1991 and Britannia is falling apart from old age and eyed up for scrap by those who want the monarchy to fit into the modern world. “Think”, she’s advised, “of the cost of repairs when she’s so obviously past her best”. Metaphor alert!

It turns out that the public too feels that the Queen is getting on a bit and needs replacing. A poll reveals that – my, how this dates it – over half the people think that she should abdicate in favour of Charles, viz, Dominic West, as the epitome of youth. This bombshell lands just as he and Princess Diana are off with the boys on what Charles’s press secretary optimistically describes as “a second honeymoon”.

Once Charles hears about the poll, to Diana’s disgust he heads right back to London to badger John Major about how awful it was that poor Edward VII was left hanging on for 60 years as Prince of Wales when he had so much to offer. Subtle, eh?

So that’s where this series is heading: the Queen billed as out of touch, Charles desperate to move centre stage, his marriage doomed, not least on account of his relationship with Camilla, and almost every member of the family blaming their miseries on the Queen, including her husband.

Does it matter that some of this is pure speculation, like the encounter between Charles and John Major (played by Jonny Lee Miller, almost unrecognisable)? Nope. I’d say the thing about The Crown isn’t what it invents, it’s that it conveys an awful lot of what actually happened. The difficulty, of course is that the reality (which you couldn’t make up) is juxtaposed with the speculative bits (which were), but you can’t get round that.

Elizabeth Debicki has the trickiest call as Diana, but she gets pretty close: her way of doing Di is always to look up from under her eyelashes, which Diana did. She conveys something of her grace, waywardness and humour. For most of the cast, especially Imelda Staunton, the faces are all wrong but the demeanour and diction so plausible you don’t mind. Dominic West channels the mannerisms of Charles so effectively, he makes the original seem unsatisfactory.

The exception is skinny Marcia Warren, who looks like Miss Marple, as the Queen Mother, who in life was well padded and always up for a gin. She and Lesley Manville (resembling Raine Spencer) as Margaret don’t come close. Jonathan Pryce is a gruff but compassionate Prince Philip – especially compassionate to bereaved Penny Romsey-slash-Knatchbull (Natascha McElhone, here a dead ringer for Jemima Khan) who becomes his carriage driving companion. But he’s also got a soft spot for Diana and warns her that what’s she’s married into isn’t just a family, it’s a system.

A whole episode is given over to that fascinating character, Mohamed Al-Fayed – nailed by Israeli actor Salim Daw – and his fatal obsession with the Royals. It’s movingly conveyed in his relationship with Sydney Johnson (brilliant Connie M’Gadzah), former valet to Edward VIII, who plays Henry Higgins to Fayed’s Eliza Doolittle, turning the Egyptian trader into an English gentleman. The series closes with the Fayeds capturing the biggest royal prize of all… Diana.

And yes, we do get the transcript of the unforgettable Tampongate tapes. That’s what I mean when I say that the problem for the Royals isn’t that Peter Morgan makes things up; it’s that he reminds us what happened. Camilla is playing cards happily with her family and the phone rings. It’s Charles, wanting to talk through his speech on the abuse of the English language, and one bit of innuendo leads to another until Charles sees himself swirling round the loo as Camilla’s tampon. Prince Philip’s face as he was reading that was quite a picture. Astonishingly, that episode ends up overtly pro-Charles, plugging the work of the Prince’s Trust with terrifically diverse young people.

You may, incidentally, be wondering how Camilla succeeds with Charles; it turns out she agrees with everything he says.

Prince Philip also gets an episode to himself. It starts with the Bolsheviks’ brutal murder of Tsar Nicholas and his family in 1917, after George V instructed the government not to rescue his cousin. And now Boris Yeltsin is visiting, and the Queen makes him promise to bury her relatives nicely in return for a royal visit.

It all makes Prince Philip channel his Russian side. He turns on the Queen for making him give up his Orthodox faith and naval career and declares they have nothing in common. That’s why he enjoys “spiritual companionship” with lovely Penny Knatchbull. The relationship between Philip and Penny is old hat, but would he have had a showdown with the Queen? God knows.

Diana’s tragedy unfolds inexorably, with Martin Bashir determined to get an interview come what may, and stoking up the paranoia. “Trust no-one”, he tells her, quite rightly, it turns out. The Panorama interview is set up like a spider waiting for a fly. Over in Eton, where William is, they’re talking about Guy Fawkes and High Treason. Cut to Diana baring her soul to Bashir. Subtle it’s not.

Divorce follows, but there’s a poignant episode when Charles drops in unexpectedly in Kensington Palace. For a time, they’re almost friends, contemplating their marriage if there’d been a bit more give and take. It doesn’t last, but we get a glimpse of what might have been… a really good partnership, if honesty had been the policy from the start.

Meanwhile, new PM Tony Blair is to decommission Britannia – and Charles is all for it: she’s “not fit for purpose today”. As we already know, it’s not just the yacht he’s talking about. But we know better. This year we saw that people do value duty and long service. When it comes to The Crown, the Queen had the last laugh.

The Crown lands on Netflix on November 9

2022-11-05
Previous Post: The Crown season 5 on Netflix review: the royals remain as relevant as ever, even when told they’re obsolete
Next Post: Brazil election: what I saw on the streets made me cautiously optimistic