A CHEF is closing down his popular Michelin-rated restaurant after losing his taste and smell from Covid.

Mark Sebastian Fisher cannot personally sample the dishes before customers are served and has to ask his wife Michelle or staff to do it for him.

Sebastians Restaurant With Rooms, in Oswestry, Shropshire, is closing after the last meals are served on New Year’s Eve.

Mark and his wife, Michelle, decided it was time to step down, but have confirmed the bed and breakfast will continue.

The top chef said: “I lost all sense of taste and smell due to Covid and now I’m reliant on other members of family and staff before we send food out.”

The popular eatery has enjoyed two AA Rosettes, two forks in the Michelin guide, places in various guides including The Good Food Guide and five-star reviews on Trip Advisor. 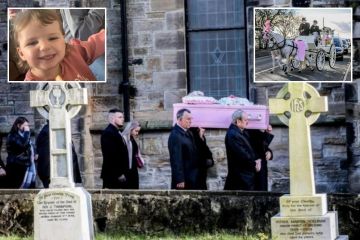 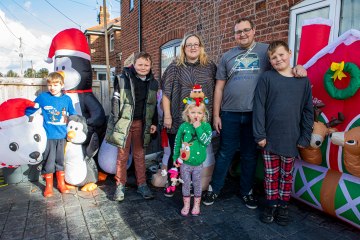 REBELS WITHOUT A CLAUS

Commenting on the decision to close, Mark said: “We have been here for 33 years, I’ll be 65 next year.

“I think one of the main reasons is that our three children have had to work here, practically since they were born, and they are at a time where they all have full-time jobs – and we want them to go and do their own thing.

“Costs are going to be crippling for restaurants next year, so I think you will find a lot of restaurants will be closing.”

Mark added that there is a chance the restaurant could reopen at a later time, but for now it is time to slow down.

Most read in UK News

Sebastians is now fully booked until the end of the year and has a waiting list of approximately 150 people.

From the New Year onwards, the restaurant will no longer be opening on a weekly basis and will just offer accommodation and breakfast.

Customers and the local community have taken to Facebook to bid farewell to the restaurant and share memories of their visits.

Sally Stewart wrote: “I’ve only ever been once and it was lovely, tried to get a table many times but you’re always fully booked which is frustrating but also fantastic for business.

“I’m sure you’ll be deeply missed as there is very little outstanding places to eat in Oswestry. Enjoy your semi retirement.”

People are only just realising the hidden feature on takeaway boxes

Deb Lovell said: “Thank you for looking after us all over the past 20 years.

“It has, and will remain our favourite place to celebrate with loved ones at special times in our lives. We look forward to hearing your plans for the future.”

The renowned restaurant is Michelin-rated[/caption]

2022-11-05
Previous Post: Ukraine war: Russia U-turns on grain deal after Putin’s attempt at escalation fails
Next Post: Deepfakes are being used for good – here’s how