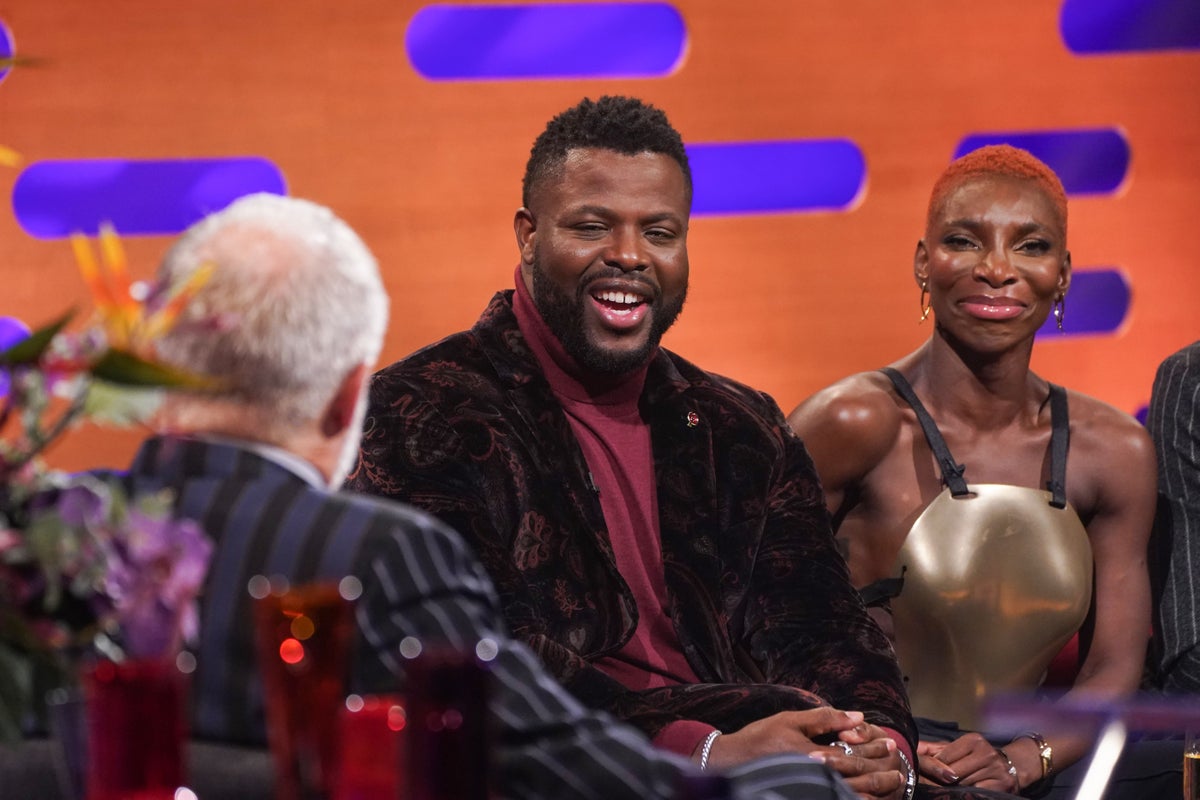 ichaela Coel and Winston Duke have revealed they visited Chadwick Boseman’s grave to “ask his blessing” ahead of commencing filming on Black Panther: Wakanda Forever.

Speaking on the The Graham Norton Show, Duke, 35, who plays M’Baku in the Marvel films, spoke about the experience of creating the second film without Boseman: “It was really just melancholic to step back into the shoes of it all.

“I was glad to get back with the rest of the cast but Chadwick left this huge gaping hole, which was really hard to fill and you really felt it.

“Visiting his grave to say goodbye formally and ask his blessing was really great to help deal with it because it was such a surprise – none of us knew that he was sick and we were only weeks away from shooting when we heard of his passing.

“The movie is deeply about grief and how hard and messy it is, there is no pretty perfect way through it, and you are changed forever by it.”

Coel, who joined the cast in the role of Aneka for Wakanda Forever, added: “For me visiting the graveside allowed me to not just see Chadwick from a Marvel perspective but to understand this was a friend to this cast and it was a real human loss.”

The I May Destroy You actress and creator also spoke about the physically demanding element of her role in the upcoming film, which is due for release on November 11.

Adding: “Then they said about boot camp starting and I was like, ‘Boot who?’ And training was every day.

“I had never done anything like that in my life.”

Duke, who also starred in Jordan Peele’s horror film Us, also spoke about his role in the Black Panther sequel, saying: “I’m doing a lot more – a lot more noise and a lot more humour.

“I was inspired by Brian Blessed. I loved him in Flash Gordon – his character’s function is so like mine and I liked how he did it.”

The actor went on to reveal that the barking – which his character has become known for – tends to be a go-to reaction from fans.

“I don’t know what they think will happen or why they don’t just say, ‘Hey Winston, I love your work,’ and it’s always in the most awkward places like public bathrooms,” he said.

When asked if he barks back at them, he said: “Of course, who am I not to respond to the call!”

During the first film M’Baku and his Jabari Tribe members begin barking at Everett K. Ross, played by Martin Freeman.

The Graham Norton Show airs on BBC One on Friday at 10.40pm.

2022-11-04
Previous Post: Raw vegan diet may be a risk to your health – here’s why
Next Post: Gold: when the price goes up, more of it gets stolen in break-ins – new research