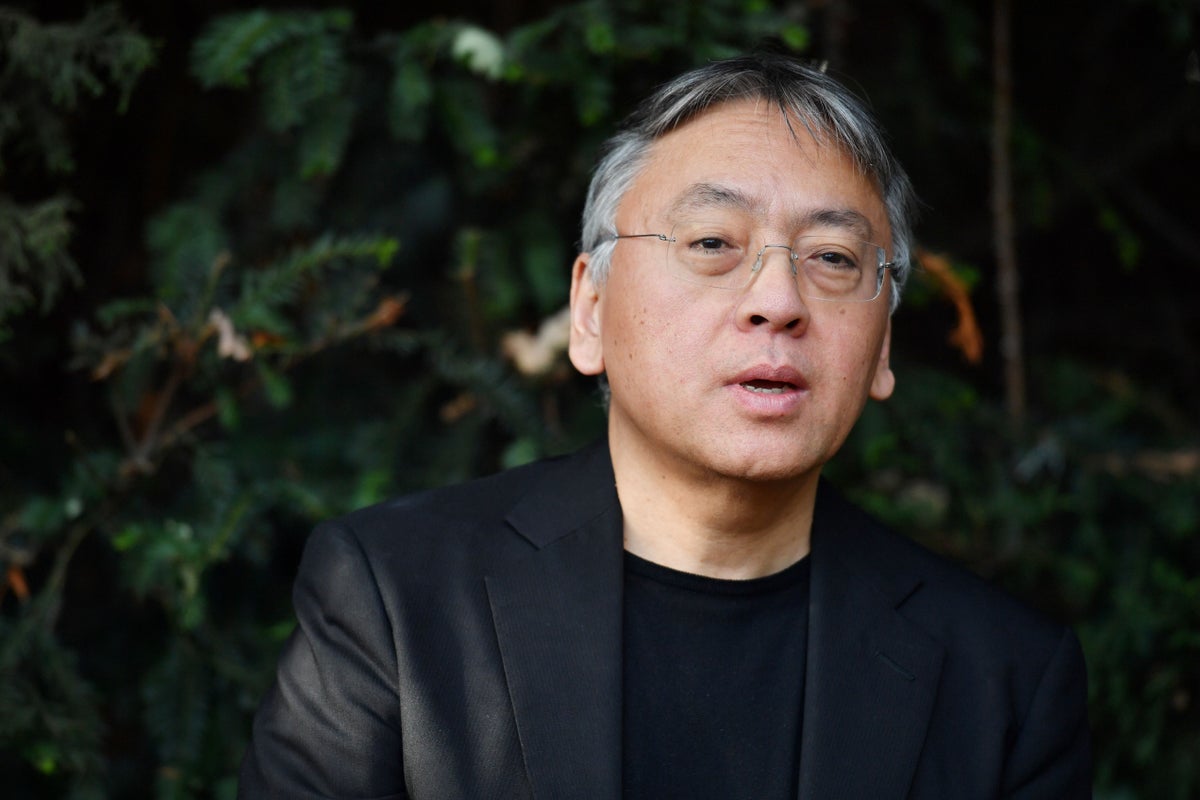 t famously takes the Whitbread, Booker and Nobel prize-winning writer Kazuo Ishiguro between three and 10 years to complete a novel but that’s nothing compared to the gestation period of his screenplays.

His latest, Living, a remake of Akira Kurosawa’s 1952 film Ikiru, arrives a full 17 years after his last, for the near-forgotten film The White Countess. Living, about a 1950s civil servant (played by Bill Nighy) reassessing his life in the light of a terminal illness diagnosis and a platonic friendship with a young female colleague (Aimee Lou Wood), has arguably been fermenting in his mind even longer.

Ishiguro was born in Nagasaki but his oceanographer father moved the family to Guildford in 1960, when his son was five. “It was almost impossible to see Japanese movies then,” he says, “and when they started to appear on BBC2 it was always films by Kurosawa or [Yasujirō] Ozu. Even though I was too young to appreciate them I’d always watch them, and later when I came to London I’d attend late-late screenings at the Rep cinemas of the time: the Paris Pullman, the Academy, the Electric, the Scala.

“The values and the vision of Ikiru had a huge influence on me at a formative time. The film says it doesn’t matter if you have been dealt a rather modest hand by life. You don’t have to transform yourself into some kind of superhero to make your life worthwhile, but you have to make a big effort to make the life that you *do* have into something meaningful. I thought that was an inspiring message because I thought the chances are that I was going to lead a fairly boring life.” He allows himself a small laugh at that.

Ikiru has somewhat faded from view, but Ishiguru felt the story’s depiction of crushing bureaucracy could also speak powerfully to the isolation of modern working life. So at a dinner with the married film producers Stephen Woolley and Elizabeth Karlsen he suggested a remake: on a whim, they invited Bill Nighy over to join them and Ishiguro realised he would be “a portal into a certain kind of Englishness”.

He didn’t plan on being involved in the film but, given the way he straddles English and Japanese culture, Woolley persuaded him to write it. This is a one off: he’s not planning a major move into cinema, though he sometimes writes screenplays “for fun”.

Ishiguro’s 1986 novel An Artist of the Floating World and his most successful book, 1989’s The Remains of the Day – which won the Booker and was made into a Merchant Ivory film with Anthony Hopkins and Emma Thompson four years later – also feature older protagonists reflecting on their lives. I wonder if this preoccupation feels more urgent today, since Ishiguro will turn 68 next month. “I worry about old age in the way that everyone worries about it,” he says. “If you’re 60 you can conceivably live for another 30 years. Now it might be only 20 years.

“My wife and I worry about the quality of our lives deteriorating or that a serious illness might come or something like that. But we are more focused on whether our daughter will be able to buy the kind of house that she wants with her husband. I think it’s healthier to focus on the younger generation because for my generation it was so easy to buy properties, to be independent and to settle down. We haven’t made way for the younger generation perhaps to the extent that we should have done”

Their daughter Naomi is herself now a 30-year-old writer with a novel and a short story collection to her name, which must surely make him feel his own age more keenly. He stands by his assertion that most artists do their best work in their 30s and 40s but points out that his second most successful work, the dystopian sci-fi tale Never Let Me Go, emerged when he was 50. “I have never suggested that we should all give up. One of the things that interests me is what late careers should look like.”

And though certain themes recur in his books, you can’t accuse him of not moving with the times. Never Let Me Go – which became a 2010 film starring Keira Knightley and Andrew Garfield and is soon to be adapted as a TV series for FX – dealt with organ harvesting and body augmentation.

The Buried Giant (2015) arguably presaged the return of fantasy as a credible genre in literature and entertainment. Klara and the Sun (2021) deals with the ramifications of gene splicing and artificial intelligence on the human condition. “I don’t think we’re quite aware how fast developments are moving in those fields,” he says. “I think they will have enormous positive changes for us but we have to guard against terrible pitfalls. It’s a similar challenge to when nuclear power became possible. There are huge benefits but you can also destroy the world.”

Naomi apparently upbraids him for not confronting climate change. “That’s part of a wider point: that each generation has its own issues,” he says. His generation lived through decades of Cold War angst, the existential struggle between communism and capitalism and the threat of nuclear war. (His mother was in Nagasaki when the atom bomb fell and was injured by a falling roof tile: which, ironically, meant she was put to bed and didn’t see the devastation in the early days after the blast.)

“Have we [Ishiguro and his contemporaries] got the intellectual and emotional energy to look clearly at the modern world where the big issues are inequality between the rich world and the poor world, climate change and the fact that capitalism is probably not delivering in the way that it has been delivering in the past,” he asks, rhetorically and magnificently. “The nature of things having changed, with tech companies becoming the wealthiest companies in the world, the model we developed for capitalism doesn’t work anymore.”

Closer to home is the debate within the publishing world about cultural appropriation, and whether authors can write about experiences that are not their own. As a Japanese man who came to a still-racist suburban Britain as a young boy, and a dispassionate chronicler of Britishness in some of his fiction, he can see both sides. “It’s a complicated area but I think there is quite a lot to be said for what might be termed, abusively, as ‘woke’ culture,” he says. “There were a lot of things that were not being examined that need to be examined.

“However there is a fundamental thing that I would stand by which is the freedom of creative people to be able to write from the point of view of whoever they wish.” He’s all for a spirited debate about whether such artworks are good or bad but views the idea that a man shouldn’t write from a woman’s perspective as absurd. And as so often, he identifies a more profound underlying question that takes him five minutes to elucidate, but which I’ll try to summarise. Here goes.

For centuries it was assumed that beneath differences of culture, era, religion or experience (including trauma) there lay a shared set of human values. This made the appreciation of art from different cultures and times possible. Now, “some of the thinking behind the idea of appropriation of voice is that this assumption is wrong. That there are chasms between groups that have been defined by experience, particularly the experience of being victimised. The much deeper question is: have we been mistaken in thinking we are all fundamentally the same? Are we so defined by identities that we have nothing in common with the next group? Then you ask: is art possible at all? Why write a novel if you are only trying to address the people in your own group?”

Talking to Ishiguro is a stimulating mental workout. He speaks in pages – sometimes chapters – rather than sentences, each thought meticulously processed. The only time he seems nonplussed is when I ask him the secret of his 36-year-marriage to Lorna MacDougall, a former social worker who is now his first editor and critic (she told him to rewrite The Buried Giant completely, which is why it took ten years).

“I think you just get lucky,” he says after a moment’s thought. “It helps that we do things together. I’ve been lucky that I have been allowed to be a full-time writer from when I was pretty young, mainly due to the success of The Remains of the Day. So we’ve been in the house together a lot, we’ve brought up our daughter together, we have all these shared issues and memories and we can talk about the same people – our worlds haven’t divided too much. That might be a disaster for some people. I don’t think people should beat themselves up about marriages breaking up, and I don’t think the fact we’ve been married a long time means we are better than anyone else. It’s just human chemistry. It’s luck.”

Living is released on Nov 4