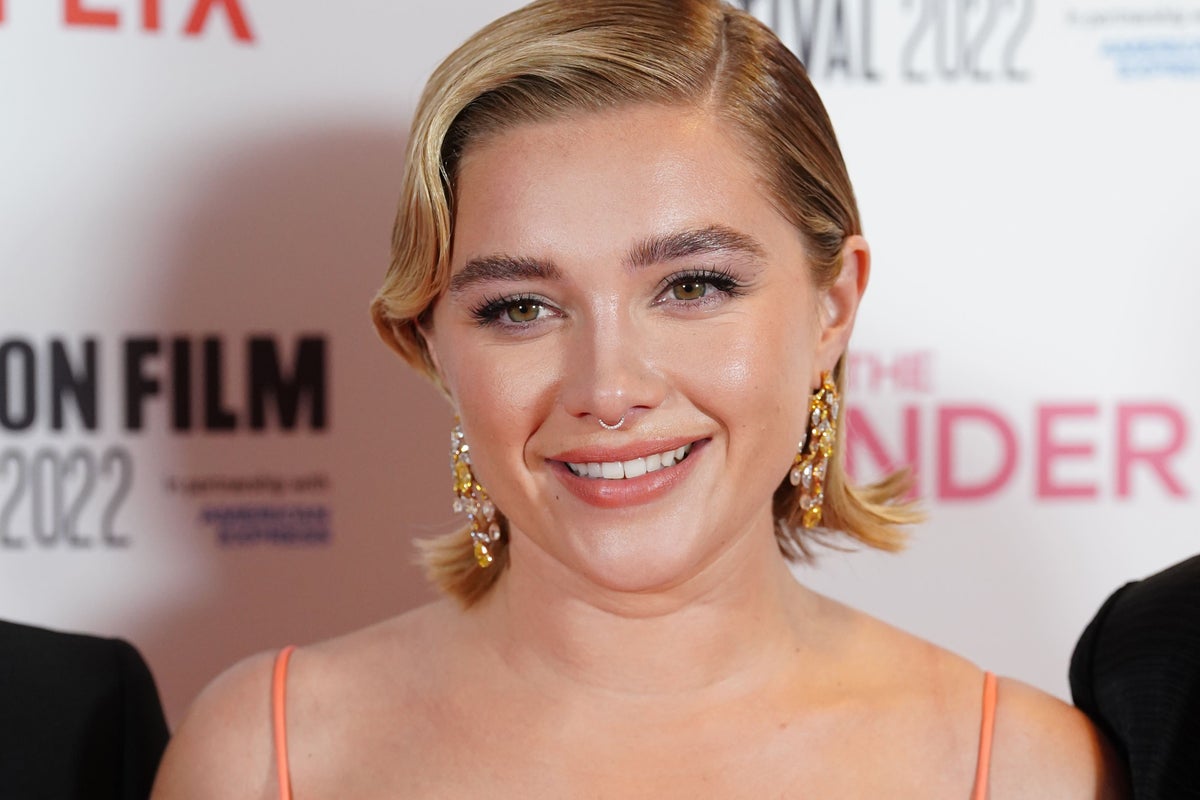 lorence Pugh says as a teenager she “would have put money on being a singer songwriter way before being an actor”, and intends to release a solo music album.

The Don’t Worry Darling star said she had written several songs for an upcoming film and that she had “lost confidence” in performing music through lack of practice.

Pugh reflected on her musical ambitions, which started as a teenage singer-songwriter posting videos on YouTube under the name Flossie Rose, on an episode of BBC Radio 4’s This Cultural Life.

“I would have put money on being a singer songwriter way before being an actor,” she told host John Wilson.

“To me being an actor was so far away. I knew that I could do it, but I didn’t know how to get there.

“Whereas me with my guitar being recorded and going on YouTube, and performing on stage and doing gigs was way more accessible.

“So that was always the thing that I thought I was going to do and then I did this leaflet audition and it just completely went 180 (degrees).”

The actress said she had written “a few songs” for her next film, due out in March, and was asked if they could evolve into a full album.

“I intend to continue that relationship with the producers and I intend to release music.

“It’s something that I have been so conscious of ever since my acting career kind of went like this (doing a hand motion that went up).

“I do miss it and I do miss performing. I’ve lost confidence in it because I haven’t been doing it.

“And I know that if I don’t do it, the lack of confidence is only going to get worse and I just need to just give it a go.”

Elsewhere in the episode, Pugh discussed the pressures of fame and gossip columns, revealing that former partner Zach Braff had told her to stop Googling herself to avoid seeing hurtful things on social media.

“It’s the hardest thing to do but you just can’t engage,” she said.

Pugh has been nominated for multiple awards, including an Oscar and Bafta, for her critically acclaimed performance in Little Women.

She is well known for films including  Midsommar, Lady Macbeth, and the Marvel adventure Black Widow.

She also played the lead in the television adaptation of John Le Carre’s The Little Drummer Girl and recently starred in the 18th century Irish drama The Wonder.

Her episode of This Cultural Life airs at 7.15pm on Saturday October 29 on BBC Radio 4 and BBC Sounds.

2022-10-29
Previous Post: Three reasons to eat pumpkins instead of carving them this Halloween
Next Post: Simon Cowell says he was ‘really unhappy’ and a workaholic before becoming a dad