BARCELONA chiefs will make a desperate attempt to sign Lionel Messi from Paris Saint-Germain in January, according to reports.

Messi, 35, has been linked with a sensational return to the Nou Camp for several months.

Reports initially suggested that he would re-sign for the La Liga giants on a free transfer next summer.

But, following Barcelona’s disastrous 3-0 defeat to Bayern Munich on Wednesday – which subsequently saw the club crash out of the Champions League – Xavi is now eager to reunite with Messi in January.

According to Spanish outlet Sport, Barcelona chiefs are hoping to re-sign Messi as soon as possible.

However, it could prove to be a challenge to separate him from PSG. 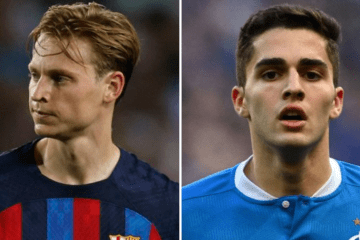 The Ligue 1 champions are determined to keep the seven-time Ballon d’Or winner in Paris until his contract expires in June 2023.

Furthermore, Barcelona’s financial issues could potentially prevent the club from securing a deal.

Messi was forced out of the Nou Camp in 2021 because Barcelona could not afford to keep him.

He signed a two-year deal with PSG as a result which is believed to be worth a staggering £700,000-a-week.

Messi scored 672 goals and assisted 303 during his sensational 17-year spell with Barcelona.

2022-10-29
Previous Post: The French-Algerian war: 60 years on, what is behind France’s reconciliation agenda?
Next Post: Coronavirus origins: the debate flares up, but the evidence remains weak