Afghanistan: with civil war on the cards, the west needs to identify a moderate ally to support 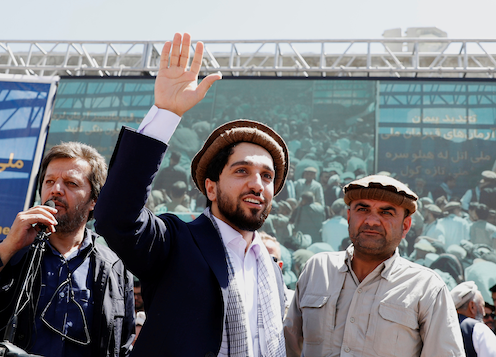 It has become axiomatic that in Afghanistan, once an armed resistance group gains a foothold in an area it becomes hard to route out. This is more so if it musters a degree of local support and is in a geographically remote region. During the past year, an anti-Taliban force led by the National Resistance Front (NRF) appears to have achieved just that in Panjshir, Baghlan, and neighbouring provinces in the country’s north-east, despite significant odds and without much outside support.

More than a year after the Taliban took control of Afghanistan, the country faces what the United Nations has identified as a mounting humanitarian crisis as well as the security risk of a resurgence of jihadism. But working to alleviate this would require closer relations and possible recognition of the Taliban regime. This would appear unlikely given the group’s growing extremism and violations of human rights.

Supporting the NRF can be a way out of this dilemma. Ideologically, NRF embraces a moderate central Asian Islamic tradition espousing reason and cultural propagation (Islam’e akhlaaq’mehwar) rather than the mere exercise of political and military power for ideological ends. It advocates a decentralised political system in Afghanistan based on elections as well as promoting equality regardless of gender, ethnicity, sectarian or linguistic origin.

The NRF could establish territorial enclaves if given money and armaments in its north-eastern strongholds where – with assistance from the United Nations – it could restore some public services. Most importantly it could bring back education for girls and provide refuge for those in immediate risk of persecution – particularly Afghanistan’s Shia community. International humanitarian help in NRF-controlled areas might also offer a solution to the likely migration of millions of Afghans to neighbouring regions and to Europe.

Some observers predict a civil war in Afghanistan. If this is the case the NRF will be the main ideologically moderate group in a conflict otherwise dominated by extremist contenders. Over time and with growing clout, the resistance by the group can provide a model for other regions of Afghanistan to forge a multi-ethnic alliance.

While there must be legitimate concerns for the west about getting involved in any military sense in Afghanistan, the alternative would mean accepting the necessity of dealing with the Islamic Emirate of Taliban (IE) – and the security threats that poses if the country becomes a sanctuary for global jihadist organisations. There is also the moral dilemma of recognising a regime that, for example, has banned girls from attending secondary school.

Any hope that the IE might gradually morph into a more moderate government for all Afghans was dashed with the publication of a hardline manifesto in June this year by the chief of the supreme court and major IE ideologue, Abdul Hakim Haqqani (he is from Kandahar and not a member of the Haqqani network).

An introduction by the Taliban’s supreme leader Hibatullah Akhundzada is seen as its seal of approval by the IE leadership.

In line with Haqqani’s vision, the IE leader announced in mid-October for all ministerial regulations to abide by Sharia Law. The manifesto is written in Arabic, a language spoken in Afghanistan mainly by the clergy – a little like Latin in medieval England – and where the common languages are Persian and Pashto.

The book declares the implementation of God’s law based on Hanafi jurisprudence, one of the major Sunni schools of religious law, as the IE’s main objective. The Pashtun tribal code (Pashtunwali) rooted in archaic notions of tribal hierarchy is deemed important, and obedience to the IE supreme leader is declared obligatory. Defiance to him is punishable by death. Women are required to remain at home unless accompanied by a guardian and are confined to child-bearing and domestic and marital duties.

Democratic elections are derided as corrupt and un-Islamic. Schooling is to be strictly Islamic – raising fears that Afghanistan’s education system will develop into a network of extremist madrassas of the kind Haqqani and many IE leaders attended in Pakistan in their youth.

After the IE seized Kabul in August 2021 and the rapid disintegration of the western-backed former government and its armed forces, it looked as if the only meaningful challenge to the Taliban would come from another extremist group – the Islamic State of Khurasan (IS-K). IS-K perpetrated several atrocities in the immediate aftermath of the Taliban takeover.

But more recently, under the leadership of Ahmad Massoud the NRF has intensified its operations. It is now pursuing guerilla tactics modelled on the successful 1980s anti-Soviet and the 1990s anti-Taliban resistances and now has strongholds in at least six provinces in the north-east.

The failure of successive high-profile appointments by the IE aimed at quelling this resistance show the Taliban’s growing incapacity. Taliban defence minister, Mullah Yaqoob, and the army’s chief of staff, Qari Fasihudin Fetrat, were reportedly both tasked to lead anti-NRF operations in Panjshir and Baghlan provinces but struggled to achieve their objective.

In August, the former head of the Taliban’s military commission, Abdul Qayyum Zakir was put in charge, but he and his deputy were reportedly killed in September in a fight in the NRF stronghold in Panjshir Province. There have been harrowing accounts of human rights violations and summary executions by the Taliban during the campaign.

In a recent interview with Arab News, the former Afghan national security advisor, Hamdullah Mohib stated that “some of those Taliban I know believe that the regime as it is, will not stand for long”, adding that “there will be mass mobilisation in the country. It’s just a matter of when it will be.”

With domestic and outside support, perhaps the NRF could play its part not only in bringing down the Taliban, but in establishing a more moderate and representative government to take its place.

Kambaiz Rafi does not work for, consult, own shares in or receive funding from any company or organization that would benefit from this article, and has disclosed no relevant affiliations beyond their academic appointment.