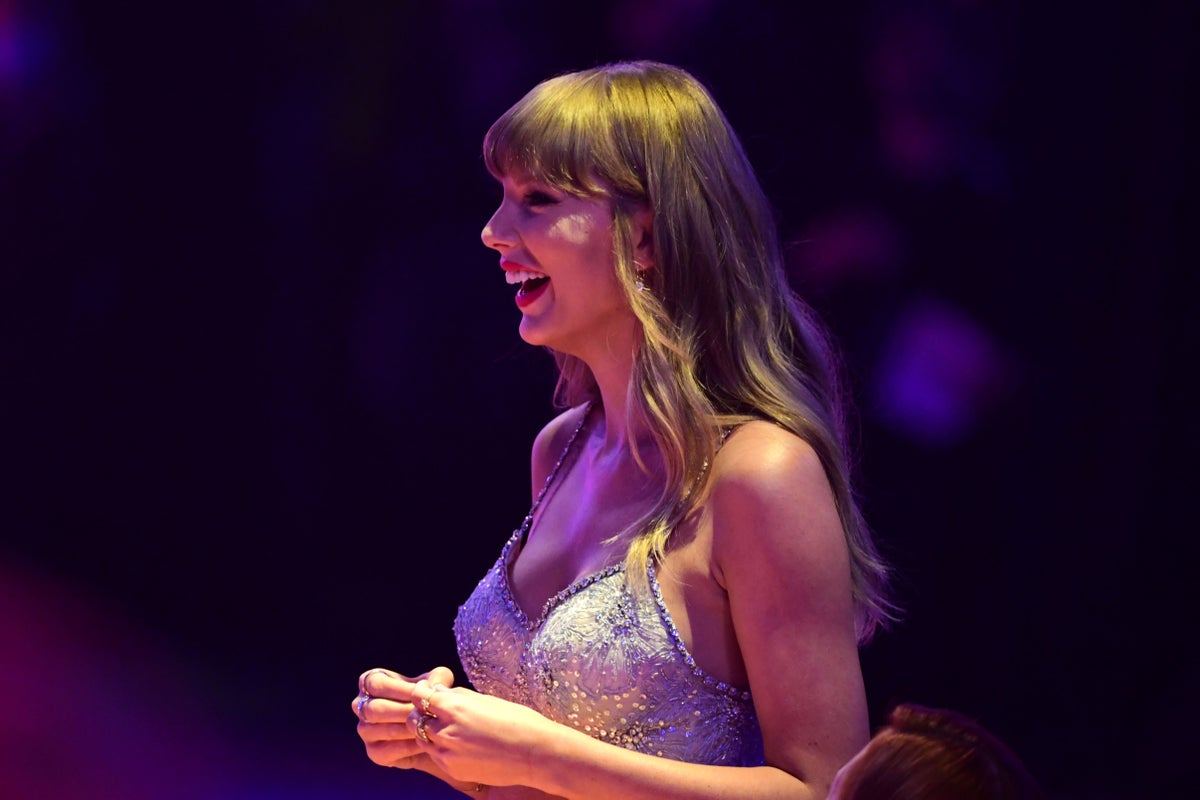 aylor Swift has thanked her fans for “doing something mind blowing” as her new LP broke the Spotify record for most-streamed album in a single day.

The pop-megastar’s latest offering, Midnights, was released on Friday.

Less than 24 hours later the music streaming giant announced online that the album had amassed the most streams in a single day in the platform’s history.

“And before the clock could even strike midnight on October 22nd, Taylor Swift broke the record for most-streamed album in a single day in Spotify history. Congratulations, @taylorswift13,” the platform’s official account tweeted.

Reacting to the news, Swift wrote: “How did I get this lucky, having you guys out here doing something this mind blowing?!

Swift took fans by surprise when she announced the new album in the closing moments of the 2022 MTV VMAs in New Jersey in August.

She has described the record as the story of “13 sleepless nights scattered throughout my life” and “a journey through terrors and sweet dreams”.

It sees her turn away from the intimate indie songwriting of her two last albums, Folklore and Evermore, in favour of electronica, synth-pop and sometimes even hip hop-influenced beats.

Swift has once again written the majority of the album with Jack Antonoff, lead singer of rock band Bleachers.

In a post on her Instagram to mark the album’s release, she shared a photo of herself with her collaborators, and singled out Antonoff as her “co-pilot”.

“He’s my friend for life (presumptuous I know but I stand by it) and we’ve been making music together for nearly a decade HOWEVER… this is our first album we’ve done with just the two of us as main collaborators,” she wrote.

“We’d been toying with ideas and had written a few things we loved, but Midnights actually really coalesced and flowed out of us when our partners (both actors) did a film together in Panama.

“Jack and I found ourselves back in New York, alone, recording every night, staying up late and exploring old memories and midnights past.”

She continued: “Midnights is a collage of intensity, highs and lows and ebbs and flows.

2022-10-22
Previous Post: Exercise really can help you sleep better at night – here’s why that may be
Next Post: PhD Studentship: The epistemic emotion “awe” and its effect on attitudes and motivated information processing at University of Bath