Scottish independence: why the supreme court is deciding if there will be another referendum 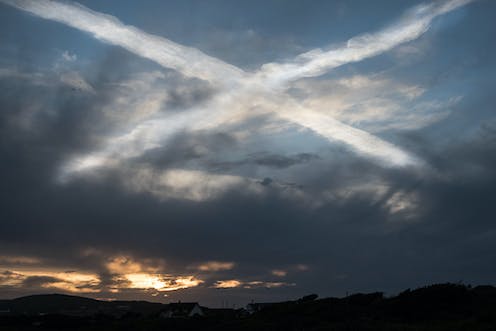 There were no fireworks as the UK’s supreme court opened its doors on the morning of Tuesday 11 October. No star witnesses, cross examinations or fiery rhetoric. Yet many were glued to the live feed coming from London as the case began which could determine Scotland’s constitutional future.

In June, the Scottish government’s top law officer, the lord advocate, set the ball rolling by asking the supreme court to answer a legal question: does the law that created the Scottish parliament allow it to call an independence referendum?

The first referendum took place in 2014. At that time, an agreement was struck with David Cameron’s UK government to grant the powers to Holyrood to organise the vote.

This followed the accepted model of the Scotland Act 1998, which outlines the powers of Holyrood (devolved matters) and Westminster (reserved matters). Some specific areas of law are listed in the legislation – these are the ones limited to the London parliament where Scotland has no jurisdiction in terms of drafting laws. This includes “aspects” of the constitution including the union of the kingdoms of Scotland and England.

These reserved powers can be temporarily transferred to Edinburgh using what is known as an s.30 order. This is what happened in 2012 with the agreement allowing Holyrood to hold the 2014 referendum.

But ever since, subsequent prime ministers Theresa May, Boris Johnson and now Liz Truss have rejected a repeat of this process. This was requested by the Scottish government in 2017 following the 2016 Brexit referendum in which Scotland voted to remain in the EU.

What then is to be done? Dorothy Bain KC, lord advocate since last year, opened her arguments by outlining the mandates the Scottish government and SNP have for their s.30 request: winning the largest number of seats in the UK elections of 2017 and 2019, the Scottish local elections in 2022 and the Scottish parliamentary election in 2021.

The question is whether, in the face of UK opposition, this mandate can be used to organise an independence referendum without an s.30 order. This has never been definitively answered by the courts in Scotland or the supreme court in London. Indeed the lord advocate referred to it in court as a “festering” issue which needs to be resolved if Scotland is to move forward constitutionally.

To counter the argument that an independence referendum deals quite explicitly with a “reserved” matter – constitutional matters pertaining to the union – Bain stated that the vote as outlined in the draft Scottish independence referendum bill would be advisory and, in her words, of no “prescribed legal consequences”. Indeed the proposal states the referendum would simply “ascertain the views of the people of Scotland”.

The UK government – represented by Sir James Eadie KC – rejected this as an irrelevant distinction and also against previous legal interpretation of devolution statutes. The supreme court has heard prior cases involving not just Scotland, but Wales and Northern Ireland, that discuss the limits of devolution. These looked at what amounted to a law “relating to a reserved matter”.

A previous case concerning a law over the sale of cigarettes in Scotland – which the tobacco companies that were involved lost – stated that there must be more than a “loose or consequential connection” with a reserved matter for the law to be invalid.

Imperial Tobacco argued that the proposed law dealt with UK economy issues rather than public health, which is a devolved matter. However, the presiding judge ruled that the Scottish government was within its legislative rights to restrict sales of tobacco to safeguard public health and threw out the challenge.

Eadie argued that collecting the views of Scottish people on independence – even with no explicit legal consequence but rather to discover the views of the majority – seems to have more than just a “loose” connection with the reserved “aspects” of the British constitution relating to the union. It is this question on which case could centre.

However, there is a relevant procedural issue raised by the UK government that this whole case is premature. What is being asked by the lord advocate relates to a draft bill which has not gone through any parliamentary processes at all.

The Scotland Act allows the supreme court to review draft laws from Scotland but normally at the end of the process, not the beginning. This has occurred in recent years with a law relating to Brexit and the incorporation of the UN’s children’s rights treaty into Scotland.

In both these cases the supreme court ruled that the Scottish parliament had exceeded its powers – but after the laws had been voted through. This is not the case with the referendum issue.

Eadie argued that proper parliamentary scrutiny is needed before the courts can be asked to rule on it. Indeed he argues the Scotland Act does not allow it and the lord advocate is mistaken in making such a reference at this stage.

To counter, Bain argued that unless the question is answered at this stage there may never be a resolution to this issue, and that this would thwart the rule of law and the broader democratic question of the many mandates of the Scottish government. There is a possibility though that the supreme court may decide not to rule on the substantive issue at this stage.

It will be a while before we know the outcome. After the conclusion of the cases Lord Reed, the Scots law-trained president of the supreme court, stated it will give its ruling as soon as it can.

But he also mentioned earlier in proceedings the 8,000 pages of documents that had to be considered. In the next few months a clearer picture should emerge on whether Scotland can hold its second referendum for independence or not.

Nick McKerrell does not work for, consult, own shares in or receive funding from any company or organisation that would benefit from this article, and has disclosed no relevant affiliations beyond their academic appointment.

2022-10-15
Previous Post: How many work projects are too many? Here’s why you should tell your boss to stop at five
Next Post: World Cup 2022: Qatar’s frantic countdown to a football tournament full of controversy