Is it embarrassing to be an expat? Brits living abroad are distancing themselves from the term after Brexit 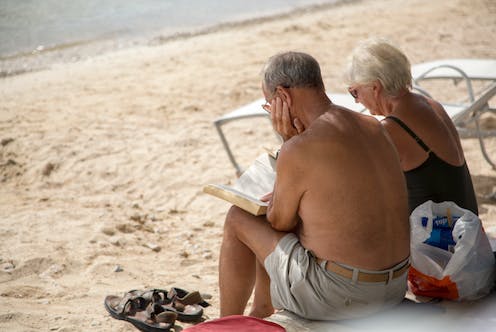 Of the 5.5 million British people living outside of the UK, many have long considered themselves expatriates – people living outside their country of birth, often with plans to return home. For a long time, I didn’t think twice about using the word “expat” to describe Brits who move to Spain to retire, or businessmen relocating to Hong Kong.

A 2015 article by journalist Mawuna Remarque Koutonin caused me to think more carefully about the connotations of class, race and privilege associated with the term expat.

Koutonin asked why we use words like “immigrant” to describe some groups of people who move countries, and reserve “expat” for those who are white, western and wealthy. Koutonin suggests that the word expat allows Europeans to distance themselves from other migrant groups and therefore avoid the negativity often (unfairly) associated with migration.

My research shows that post-Brexit, Brits living abroad are also distancing themselves from the term. One year after the Brexit referendum, camera crews descended on resorts in Spain’s Costa del Sol to ask British people living there how they feel about the occasion.

The comment sections of videos like this and other news articles are full of ridicule towards these communities for their perceived lack of integration with the local community. Overwhelmingly, this coverage focused on retired people, with little mention of the 74% of Brits living in the EU who are there for employment purposes.

In 2021, I began my own research into British communities abroad, focusing on the Turkish resort town of Fethiye, where I interviewed British residents. I wanted to understand how expat communities identify and feel about the term expat.

Fethiye is often called “Little Britain” by locals, and could be described as Turkey’s Benidorm – an area of Spain known for its British holidaymakers that even inspired a sitcom. The resort is the most popular place in Turkey for Britons to settle, and is even home to a fake “British high street”, with Turkish versions of popular UK stores and supermarkets (Tesko, Azda, Marc Spenger and Selfridğez to name a few).

During my research, I didn’t find people happily embracing the expat identity, but the opposite. I was met with Brits desperate to distance themselves from the stereotypes of holiday complexes (resorts that have no relationship with local life).

These stereotypes – participating minimally in local life or culture, refusing to learn the language of their hosts and generally recreating a “little England in the sun” – have become synonymous with idea of British expats.

It’s embarrassing really, people hear “expat” and think of somewhere like Benidorm or “Blackpool in the sun” and being uninterested in the local culture … but I’m very interested in Turkish culture, that’s why we moved here.

Some observed a connection between Brexit and negative perceptions of British people abroad.

Since Brexit there does seem to be added stigma about British expats. They’ll say things like “isn’t it a bit ironic living in Turkey after all the Brexit stuff” … because people are noticing that expats do exactly the same thing that British people complain about back home! It’s lack of integration really.

Who is an expat?

I found that the desire to dissociate from the expat stereotype also seemed to be actively encouraging Britons to steer clear of one another, avoiding the perception that expats only mix with fellow foreigners. This resulted in greater interaction with Turkish people instead.

We are expats, it’s just what we are, I had never even thought about it. The Facebook groups are called “Expats in Fethiye”, the social groups are “expat groups”. I had honestly never even questioned it until Brexit happened and suddenly it seems to be a bad thing. Of course we are immigrants too, but expats just seems to be the more common word. Turkish people call us “yabancı” which just means foreigner… maybe that’s a better word for everyone.

At its most basic, the term expatriate describes someone who does not live in their own country, and could therefore be used to describe migrants, asylum seekers, guest workers and other groups. Some definitions add that “an intention to return home” is what separates expats from other migrant groups.

I would argue that Polish workers in the UK too have plans to return “home”, and Jamaican migrants to the UK may plan to spend their retirement in the sunshine of the Caribbean. Yet we would rarely use the term expat to describe them.

Migrant communities are often scrutinised in the media and political sphere. Much of Brexit’s “leave” campaign, for example, centred around the chance of millions of migrants flooding the UK if Turkey were to join the EU.

Now, it seems that Brits living abroad are no longer immune from such conversations about migration. As migrant stigmatisation has began to involve expats themselves, the term has lost its appeal.

Ross Bennett-Cook does not work for, consult, own shares in or receive funding from any company or organisation that would benefit from this article, and has disclosed no relevant affiliations beyond their academic appointment.