MILLIE BRIGHT and England are setting their sights on world domination after toppling the USA in a feisty friendly at Wembley.

Lionesses vice-captain Bright, 29, reckons the Euros champions laid down a marker with their 2-1 victory over a team ranked the best on the planet.

Bright declared: “It’s all about the mentality of where we want to get to.

“We don’t want to stay at the level of the Euros, even though we were successful.

“We want to grow, be even better and dominate games even more than what we have done and really challenge ourselves.”

And they halted the Americans’ own 21-game unbeaten streak on Friday.

England can extend that to 24 matches without a loss when they take on the Czech Republic in a friendly at Brighton’s Amex Stadium on Tuesday night. 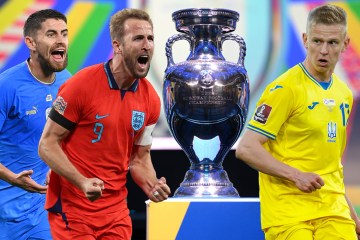 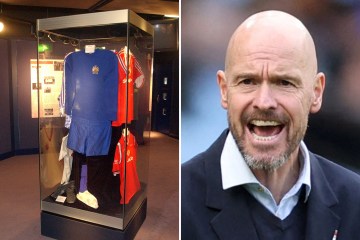 Asked if beating the four-time World Cup winners was a statement win, Bright said: “Yes! That’s a tough US side at Wembley with an amazing crowd, we were always looking to send a message.

“But we focus on ourselves. We are always trying to better ourselves.

“Next year’s World Cup is a long way away and there’s plenty of time for us to work on things.

“Obviously, you want to win every game you play and there are lots of positives but there is also lots to work on, too.

“I don’t think people understand how difficult it is to come down from the Euros where we had such success.

“You’ve been on the highest of highs, then to go into club football and back into internationals. It’s harder than you might think.”

But there is now an aura of invincibility about England.

Chelsea centre-back Bright added: “There were parts of our win over the US where we weren’t at our best.

“But, ultimately, we got the job done and in tournament football that’s what it’s about. For us, we want to get better.

“We are a completely different team to when they beat us in the World Cup semi-final in 2019.

“We are under different management and, as a country, we are in a different place.

“We have a different mentality off the back of the summer. But we still know the journey we want to take and where we want to go.”

There’s not a minute on the pitch where we sit and worry and don’t appreciate the game plan. We trust the process and what Sarina is doing with us

Hemp lined up as a striker at Wembley, a position she has not played in since her spell at Bristol City in 2018-2019.

Wiegman turned to the pacy Manchester City winger, 22, with Ellen White now retired and Manchester United striker Alessia Russo forced to pull out of the squad with an injury.

And Hemp joked that she did not know what she was doing as a No 9 — despite giving her side the lead with a neat clinical finish in only the tenth minute.

Hemp said: “It’s something new for me and something I haven’t done since I played at Bristol.

“I think most of the time I don’t know what I’m doing but I really enjoyed it.

“Wherever you put me on the pitch, I’m going to give it a good go.

“I really enjoyed running behind and holding play here and there. It was a nice experience.”

Arsenal’s Beth Mead says England’s World Cup challenge is all about the players “trusting the process” under Wiegman following their summer success.

The England Women’s Player of the Year, 27, said: “You’ve seen how much we’ve grown and the character we show.

“We really believe in each other as individuals, as a collective and as a team.

“There’s not a minute on the pitch where we sit and worry and don’t appreciate the game plan that we’ve got.

“We trust the process and what Sarina is doing with us.”

2022-10-09
Previous Post: Bright says England have a different mentality after their Euros win as team looks ahead to World Cup
Next Post: Getting fit after COVID? Why you should be strength training – and how to do it