WAYNE ROONEY blasted his former Manchester United team-mate Cristiano Ronaldo by saying he is “not the player he was”.

Rooney, now boss at MLS side DC United, told the Portugal superstar, 37, to be patient while waiting for his opportunity under Erik ten Hag.

The ex-Old Trafford forward spoke to reporters on Friday about the direction of his old team, including the exclusion of the 699-club goal man.

And he warned Ron that Father Time will catch up with him.

Rooney said: “The manager’s obviously gone a different way in terms of how they’re playing and been successful.

“Cristiano… him and Lionel Messi are two of the greatest players to ever play the game, but ultimately time catches up with us all. 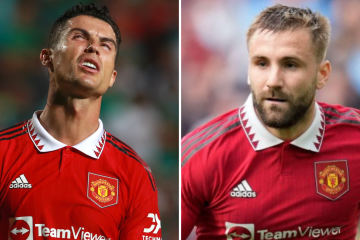 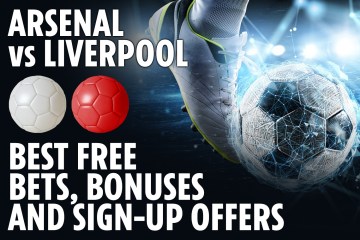 “Knowing him, it’ll be very difficult for him to sit on the bench. I’m sure if he stays patient, his chance will come and, again, it’s then obviously him taking those chances and trying to force his way back in.”

Ronaldo looked dejected as he was forced to sit and watch the Red Devils 6-3 thumping against Manchester City last weekend.

Remarkably, the club icon was left on the bench by Ten Hag despite United trailing 4-0 at the break.

The Dutchman revealed that he decided against bringing on the veteran out of ‘respect’ to his career.

CR7 layed the full 90 minutes during Man Utd’s 3-2 win against Omonia on Thursday in the Europa League.

But he failed to get on the scoresheet once again – there is only a single goal to his name so far this campaign.

Meanwhile, Ronaldo is reportedly moaning about the quality of Ten Hag’s training and considers him “stubborn”.

2022-10-08
Previous Post: Why IMF comments on the UK economy spooked traders and investors
Next Post: COVID inquiry: the UK government’s pandemic response was often not ‘guided by the science’ – yet now scientists are under fire