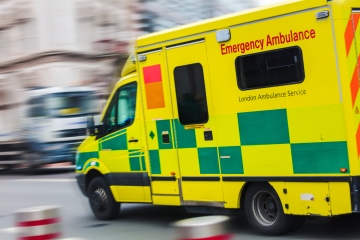 COVID cases are creeping up in the UK once more, new data has revealed.

Figures from the Office of National Statistics (ONS) show that in the last week, 1.3 million Brits have been infected with the bug.

That’s up from 1.1 million the week before and medics have now urged people to stay away from the elderly if they are feeling unwell.

Despite rising infections,  millions of Brits have been vaccinated against the bug, thanks to a huge jabs drive.

The current strain circulating, Omicron, is milder than those that came before it.

However, there are now 1,129 new patients in hospital per day – up from 574 per day in mid-September. 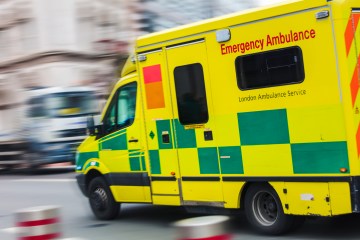 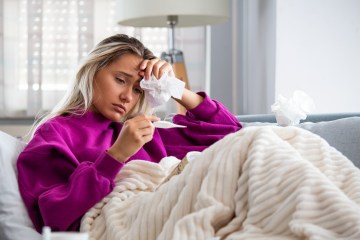 As cases rise, many people want to know where the most infected parts of the country are.

Data from the UK Health Security Agency (UKHSA) shows the most infected areas of the country up to October 1, the interactive map above has real time data from the UKHSA.

The first figure refers to the number of cases in the local authority area, with the second, in brackets referring to the infection rate per 100,000.

Separate data from the ONS shows that cases have jumped 25 per cent to their highest levels since August – with one in 50 people now having the bug.

There’s been a marked rise in cases in those over 70, with experts and medics alike urging people to get their boosters.

Speaking to The Sun, Professor Paul Hunter, from the University of East Anglia said the principle way people can stay safe is to take up the Autumn booster if it’s offered to them.

He added: “If you are older or otherwise in a risk group, then it is a good idea to wear a mask when in crowded indoor environments.

“Masks do reduce transmission but do not eliminate it but if you still catch Covid whilst wearing a mask there is evidence that you will on average get less sick.”

This increase has led to a rise in hospitalisations.

This has prompted fears of a fresh winter wave – with cases in care homes and hospitals also on the up.

Dr Susan Hopkins, chief medical advisor at the UK Health Security Agency, warned: “If you are unwell, it is particularly important to avoid contact with elderly people or those who are more likely to have severe disease.”

Across the whole population, cases are also rising and health chiefs say they are seeing the third wave of patients since April.

In total, 9,631 people were in hospital with the bug in England by Wednesday – the most since the first week of August.

Some hospitals are already bringing back face masks to curb the spread of the virus.

Dr Hopkins added: “This week’s data shows concerning further increases in Covid-19 cases and hospitalisation rates, which are now at their highest level in months.

“Outbreaks in hospitals and care homes are also on the rise.

“Make sure you have any vaccinations you are eligible for and avoid contact with others if you feel unwell or have symptoms of an infection.”

Cases have been rising since the start of last month but experts hope this wave will be milder than last winter.

Professor Hunter, added: “In my view, it’s unlikely that we will see pressures on the health service anywhere near as great as we saw last winter.”