ERLING HAALAND can’t stop scoring at the moment, and it seems he’s started to do extra things to spice up the monotony of it

The Manchester City striker was spotted picking up the referee’s spray canister, giving it back to him, and then charging into the penalty area in search for another goal.

Last night Haaland left the attack, came back to pick up the ref’s spray and gave it to him, and then rejoined the attack casually. This guy kiIIs me 😂 pic.twitter.com/Vlthn9f8X8

And eagled-eyed fans were quick to pick up on his ref spray antics.

“Football is too easy for him,” said a second user online. 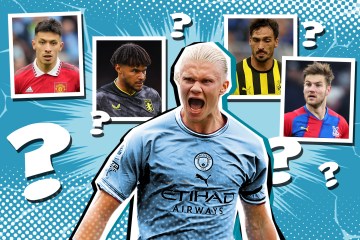 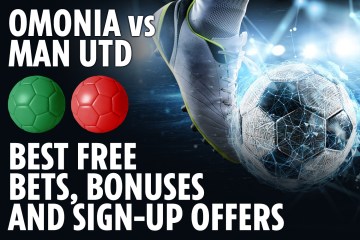 One City fan said: “Biggest forward I (have) ever seen. Doing (side) quest, make a score and good person. We are so lucky, cause he’s playing in our team. “

Meanwhile, a rival fan said: “I actually hate the fact that I can’t hate this man.”

After his third hat-trick of the season in the 6-3 demolition of Manchester United, Haaland then went on to score two goals in 45 minutes against FC Copenhagen.

And an interesting caveat to know is his second goal of the game came just a minute after his exploits seen in the video.

However, he was ultimately denied another hat-trick after being hauled off at half-time with City already three goals to the good.

Jack Grealish revealed Copenhagen goalkeeper Kamil Grabara told him Haaland was “not human” after netting his 18th and 19th goals of the campaign in just 12 games.

On top of his already record-breaking season, the 22-year-old has now been revealed to have scored one per cent of goals in Man City’s Premier League and Champions League history.

However, while it might seem impossible to stop him, SunSport analysts have given their view on how to stop the suitably nicknamed “Terminator,” although his Man City team-mates crowned him with a different name.

2022-10-06
Previous Post: The Hottest Startups in Berlin
Next Post: COVID has taken a greater toll on mental health among people from ethnic minorities – sadly this is no surprise