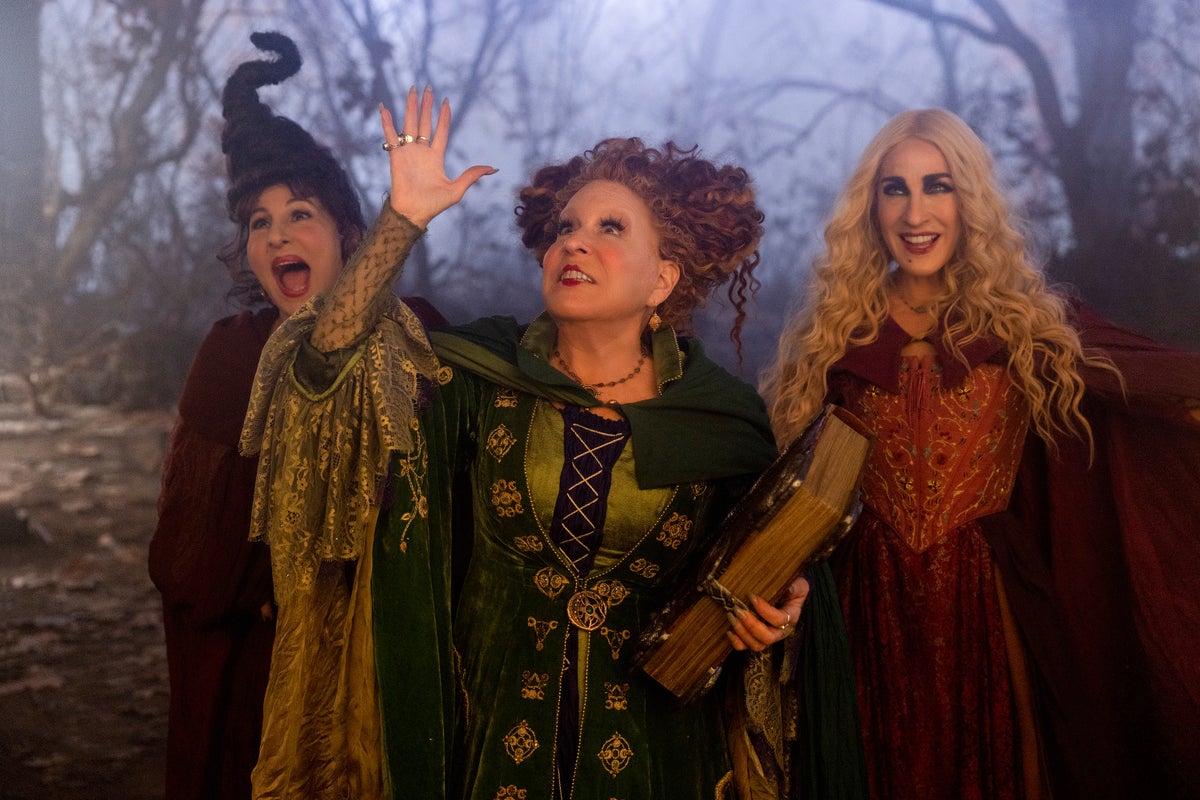 pooky season is upon us, which means dozens of terrifying new series and films coming to your favourite streaming sites, just in time for Halloween.

So, with so much to choose from, here’s our round-up of the best new horror films and TV shows coming to a screen near you.

On the small screen

This cult classic returns 29 years later and is just as much fun as the first instalment. The Sanderson sisters are still up to no good, trying to eat the souls of children and causing havoc in modern-day Salem. “The banshees are more brilliantly bonkers than ever in this rollicking sequel,” said The Standard.

This drama about the serial killer Jeffrey Dahmer smashed records when it was released at the end of September, taking the trophy for Netflix’s biggest opening weekend ever for a new TV show (it garnered a whopping 196.2 million viewing hours over its first week). The show has provoked a wave of discussion online, too, with punters wondering whether it’s really necessary to give Dahmer’s story any screen time at all.

Directed by composer Michael Giacchino, and starring Gael García Bernal (Y tu mamá también) and Laura Donnelly (Outlander) this film specially created for Halloween is based on the Marvel comic-book character of the same name and tells the story of a group of monster hunters.

By the looks of the trailer, it’s Marvel as we’ve never seen it before: the film is shown entirely in black and white and seems to have been inspired by classic horror films.

Director David Bruckner (The Night House) takes on the 1987 cult classic. Starring Odessa A’zion (Ladyworld) as Riley and Jamie Clayton (The Snowman) as the Hell Priest, in this remake a young woman also comes across an ancient puzzle box. And as with the original, the box opens a portal, releasing evil Cenobites into the world.

Let The Right One In

Who would have guessed that this 2004 vampire novel by John Ajvide Lindqvist would have such an ongoing cultural impact? Not only has the book been adapted into two films – a Swedish version in 2008 and an American version starring Chloë Grace Moretz in 2010 – but it has also been adapted for the stage twice. The first time it was shown in Uppsala and Norway, and the second time it was adapted by the National Theatre of Scotland, which went on to tour it in New York and in Seoul.

Based on a horrible true story, a couple buys their perfect home in New Jersey but start receiving chilling notes through their door. Starring Naomi Watts, Bobby Cannavale and Mia Farrow, the seven-episode series has been created by Ryan Murphy (Nip/Tuck, American Horror Story) and Ian Brennan (Scream Queens and The Politician).

If you like 2001’s ghost-thriller The Others then you’re going to like this series based on a short story by Stephen King. Set in the 1850s, Captain Charles Boone and his family move when his wife dies at sea. But strange things start to happen in the new house and Boone is forced to face his family’s dark past.

Three teams spend 28 days in some of the most haunted spots in America. It’s all very Paranormal Activity, with scenes filmed in night vision, contestants jumping and screaming, lamps swinging, and shadows that seem to move across rooms. “Once we go in here we’re never going to be the same,” says one of the cast. Not for those with a vivid imagination.

In this new anthology series, Oscar-winning director Del Toro has worked with different acclaimed writers and directors to produce eight stand-alone horror stories. One episode will be released every day from October 25.

Although not a horror as such, this film starring Jessica Chastain and Eddie Redmayne is a truly terrifying premise. Single mum and overworked nurse Amy thinks she’s found a friend in fellow nurse Charles. But patients start to mysteriously die, and it looks like it’s not the first time…

Every night at 3.33 am (aka devil’s hour) Lucy (played by Jessica Raine) is woken by horrible visions. There is also a string of murders in the area, and it seems that she is somehow involved.

Very little else has been given away about the plot, but as far as we can tell from the trailer, Peter Capaldi’s character, Gideon, is tangled in the unhappy web. Executive produced by Steven Moffat and created by acclaimed writer Tom Moran, this six-part thriller promises to be rather unsettling.

The trailer for this terrifying new film made waves when it was released in June. Now the horror is finally here. The feature directorial debut of Parker Finn, Smile is about a therapist who witnesses the suicide of one of her patients and starts to lose it. Is she going mad, or is there something supernatural going on here? Scary stuff.

This 1992 classic from director Francis Ford Coppola was nominated for four Oscars and had a score written by Wojciech Kilar. Its casting is impossibly good, with Gary Oldman playing Count Dracula, Winona Ryder as Mina Harker, Anthony Hopkins as Professor Abraham Van Helsing, Keanu Reeves as Jonathan Harker, Monica Bellucci as Dracula’s Bride and Richard E. Grant as Dr. Jack Seward. Now, on its 30th Anniversary, the film has been restored in 4K and is being re-released in some cinemas.

This horror thriller is the 13th instalment of the Halloween slasher franchise. Jamie Lee Curtis plays Laurie, one of the survivors of the original 1978 massacre. Crazy killer Michael Myers hasn’t been seen for years, and so she’s finally trying to get on with her life. But it’s not to be. A boy kills a baby he’s babysitting, and the chaos kicks off again. Judging by the trailer, Myers is very much back and the body count looks like it’s going to be as high as ever.

Another classic that’s being re-released for Halloween, Poltergeist was co-written by Steven Spielberg and directed by Tobe Hooper. Strange things start to happen to a Californian family when ghosts start to communicate with them through the TV. It sounds like a comedy, but the spirits become increasingly frightening, the daughter goes missing and, of course, there’s an exorcism.

This Oscar-nominated stop-motion animated comedy film is about a boy who can communicate with ghosts and takes on a 300-year-old curse. It has a packed cast that includes Jeff Garlin, John Goodman, Casey Affleck and Anna Kendrick and is being re-released for Halloween.

The Thing was largely panned upon its release but has become a bit of a cult classic over the last couple of decades. Based on John W. Campbell Jr.’s 1938 novella Who Goes There? it tells the story of a group of research scientists in Antarctica who take in a sledge dog. It’s a mistake: the dog is a shapeshifting beast and now the crew must battle it to the bloody end.

Prey for the Devil

About as classic as supernatural horrors come, Prey for the Devil is about a demon child and a nun with a complicated past. Expect exorcisms and tonnes of references to Christianity and the devil. Daniel Stamm (whose past credits include episodes of the horror series Fear the Walking Dead, Scream, Intruders and Them) is behind the camera.