Kirby, 29, was part of the England squad which brought the European Championships home last summer and is currently Chelsea’s all-time leading goalscorer.

However, the facilities at The Blues which the women’s side used were “unacceptable for a club like Chelsea” according to the club’s new owner.

In a joint interview with Mason Mount with The Times, she said: “We got invited to the game at Stamford Bridge the other day and sat with Todd and met people on the board, and they just seemed super, super positive about women’s football and women’s sport in general.

“They came down to the facilities and said this is not acceptable for a club like Chelsea. We have always got on with it.

“We’ve had a moan here and there when we’ve had to come up here at 7am to use the pool — I’m not a morning person! — but we’ve got stuff done, won some trophies.” 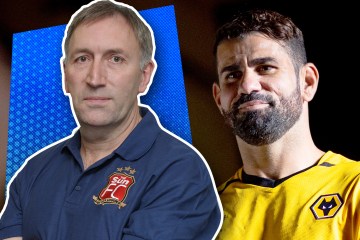 Boehly has made waves in English football since buying Chelsea from Roman Abramovich.

He spent the most money out of anyone in the summer market before sacking manager Thomas Tuchel just days after the window shut, replacing him with Graham Potter.

Amidst the sacking saga, Boehly came under scrutiny after it was reported he asked Tuchel why he doesn’t play a 4-4-3 formation in an early meeting with him.

And since then Boehly has created widespread debate over whether England should introduce an American-style All-Star game, with SunSport giving a mock-up of what the teams could look like.

She also scored twice and assisted three times at the European Championships.

2022-09-16
Previous Post: The WHO has advised against the use of two antibody therapies against COVID – here’s what that means
Next Post: Queen Elizabeth: what we mean when we say we are mourning her for the values she embodied