Should we really believe scientific facts will last forever when history is full of revolutions in thinking? 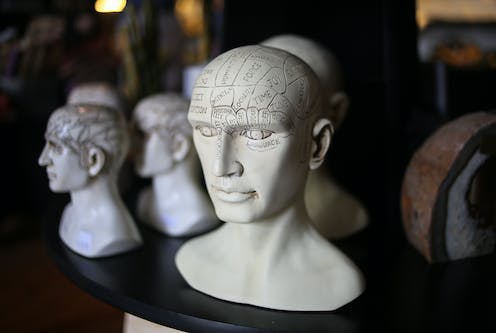 Astronomers once believed the Sun revolved around the Earth. In the 19th century, scientists thought the shape of a person’s skull could reveal their mental strengths or weaknesses. And in the 20th century, many scientists fiercely opposed the idea that continents drift. All views that have since been completely overturned.

So can we trust the scientific truths of today? Is it possible to identify scientific ideas and claims that will last forever, and are not susceptible to future scientific revolutions? Some would say certainly not. But my new book, Identifying future-proof science, combines historical, philosophical and sociological enquiry to argue that it is often possible.

There is a philosophical stance sometimes called intellectual humility, which involves doubting whether there are ultimate truths by looking at evidence from scientific revolutions and paradigm shifts (changes in systems of belief and knowledge) in history.

At first this seems very sensible, perhaps even rational. One might add that humility is a virtue. Who would dare to assert that some scientific claim, endorsed today, will still be endorsed by scientific communities operating 5,000 years from now?

Those sceptical of scientific assertions often employ a simple argument: scientists were sure in the past, and ended up being wrong. Physicist Albert Michelson (famed for the Michelson-Morley experiment) wrote in 1903: “The more important fundamental laws and facts of physical science have all been discovered, and these are so firmly established that the possibility of their ever being supplanted in consequence of new discoveries is exceedingly remote.”

This was shortly before physics was dramatically transformed by the development of general relativity and quantum mechanics. There are many other such quotes, apparently demonstrating the overconfidence of even the best scientists.

Naomi Oreskes, a historian and defender of science, wrote in her 2019 book Why Trust Science? that “The history of science shows that scientific truths are perishable,” and “the contributions of science cannot be viewed as permanent.”

Physics Nobel laureate Steven Weinberg has said, “There are truths out there to be discovered, truths that once discovered will form a permanent part of human knowledge.”

But Oreskes’ response is stark: “Weinberg is a brilliant man … But this comment reflects either a shocking ignorance of the history of science, or a shocking disregard of evidence compiled from another field.” She means history.

What are “scientific facts”, then? According to intellectual humility, “facts” only exist in a weak sense: they are fleeting and relative to the current paradigm. In paradigm shifts throughout history, “facts” have often been left behind, with new ones taking their place.

People who subscribe to intellectual humility aren’t necessarily saying that nothing is permanent. They are saying we don’t know which claims (if any) are immune to future paradigm change. They also don’t say that we shouldn’t trust science; Oreskes is absolutely clear on that.

But intellectual humility starts to look absurd once pushed to its logical conclusion. It would mean that we don’t really know that the Sun is a star, that continents drift, that smoking causes cancer, or that contemporary global warming is real and caused by humans.

In all of these cases (and many more), scientific community opinion put the matter beyond reasonable doubt long ago. It is absurd to suppose that, in 50 years, following a scientific revolution, we might look back and say, “People used to believe that smoking causes cancer.”

If that were reasonable, one might also suppose that the Earth might be flat. The view slides into “radical scepticism”, where one supposes that we might all be living in a dream, or in The Truman Show.

But what if I only think this way because I’m a cognitive prisoner, trapped within the conceptual scheme of the paradigm I’ve grown up in? Sure, to me it seems completely undeniable that the Sun is a star, and it seems absurd to doubt it. But perhaps it won’t seem so absurd to those living in a future paradigm.

There’s a lot to learn from history. Consider the tale of continental drift, for example. It was once merely a speculation that continents move. Then during the 20th century it became a solid theory, and eventually a “scientific fact”, becoming the consensus view among scientists.

At this point, the sceptic might think that the solid scientific consensus proves nothing, since the consensus might have developed for bad reasons such as “groupthink”. But look what happened next: we developed instruments which could actually watch continental drift happening in real time. Thus continental drift is clearly future-proof: we can see it happening.

There are many examples. We now have microscopes that can reveal the behaviour of viruses, and we see viruses doing what we already knew they were doing.

We can also use microscopes to see the structures of all kinds of molecules, and once again, in any case where there was a solid scientific consensus regarding the structure (for example the hexagonal benzene ring molecule), we find that the consensus was right. So too, when it comes to the double-helix structure of DNA.

These cases show that a solid international scientific consensus can be trusted as revealing the truth. And that includes the cases where we have not yet developed (and may never develop) technologies allowing us to observe what is currently unobservable.

What about the concern that, in the past, scientific communities reached a strong consensus regarding some idea which has now been thoroughly rejected?

I have worked out that, throughout the entire history of science, when the following two specific criteria have been met, the claim in question has never been overturned, but has instead simply been further corroborated.

First, at least 95% of relevant scientists are willing to state the claim unambiguously and without caveats or hedging. If prompted, they would be willing to call it an “established scientific fact”.

Second, the relevant scientific community is large, international and incorporates a substantial diversity of perspectives (as in, for example, climate science).

These criteria are only met when there is a huge mass of first-order scientific evidence for the claim in question. They stand as the best proxy we can ever have for the impossible alternative, namely to analyse all the scientific evidence ourselves, over many decades, from a large number of different perspectives. In practice, these two simple rules can help us identify future-proof science.

2022-09-15
Previous Post: Posh Spice sounds posher, but changing your working-class accent isn’t a ticket out of discrimination
Next Post: Stroke: young people can have them too – here’s how to know if you’re at risk and what to look out for