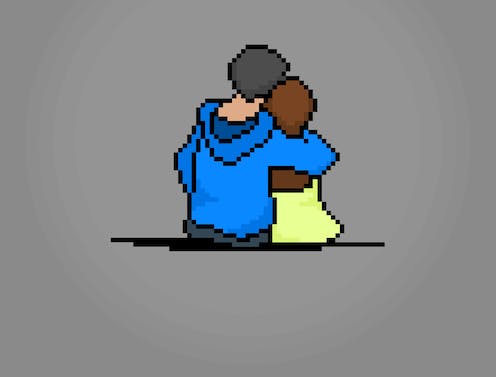 Video game developers have always sought to “find the fun” for their audiences and to provide players with exciting worlds to escape to. However, the cost of “finding the fun” was highlighted in 2014 when women in the games industry attempted to expose the misogyny in some games and in their communities.

In response, some members of the gamer community lashed out. In what became known as the GamerGate controversy, predominantly male activists sought to intimidate women in the industry with death threats and rape threats. These gamers expressed a desire to isolate the world of gaming from broader social mores.

GamerGate was a low point for the gaming world, seemingly confirming yet another poor stereotype. But in the eight years since GamerGate, the games industry has transformed. As game developers have become more diverse, so too have the people who play their games.

The things developers and players care about have changed too, heralding a new era of “values-conscious games” which explore a variety of topics, such as empathy, diversity and wellbeing. These are proving increasingly popular with existing and newfound audiences.

The gaming landscape has changed dramatically since 2014. Reports of violent video games causing real-world violent behaviour have been found to be greatly exaggerated.

Meanwhile, gaming showcases such as Wholesome Direct have grown rapidly, providing a platform for hundreds of “thoughtful, uplifting and compassionate” games that focus on “cosiness” rather than competition.

Read more:
Why do we keep having debates about video-game violence?


“Walking simulators” are a genre of game that focuses heavily on stories that unfold as characters walk around, with more emphasis on atmosphere and artistry than exciting gameplay. Games in the genre had previously been regarded as “notgames”, or games that value creativity over conventional game design, but their critical and commercial success challenges the notion of what games can be and shows that what players want from their games may be changing.

The ongoing success of Fortnite and Call of Duty, which are fairly traditional shooter games, demonstrates that “fun” is still alive and well in video games and that old gameplay formulas still appeal to many gamers. But it was Animal Crossing, where players plant trees and build homes on an island, that became known as the game of the pandemic by emphasising the importance of friendship and compassion.

Many popular games now foster a similar message, even if they also feature weapons and combat. The Last of Us: Part II, a game about the aftermath of a zombie pandemic, highlighted gay and trans characters and storylines. It sold 10 million copies.

Death Stranding, in which players traverse a post-apocalyptic America, focuses on the importance of connection. Life is Strange: True Colours, the latest in a game series in which teenagers discover and harness supernatural abilities, has even made a superpower out of empathy.

The notion of games being used as vehicles for good is nothing new. Games For Good, which aims to harness gaming’s popularity to achieve social good, was founded in 1998. However, in recent years, the ways in which games can achieve this have expanded significantly.

It’s not unusual to hear gamers state that a game fostered their empathy for a cause, encouraged them to get more active, or even changed their lives by approaching issues that they value in a uniquely immersive way. This is becoming even more important as the gaming community, almost half of whom are now women, continues to evolve.

Read more:
Debunking one of the biggest stereotypes about women in the gaming community


Values-conscious game design is a growing field in academia that aims to satisfy the demands of this evolving audience. The field suggests that a focus on values really could help enable games to both “do good” and do well.

Values-conscious games aim to make people reflect on the content of the games they play, ask questions about their own lives, and examine their biases. Players have claimed that The Walking Dead, a zombie game based around moral decision-making such as whether to save a character or escape, was more engaging because it encouraged them to reflect on their choices and actions.

Some players expressly seek to challenge their own values through “dark play”, replaying a decision-making game in order to make different choices that explore difficult topics such as sexuality, power dynamics and societal taboos.

Changing values affects game developers too. As the average age of male game developers has increased, more games have come to explore the father-child relationship. Many developers also take part in “game jams”, which encourage them to tell their personal stories through games.

More importantly, developers from different backgrounds and with different perspectives now have a seat at the table. More women, nonbinary, genderqueer and transgender people are making games, with surveys finding that these made up 38% of developers in 2021 compared to 24% in 2014.

This increased diversity has led to game-based retellings of developers’ personal experiences, such as Nina Freeman’s Cibele, which details her first sexual relationship, or Zoe Quinn’s Depression Quest, a game inspired by her own lived experience of mental health issues.

While some developers bristle when their work is classified as just another “empathy game”, it is nevertheless heartening to see how values-conscious games are meaningfully affecting the lives of their players. Players of Depression Quest, for example, cite the game as the reason they sought help for their struggles.

Positive outcomes can also come from the most unexpected of sources: Tetris has been shown to reduce flashbacks of traumatic memories, Bejewelled may reduce depressive symptoms and stress, and Pac-Man can help autistic children build social skills.


It’s clear that values-conscious gaming is not here to take the “fun” out of video games or to fan the flames of GamerGate. Instead, by presenting games as a medium for exploring the important things in our lives, value-conscious games provide a valuable opportunity for new demographics of developers to start making games, and new demographics of players to start playing them.

In 2022, games don’t just have to value fun. They can value empathy, mental health and an array of diverse and inclusive stories, among other things. The trend since GamerGate suggests a hunger for games that challenge players in fresh, new ways and speak to things that players care about. I, for one, can’t wait to play what’s coming next.

Adam Jerrett does not work for, consult, own shares in or receive funding from any company or organisation that would benefit from this article, and has disclosed no relevant affiliations beyond their academic appointment.