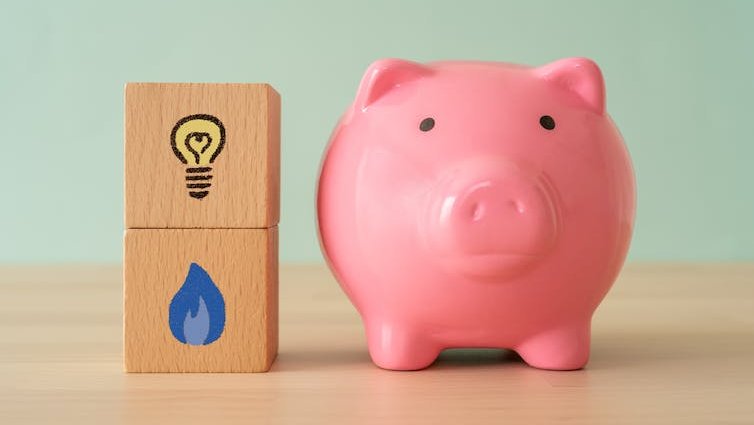 Liz Truss is set to be confirmed as the new British prime minister after a lengthy and intense leadership contest against former chancellor Rishi Sunak. But the UK faces significant economic problems this autumn that might leave the new PM wishing she hadn’t fought so hard for the job.

Truss appealed to the members of the Conservative party – the people eligible to vote in the contest – thanks to the simplicity of her message: she promised to cut taxes, get rid of EU laws, reverse the national insurance increase and put a moratorium on the green energy levy, which sees consumers paying part of their energy bill towards environmental projects.

Her immediate period in office, however, is unlikely to be simple. The two most pressing issues facing the country are high inflation and high energy prices. Even though the rise in the price of energy is the largest contributor to inflation, the two problems are not identical and will require different responses.

During the leadership campaign, Truss resisted pressure to freeze the energy price cap in the coming six months so that energy companies could not impose another price hike. This risks pushing two-thirds of households in Britain into fuel poverty, as they will be unable to heat their homes at healthy recommended levels.

The seriousness of the problem was exemplified when Christine Farnish resigned as director of energy regulator Ofgem just before Truss took office. Farnish said she felt the regulator was putting the interests of suppliers above the interests of consumers.

Meanwhile, inflation rose to 10% in July, meaning that prices were 10% higher in July 2022 than in July 2021. This is the highest inflation rate in 40 years. More worrying is that the increase in inflation is driven not only by high energy prices by also by high food prices.

The cost of milk, for example, has spiralled by 40% over the past year alone. Many of the products going up in price (including milk) are typically resistant to inflationary pressures, which indicates that inflation is here to stay. All of Truss’s actions in the immediate term will play out against this backdrop.

Bringing inflation down and addressing the rising cost of living is going to be financially and politically difficult. The COVID lockdowns and the war in Ukraine are not the only factors behind high inflation. Low interest rates and quantitative easing have also contributed to higher asset values and higher spending by households since the financial crisis of 2008.

Not all households are affected equally by the measures needed to stabilise inflation. The wealthy see an increase in their savings while those without savings and relying on their labour for income are the ones that will feel the consequences of recession. However, middle class households will also feel the economic pain of inflation stabilisation as their mortgage payments rise.

Truss is likely to suffer electorally in the wake of an interest rate rise, especially since, after years of fiscal austerity, public services are struggling and welfare payments are minimal, making the effect of economic recession even harder on lower and average income households. Historically, governments have been faster in reducing inflation and more aggressive with raising the interest rate when they can rely on a generous welfare state and unemployment benefits to protect people.

The new PM’s negative stance towards trade unions could further reduce public support for her government. Truss has declared that she will not work with trade unions to address the cost of living crisis, risking a prolonged period of strikes across the country as wages fall behind inflation.

With all this coming rapidly down the line, it is hard to see the new prime minister winning huge support from voters at the next election, particularly given the position she has taken on economic issues during the leadership campaign. In fact, it’s hard to see why anyone would want to be PM at this moment in time.

Despina Alexiadou does not work for, consult, own shares in or receive funding from any company or organisation that would benefit from this article, and has disclosed no relevant affiliations beyond their academic appointment.

2022-09-06
Previous Post: Seaweed is high in vitamins and minerals – but that’s not the only reason westerners should eat more of it
Next Post: This Follicle-Hacking Drug Could One Day Treat Baldness