Is the UK heading into an election? Five signs to look out for in the first few weeks under Prime Minister Liz Truss 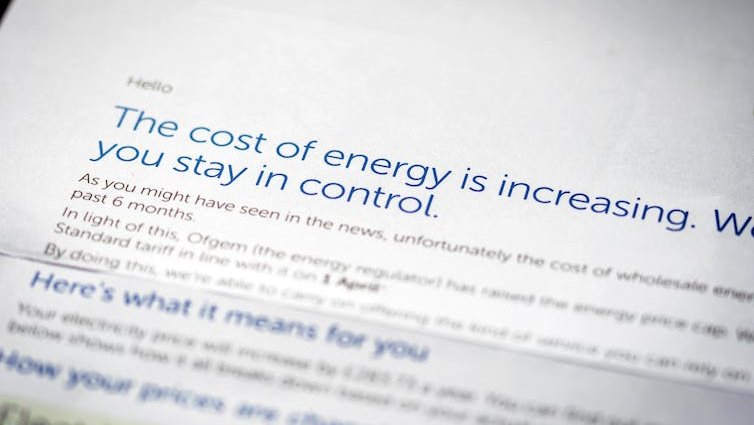 Prime ministers who ascend to office between general elections are often egotistically keen to secure a personal mandate rather than relying on the achievements of their predecessors. Naturally, then, many are now wondering if newly installed Prime Minister Liz Truss will call a general election.

She must do so before then end of January 2025 and in her first speech as party leader she indicated that she intended to lead her party to victory “in 2024” but the date is far from set in stone. She will be thinking carefully about whether pulling the trigger soon would be a better option than holding off until the last minute.

Here are five signs to look out for that might indicate whether an early election is a likely prospect.

Early polls are a crucial gauge of a new prime minister’s popularity and a sign that it may be worth seeking a personal mandate sooner rather than later.

Truss will be hoping for a poll bounce as the fresh face in 10 Downing Street. Whether this materialises – and how large a lead she achieves – will be key in her decision to hold an election sooner or to hold off.

The calculation is not straightforward. Public opinion can be volatile once you’ve called an election so what looks like a strong lead can suddenly evaporate. True, Boris Johnson secured an 80-seat parliamentary majority when he called an election in December 2019, shortly after taking office as a mid-term prime minister, but one doesn’t need to look further than his immediate predecessor to see how easily fortunes can swing in the other direction.

Theresa May inherited a healthy parliamentary majority from her predecessor and then recklessly squandered it with an early vote that saw her forced into minority government.

Truss will be hopeful of returning her party to a healthy poll lead at the very least. A significant lead may encourage her to roll the dice and call a vote. If she can push the Tory poll figures back towards 40% (where it hovered for many years until recently), and there is a corresponding Labour fall, then it might make her think it’s a good idea to trigger a vote.

2. A change of tune when asked the magic question

It’s par for the course for prospective prime ministers to talk down the possibility of an election before they actually get the job. Suggesting the nation be put through the turmoil of a general election is not a vote winning strategy, particularly at a time when the electorate is weary and concerned with other things.

However, in reality it is what happens after the job is secured that really counts. Look out for changes in Truss’s language, tone and emphasis in response to questions about an election over the coming weeks. If she starts to return ambiguous responses such as “not now” or “I couldn’t comment”, or if she changes the subject, that could indicate that she’s considering her options.

However, the experience of Gordon Brown in 2007 should serve as the ultimate warning that once you set such general election rumours in motion, it’s hard to back down from them without losing face.

After letting everyone believe an early election was imminent, Brown dithered. His failure to call the vote he had trailed ultimately weakened his position for the remainder of his premiership. He was relentlessly taunted by then opposition leader David Cameron, who claimed that Brown was “the first prime minister in history to flunk an election … you thought you could win”.

The fortunes of the opposition will be a particular area of interest for the new prime minister when calculating her electoral strategy.

Labour’s polling has only marginally improved since its demoralising electoral defeat in 2019. Figures under Keir Starmer have only averaged four to five points higher than the 32% achieved then under Jeremy Corbyn. Even in August, with a lame duck prime minister in Downing Street, the average Labour lead was below 4%.

If Labour’s figures continue to flounder and Starmer fails to make an impact in the first weeks of the new administration, then an election gamble under a revitalised Conservative leader may become a serious option.

Prime Minister’s Questions could emerge as a key arena. Look to see if Starmer can land some visible political blows to put the new prime minister on the back foot or if she achieves the same in reverse.

4. The cost-of-living crisis gets worse

If the economy continues to deteriorate over the next month or so, then that would surely be a warning to refrain from an early electoral contest. Timing a vote when the public is suffering financially would almost certainly inflict damage on the new prime minister. She would risk a backlash for failing to reverse a prolonged situation that was happening while she was part of Johnson’s cabinet.

Look also to how media outlets cover this issue under Truss. Are they blaming her or giving her the benefit of the doubt? Any prime minister makes a very careful assessment of how they are being treated by the press before gambling on an election. In her case, the right-wing media response is the most pertinent, particularly among Johnson loyalists.

The Conservative party is ruthless in terms of its political re-invention, spurred by a thirst for power and an image of itself as the “natural party of government”. The mid-term successions of John Major in 1990 and Johnson in 2019 show that a new leader can revive the party’s fortunes while still in power. However, the party was bitterly divided over Johnson and the tone of the leadership contest between Truss and her rival Rishi Sunak has not helped heal the wounds.

Truss must closely observe the mood and chatter of their backbenchers, specifically whether the hostile briefings and disunity that have been occurring continue or fade away.

If a new sense of internal unity emerges around the new leader, the Conservative party may be better poised for an electoral contest than has been the case for some time.

Ben Williams is a member of the UCU and Amnesty International.