After a number of seasons of performing badly, the 26-year-old called time on his Tottenham career.

Alli joined Everton in January earlier this year on an initial free transfer, but failed to rediscover the form he showed in the early days in the Premier League.

the 37-capped ace failed to score in 13 appearances and was subsequently shipped out on loan to Turkish side Besiktas.

And legendary Prem and Spurs manager Redknapp has admitted he encouraged an Alli transfer to Everton in the first place.

Redknapp says he rang up nephew Lampard, telling him he was the man to get Alli firing again. 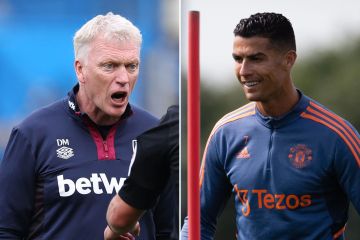 Speaking to talkSPORT, Redknapp said: “I called Frank and said, ‘take the chance on Dele Alli. He’s got fantastic ability and you can get him going’.

“Going to a big club like Everton could give him a big lift and Frank said he was down the road already and I said, ‘brilliant, I think he’ll be great for you’.”

Redknapp continued: “He was a disaster, a disaster.

“I watched him play and he loses the ball, he walks and doesn’t run, I don’t know what’s happened to him.”

Alli’s start to life in Turkey has been far from a “disaster”, like it was at Everton.

The midfielder impressed on his debut, earning rave reviews from the Turkish press.

And he scored in his second game for the club in a 3-2 win over Ankaragucu.

2022-09-05
Previous Post: Liz Truss: who is the UK’s new prime minister and why has she replaced Boris Johnson?
Next Post: Research Associate in VR/AR Technology (fixed-term post) at University of Bath