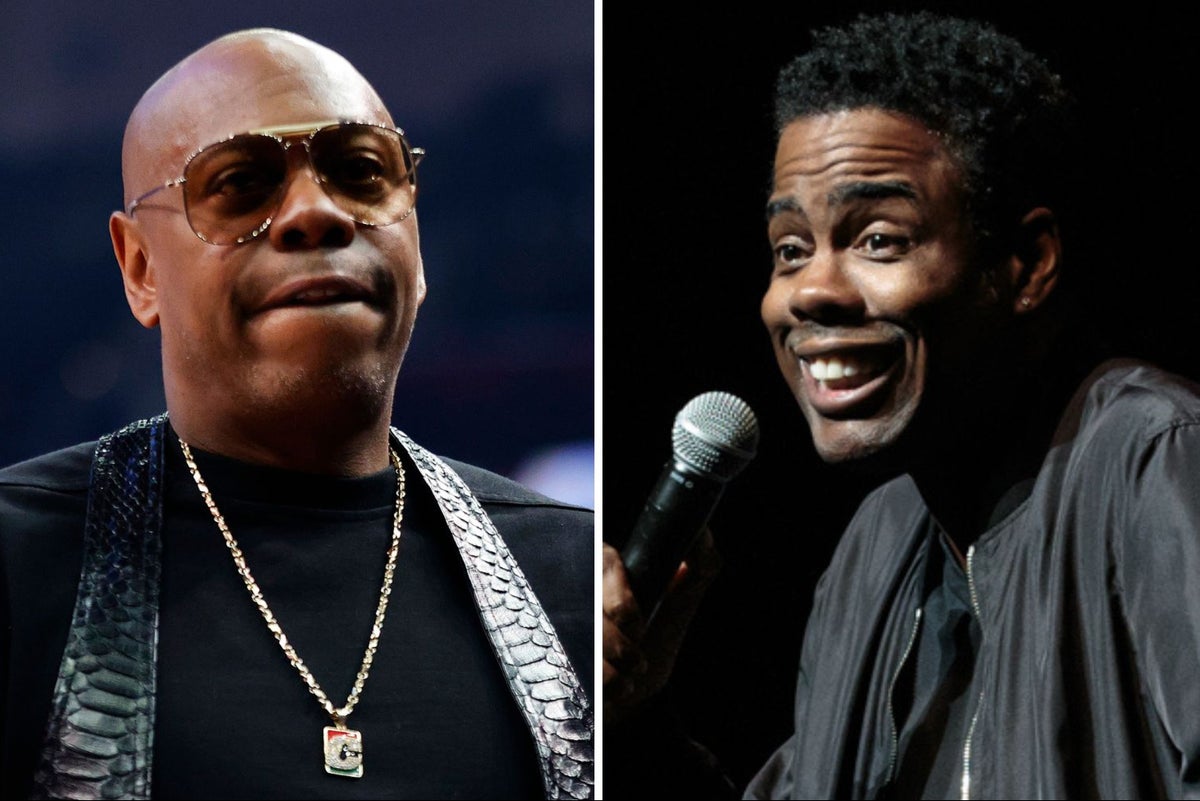 hris Rock and Dave Chappelle have been at the top of the stand-up mountain for many years. More recently they made headlines for other reasons. Rock for being hit by Will Smith at the Oscars in March, Chappelle for being accused of transphobia and then being attacked onstage at the Hollywood Bowl in May.

Both men addressed these incidents in back to back sets that had momentous peaks and lesser moments. Friendly rivalry was never far away. Chappelle quipped enviously that Rock had been hit by a movie star rather than a mere member of the public.

Rock has his own take on the Academy Awards slap that followed his reference to Jada Pinkett Smith’s alopecia. On this brief English arena tour he has been saying that of course it hurt, he was hit by the man who played Muhammad Ali.

It was Chappelle who spoke at length about the incident. He was very much “team Chris” but could see both sides, suggesting that Will Smith’s mask had slipped and he was that West Philly kid again, maybe not such a bad thing. Perhaps we would all be better people if we let our masks slip, he added.

If Chappelle was forgiving of Will Smith, he seemed less forgiving of those who have accused him of transphobia in his Netflix special The Closer. He appeared unrepentant about the controversy and expressed sarcastic surprise at there being so many transgender people to protest at Netflix.

It was a pity he did not use these gigs to draw a line under this story. Instead he moved on to talk about his marriage and the unconventional ways he has behaved. Let’s just say his use of mackerel might put you off your fish supper.

Rock’s material on race was strong and maybe no surprise his set felt more polished as he has been touring for a while. His views about women were traditional – young women want shoes, older women want motoring advice – but he also had the awareness to send himself up, joking about missing out on work to fellow superstar Kevin Hart.

Chappelle was the more muscular in every sense of the word, smoking and stepping back to laugh at his punchlines even when they were not quite as razor sharp as they could have been.

This once-in-a-lifetime tour unites two men who will forever be linked by two memorable onstage events in 2022. As Chappelle recalled, after he was tackled at the Hollywood Bowl Rock was the first star who rushed onstage. And much to Chappelle’s chagrin Rock was also first to crack a gag. “Was that Will Smith?” he said of the alleged assailant.

A flawed yet unique encounter with two comedy titans.

2022-09-05
Previous Post: My tot’s tummy & leg pain was brushed off as Covid by doctors – the real cause was every parent’s worst nightmare
Next Post: An Old Casio Keyboard Changed Everything for Julia Jacklin