Ozzy Osbourne: I’d be dead if not for Sharon 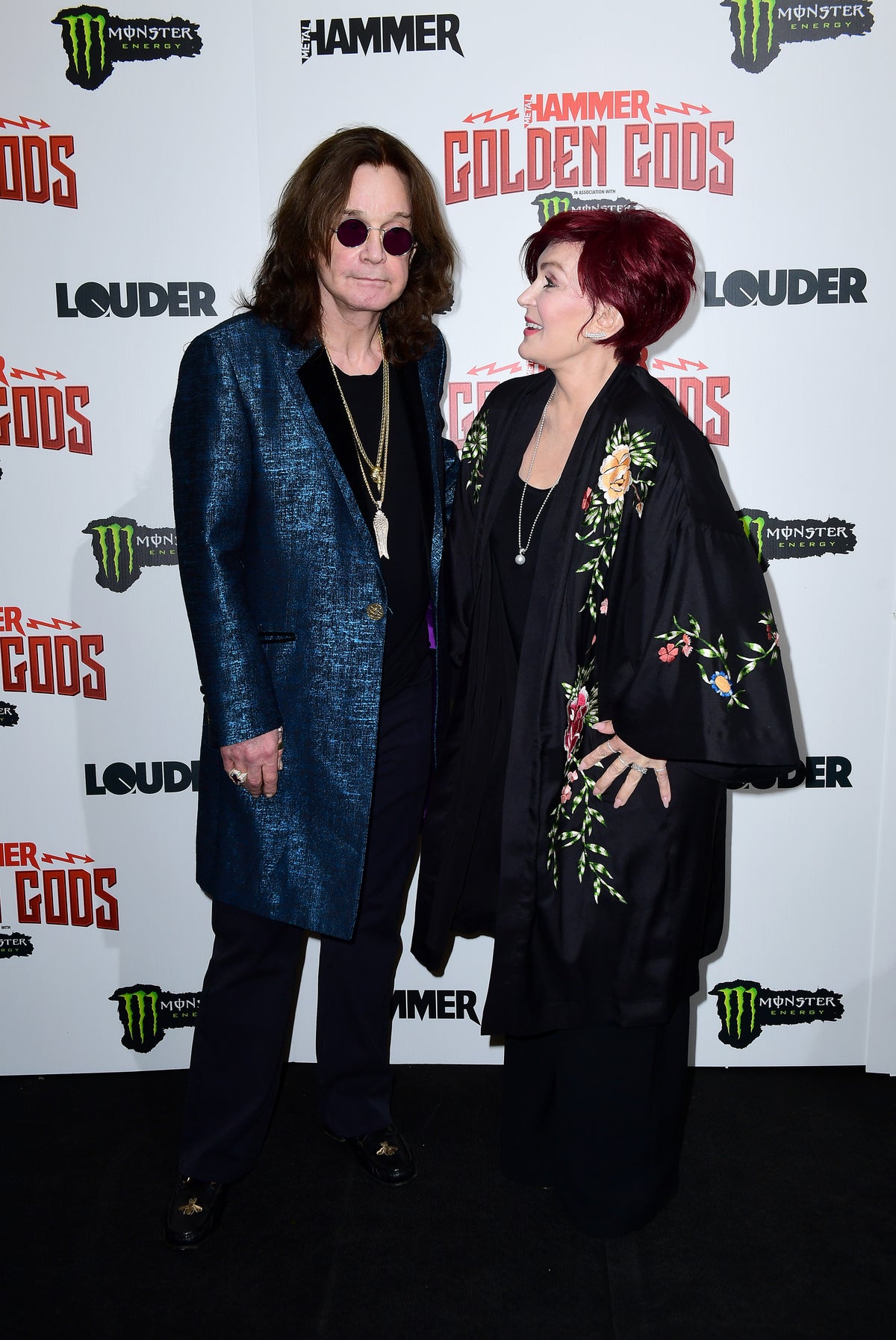 zzy Osbourne has said he would “be dead” if not for his wife Sharon, after their marriage led him to cut down on drinking and drug use.

The Black Sabbath frontman, 73, who recently appeared in his home city Birmingham to close the 2022 Commonwealth Games, said he is now “boring” following his most recent detox.

Osbourne spoke about his marriage in an interview with the Independent, having recently celebrated his 40th wedding anniversary with the former X Factor judge.

Asked about the secret to a happy marriage, he replied: “Love, I suppose. If it wasn’t for Sharon, I’d be dead.”

He continued: “I was doing f****** huge amounts of drugs and booze. I never stopped.

“People wouldn’t know if I was gonna go through the door, the roof or the window.

In June the musician underwent “life-changing” surgery to help with an injury sustained during a quad bike accident in 2003 which left him with lasting damage.

Sharon, 69, thanked their fans for their “love and support” shown in the lead-up to the surgery.

Ozzy, who has a form of Parkinson’s disease, also faced concerns after contracting Covid-19 in April but has since made a full recovery.

They have three children together: Aimee, Jack and Kelly. Singer Kelly, who duetted with her father on the UK number one single Changes in 2003, recently announced her own pregnancy.

Ozzy and Sharon have also said they will be relocating back to the UK after living in Los Angeles for more than 20 years, which will be documented in a new BBC series.

Home To Roost, a 10-episode series, is a revival of the family’s fly-on-the-wall show The Osbournes, which ran from 2002 to 2005 documenting their life in LA and is credited with being one of the first hit reality TV formats.

The series will follow the Osbournes as they celebrate one of their most important years yet – with everything from Sharon’s 70th birthday to Kelly’s soon-to-be-born baby, Ozzy’s tour, and the move back to the UK.

“This will be a genuine portrait, showing Sharon and Ozzy as they face up to illness and the challenges of getting older, but with the usual Osbourne eccentricities, humour, warmth and love,” a statement from the BBC said.

Clare Sillery, BBC head of commissioning, documentaries, says: “I’m delighted that the Osbournes will be sharing this next chapter in their lives with BBC viewers in what promises to be a funny, moving and honest insight into their new life in the UK.”

2022-09-03
Previous Post: Online reviews are broken – here’s how to fix them
Next Post: The Weird and Wonderful Dual-Purpose Devices at IFA 2022