MANCHESTER UNITED are back in a big Premier League clash TODAY as they take on Arsenal at home.

United still have Leicester to play tonight at the King Power, and they’ll be eager to pick up a win before their clash with the Gunners.

Erik Ten Hag‘s men have got themselves back on track since their opening two defeats of the season against Brighton and Brentford.

Wins over Liverpool and Southampton have brought United back into the fold and a win over the Foxes tonight would further cement themselves as top four candidates.

Arsenal, however, have started the season in blistering form, winning all five of their opening games.

The Gunners overcame Aston Villa 2-1 on Wednesday night, just days after coming from behind to beat Fulham too. 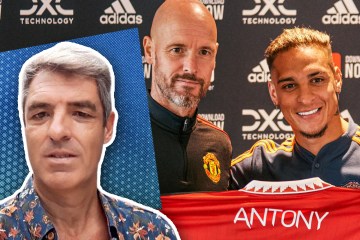 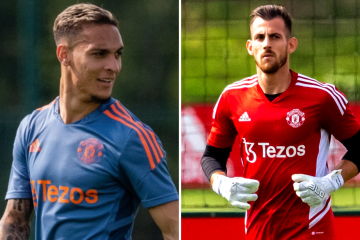 What time does Man Utd vs Arsenal kick off?

What channel is it and can it be live streamed?

Mikel Arteta spoke of the injury Martin Odegaard picked up in the win over Villa.

“He was struggling. It was very recent, so we’ll have to see over the next few hours how he recovers.”

Aaron Ramsdale also picked up a thigh injury in the win, but he managed to play the full 90 minutes.

Arteta said: “I think he felt something, I don’t know what exactly. He managed to finish the game, but he’s another we’ll have to assess.”

Arsenal will be hopeful Oleksandr Zinchenko will be back for the United clash, having missed the last two with a knee sprain.

United could give Antony his debut after signing for £85million.

*Odds courtesy of Betfair and correct at time of publication.