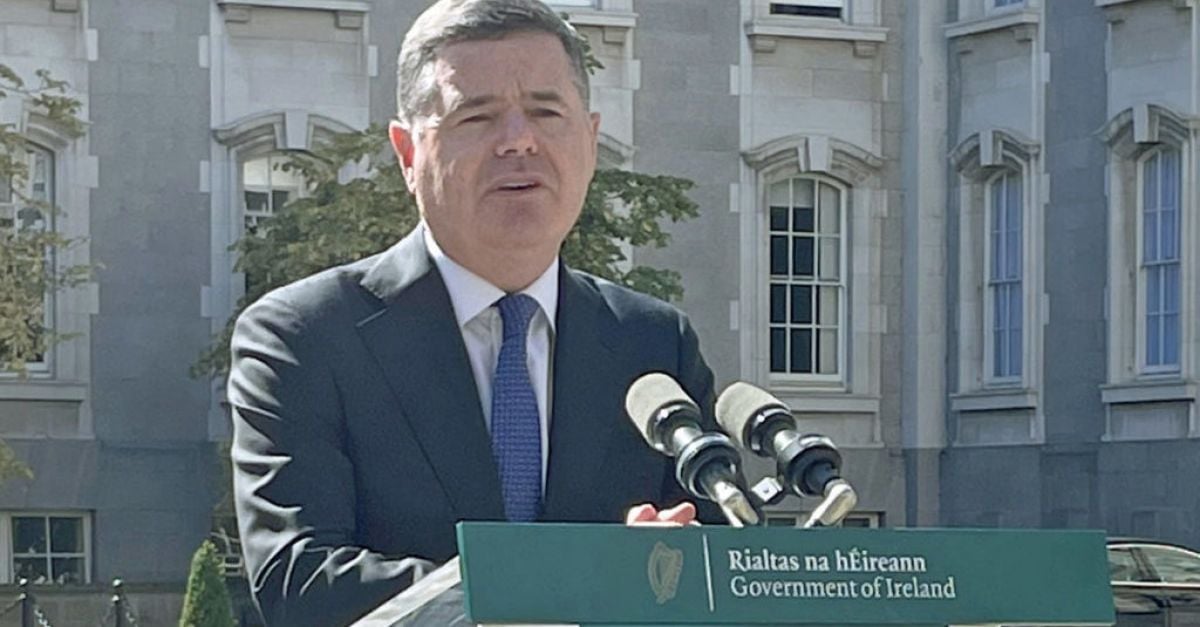 The Government will take action to help people with “unaffordable” increases in energy prices, the Minister for Finance has said.

Paschal Donohoe said measures aimed at assisting people with the increased cost of living will be at the heart of the Budget later this month.

He also said he was “closely monitoring” the race for prime minister in the UK in anticipation of the effect it will have on the Irish economy.

The Fine Gael minister made the comments on Thursday following the publication of the Annual Taxation Report.

It comes as Electric Ireland became the latest energy supplier to announce a price hike across the island of Ireland.

From October 1st, it plans to increase residential electricity bills by 26.7 per cent in Ireland and 29 per cent in Northern Ireland.

Mr Donohoe said the Government recognises that “rapidly increasing bills are a source of genuine and real worry ,and pose so many challenges to so many people”.

“We appreciate this,” he said. “What I want to do is emphasise the action the Government will be taking to respond back to a challenge that is deepening and increasing at a rate that can be and will be unaffordable.”

He said the Government was involved in a number of steps at national and European level to help people cope with the increasing cost of energy.

He said the Government decided to bring forward the Budget to the end of September “in anticipation” of rising energy bills.

“The Government will be bringing forward a budget in a number of weeks’ time that will have, at its heart, measures that can assist, that can help, with the rising cost of living and measures that we aim to implement within 2022,” he added.

Mr Donohoe will attend a meeting of G7 finance ministers on Friday afternoon.

He said the focus will be on how the largest economies in the world can respond to the “significant and deep challenges” being posed to households and businesses due to the rising cost of energy.

The minister said broad policy measures need to be introduced rather than targeted ones.

“The changes that are being made now in monetary policy are broad,” he said.

“The reason they are broad is because of the changes that are taking place in inflation have been broad and are now being felt by all.”

He said one of the “great challenges” will be trying to assist the large part of society “who are earning enough that they don’t qualify for any means-tested payments, or don’t qualify for support through our social welfare system, but are not earning enough to be insulated from the big changes that are happening at the moment in the price of electricity and the price of gas”.

“That is a really important group within our economy, within our society,” he said.

“They are facing, yet again, after the pandemic real anxiety and worry, and I believe it is very important that the Government plays their role and looks at how we can offer them support later on in the year.”

Speaking at Government Buildings in Dublin, Mr Donohoe also said whoever becomes the next prime minister in the UK would make a difference to Ireland.

“Whoever is the next prime minister of the United Kingdom and whatever economic policy decisions they make is a matter for them,” he said.

“But we are a small, open trading economy. And it matters to us.

He added: “Our key trading partners are within the European Union, are within the United Kingdom and are within the US, and any change in their economic performance, of course, is something that can have an effect on our national economic prospects, on our forecasts for economic growth for the Irish economy.

He added that the “resilience and strength” within the Irish economy at present puts the country in a position that will allow Ireland to respond to any changes later on this year and next year.