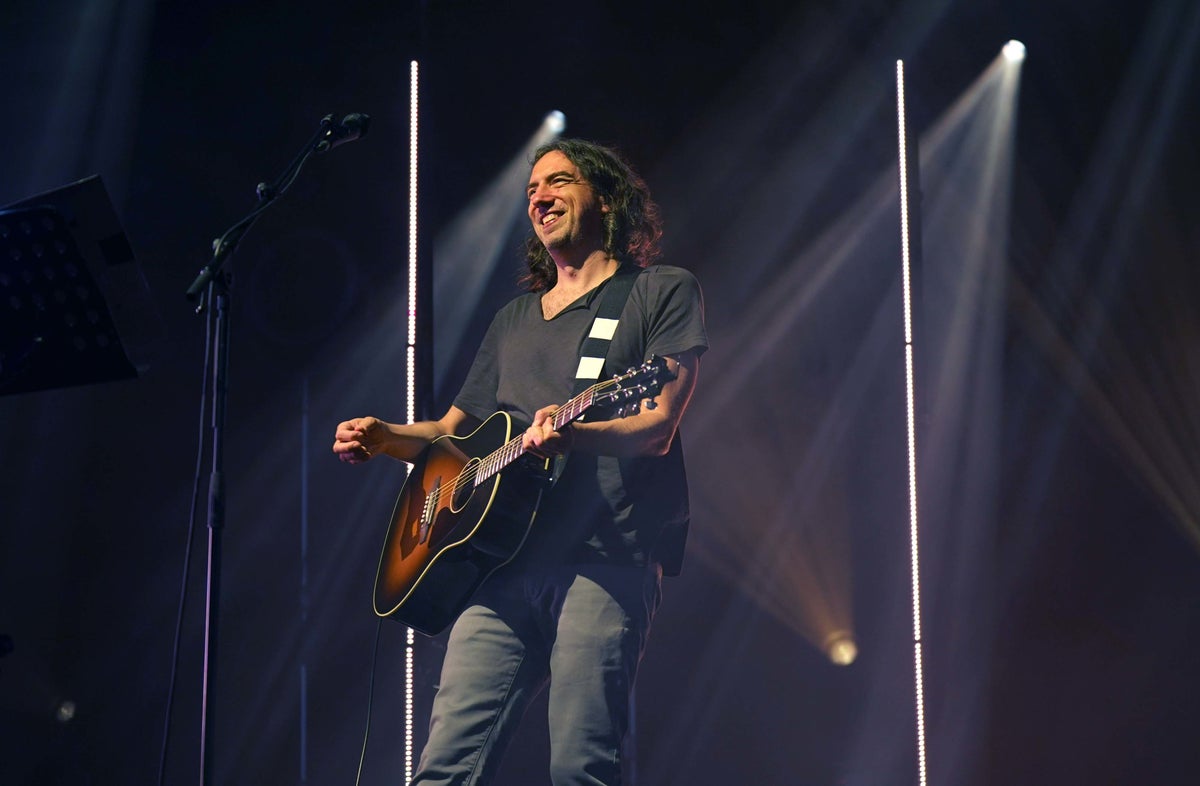 housands of people have gathered in Co Down to watch Snow Patrol frontman Gary Lightbody “Take Back The City” of his birth.

Bangor Marina was transformed with a temporary arena filled by an audience of 5,000 people as Lightbody arrived on stage to celebrate receiving the Freedom of the Borough of Ards and North Down with his band and fans.

Lightbody focused on music rather than speeches, opening the gig with one of the band’s best loved hits, Chocolate, before running through a series of their classics, including Run, Crack The Shutters and Set The Fire To The Third Bar.

He described the performance as the band’s biggest acoustic gig yet, playing to the lucky 5,000 people who secured tickets before they sold out within 26 minutes of being released.

He said previously their biggest acoustic gig had been in front of 3,000 people.

Noting the band is almost 30 years old, Lightbody said he needed notes to remember all the lyrics, but promised he had indeed written them all.

The festivities started at 6pm with support act performances from The Florentinas, Lucy Gaffney and David C Clements.

Tuesday evening saw the formal conferment of the Freedom of the Borough of Ards and North Down on Lightbody at Bangor Castle.

However Wednesday night saw him share his celebration with the rest of Snow Patrol and their fans.

The seafront gig was part of the Open House Festival, with profits to go towards the redevelopment of the old Bangor Court House into a non-profit music venue.

Lightbody, described as Bangor’s most famous son, grew up in the Co Down town which was recently awarded city status as part of the Queen’s Platinum Jubilee celebrations.

He went to university in Dundee where he formed Snow Patrol.

Ards and North Down mayor Karen Douglas paid tribute to the music man putting Bangor on the international map with three massive gigs in Ward Park.

“He is a superb role model in the music industry and an ambassador for Northern Ireland so it is very appropriate for him to receive the highest honour that Ards and North Down Borough Council can bestow,” she said.

Freedom of the borough is an ancient privilege dating back to the 1600s.

Lightbody was made an OBE in 2019 after he founded the Lightbody Foundation, a group which gives annual donations to charities across the country.

He was also instrumental in the establishment of Oh Yeah Music Centre in 2007, a charity and social enterprise in Belfast, formed as a resource for music makers and to support the music business in Northern Ireland.