CALLUM HUDSON-ODOI has joined Bayer Leverkusen on loan for the season – and thanked Kai Havertz for convincing him to try his luck abroad.

But there is NO option for the Bundesliga side to buy the Chelsea winger in the contract.

Hudson-Odoi, 21, was an unused sub in the Blues’ last three Premier League games and has not played a competitive minute of football since March 2 against Luton in the FA Cup.

The arrivals of Raheem Sterling, Carney Chukwuemeka and Marc Cucurella have further hindered his chances of game time either at wing-back or in attack.

But now he can get regular action in Germany’s top flight under Gerardo Seoane.

Hudson-Odoi, the new No17, said: “I’m definitely excited. I think it’s a new experience for me – I haven’t been anywhere else but Chelsea. 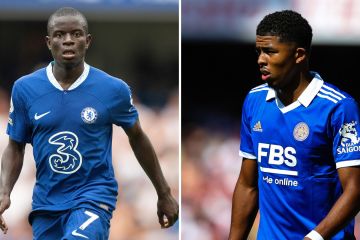 “The project [is attractive]. I said to the family that I want to go out there and make sure that I’m playing football and get the opportunity to play in front of great fans. It’s massive for me to come here.

“Kai Havertz told me it’s amazing, obviously, that everyone around that he’s been with the past years have been amazing for him.

“He enjoyed every moment of it and he said you’ll love it over there – just go, do you and be confident and everything will go well.”

That means Hudson-Odoi could face Atletico Madrid, Club Brugge and FC Porto in Group B.

The loan deal, which Chelsea have the option of terminating and recalling their academy graduate in January, comes two years after the winger was heavily linked with a £70million transfer to Bayern Munich.

Hudson-Odoi made his first-team Blues debut in January 2018.

This is the first loan move away from Chelsea for the Under-17 World Cup champion, who joined the Blues academy at U8s.

2022-08-30
Previous Post: Energy price freezes and business support are sticking plasters – here’s how to protect UK families and companies from future crises
Next Post: Ukraine war: the push to recover Kherson in the south is on – will it succeed?