THOMAS TUCHEL tore into his Chelsea flops, branding them an easy touch after a second successive away-day shocker.

Co-owner and chairman Todd Boehly was at St Mary’s as Chelsea lost on the road again, following their 3-0 hammering at Leeds.

“We’re not tough enough to win these matches away from home. It’s a little the same story as at Leeds.

“Today we scored but one sloppy bit of defending and we are off balance and we did not react to it. 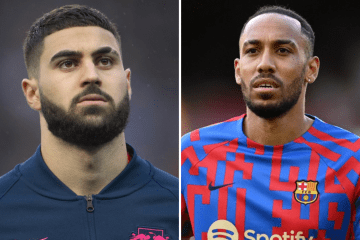 “We were lucky not to concede a third goal. We were not tough enough to react and push it over the line.

“Just toughen up and show the mentality. I don’t like to talk about it because you can’t prove it with data or body position. But both goals are cheap goals, soft goals, and should not happen.”

Tuchel said Chelsea were suffering from a rash of injuries to key players, with Reece James unavailable due to illness and Ruben Loftus-Cheek coming off at half time with a hamstring problem.

The Blues head coach was at a loss to give answers to their early season woes and wants his players to step up.

Tuchel added: “If these key players are missing, you need to show a different mentality. It’s not [been] enough to win at Leeds and Southampton.

“The line is so thin between excuses and explanations I better not go down this road as I don’t want to give any chance for excuses. We need to find solutions.

“What will help is the closing of the transfer window. We will know who has the full commitment that we can demand.

“Everybody including myself has to step up to a new level of performance because these are OK performances, not a disaster, but OK can never be enough.”

And ex-Blues striker Timo Werner showed Tuchel’s side what they are missing with a first-half hat-trick in Leipzig’s 8-0 thrashing of minnows Teutonia Ottensen.

But this was also a good night for Southampton, who were superb to take all three points in an intense and high-quality display just days after losing to Manchester United.

Boss Ralph Hasenhuttl said: “We played the same but the only difference was we scored twice and turned things around against Chelsea.

“The atmosphere in the ground was sensational. That carried us over the last 15 minutes when we were under pressure.”

The only disappointment for Saints was an injury to Lavia, who became the first player born in 2004 to score in the Prem.

Lavia said: “It is an amazing feeling to bounce back from the defeat at the weekend. I have not scored in a long time, so what a feeling to score here at home and in front of my family as well.

“I’ll be honest I don’t really score like that even in training but today was my lucky day, it went in.

“We don’t stop. It is about the spirit of the team, we always communicate and tell each other to keep pushing to the end. We are building a great core in the team, we keep building.”